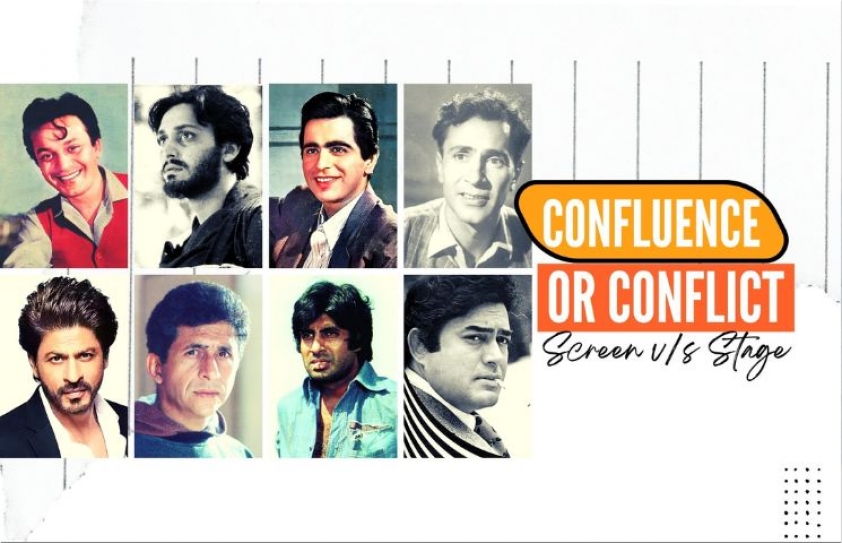 Monojit Lahiri attempts to explain how the screen and stage reside in two entirely different orbits with the only commonality being… acting!

Dilip Kumar and Balraj Sahni, Uttam and Soumitra, Amitabh and Sanjeev, SRK and Naseeruddin, Salman Khan and Nawazuddin, Katrina and Konkona, Priyanka Chopra and Bhoomi.... for generations, heated debate and discussion about positioning and preferences of actors who have theatre background and those who have flourished on the silver screen have stormed center-stage with no real conclusion. Why? The screamers and loyalists have clearly goofed up, mistaken the wood for the trees and lost the plot.

Fact is, they reside in two different planets with the only commonality being acting. They demand and explore completely different craft and skill sets and even from the audience point of view, the compulsions and expectations are poles apart. Many established stars find it fashionable to talk about their (non-existent?) theatre experience with misty eyes accompanied by the clichéd line “Theatre was my launch pad and remains my first love but today, due to my film commitments...”! The fact is, for most, their theatre effort, if any, would have been some ados-pados appearance or some vague, unknown group nobody remembers or cares about. It’s like bathroom singing!

Cut to the chase. The most outstanding difference between the two is that theatre actors have admirers; movie stars have worshippers! Why? Reason being: because the platform and settings, linear truth as against high-pitched gloss, glamor and glitz, are completely different. The essential requisites for the stage performer are to be seen and heard clearly and have a flexible and trained voice, powerful enough to be heard even in a thousand-seat auditorium. The nuance of the dialogue too must be conveyed through vocal pacing, expressiveness and variety with pauses playing a critical part. The voice must act.

Above all, it is imperative that he/she is believable even while reciting dialogues that are stylized and unnatural. Interestingly, physical requirements are much less demanding in theatre than films because of low visual saturation. Actors can play years beyond their actual age provided their voices and bodies are flexible enough. Finally, theatre acting preserves real time and therefore it is the task of the performer to build the character, scene-by-scene and sustain energy levels right through. No retakes. One mistake and problems can rush in. 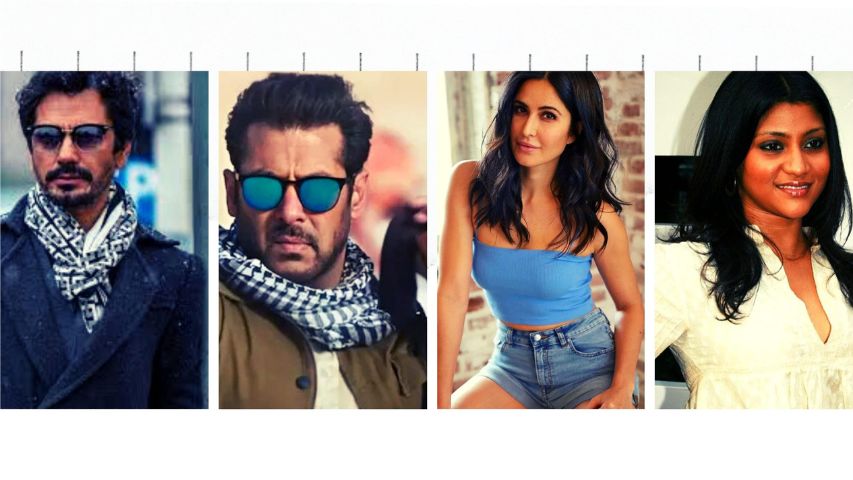 In the cinema, the Big Screen, it is a different scene. The actor must think and let his thoughts work upon his face. Unlike the theatre, a player in the movies is not so restricted by vocal requirements because this can be controlled technically. For example, Monroe’s girlish voice wouldn’t have gone through three rows, but on film, projected childlike vulnerability and intoxicating appeal of those vagaries zillions! Here too, with the exception of Amitabh, few have voices that really zonk you, but does that hamper their star appeal?

Sometimes, off beat voices too hold a charm of their own and hit target. Gary Cooper, John Wayne, Clint Eastwood and Arnie Schwarzenegger are classic examples. Movie actors’ features don’t have to be attractive but expressive and clumsy moving, unlike the stage, is not a disadvantage. The Director can fix it. Also, the movie actor doesn’t have to sustain a performance long because he doesn’t have to build emotionally as the stage actor must. However, he must focus and specialize on an intense degree of concentration on and off for very short periods of time. Make the unbelievable believable, no matter how bizarre. Besides, because acting in cinema is restricted to short segments of time and space, the movie actor doesn’t need a long rehearsal period to establish a sense of ease with co-stars. Spontaneity works.

In conclusion, cutting from close-ups to long shots, a perspective and back-story is in order.

Stars are born, but most of Cinema’s early stars were offspring of a union between theatrical tradition and technological change, never officially recognized, much less blessed by those who participated in it. Such dubious parentage had enormous consequences. It helped being a wholly new art form, but it also created a problem familiar to anyone who has ever been asked to scrutinize a newly born infant and pinpoint which parent he/she resembles and more. The safe answer is none - but wait a little till the child grows up and develops a personality of his/her own. Actually, instead of this paranoia, it would have been more meaningful if more of them had recorded their awareness of what was happening to them, as the Cinema multiplied their image, altered their personalities, projected their uniqueness and forced film-goers to participate in the collective experience. In a way, this template had an eerie similarity with tribal worship, myth and primitive magic.

Stardoms crystallizing moment seemed to have come when a player became dramatically aware of the power he/she wielded. It is not quite the same as popularity, because the power of stardom strikes home to an artist as a disproportion between whom he thinks he is and how others see and think of him. As an emotional response too, it is totally different in nature, kind and fervor that greeted stage celebrities. It is close and personal, radiates love yet turns the loved one into an object. It derives from a star’s uniqueness but is diffused by his ubiquity.

Hence, how movies, without any tradition and perceived as back-street entertainment by the snooty and snobbish, attracts such massive mass craze remains one of God’s greatest mysteries and a source of endless wonder to the purists! Kya kare Boss, we don’t live in a perfect world, remember?