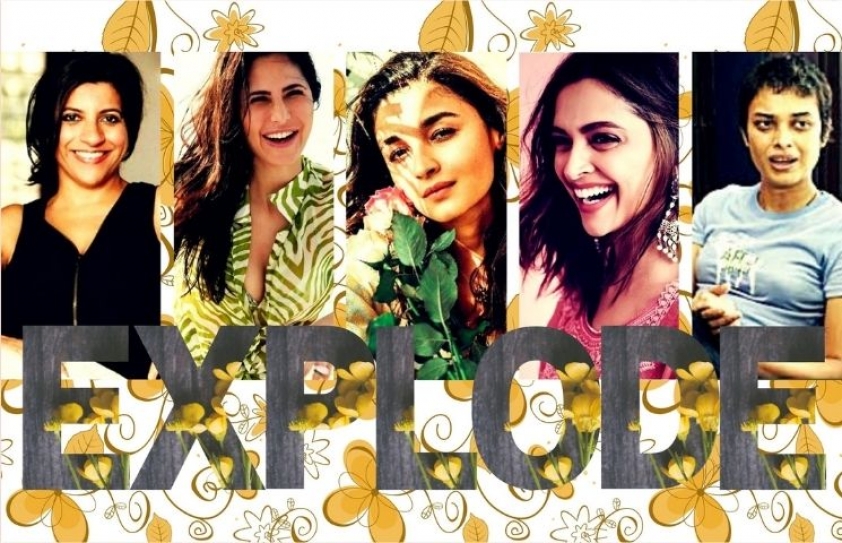 Will the recent whammos unleashed from these female big-hitters trigger more of the same? Monojit Lahiri attempts a checkout.

Gehriayan. Fame Game. Gangubai. Jalsa. All headlined by strong, gifted actors eager, willing and ready to walk on the wild side; desperate to go full throttle to seize not only the looks and accent but also the voice of the character portrayed, yearning to celebrate the linear truth that defines cinema as reality catching up with life when least expected and finally, super cool about flirting with controversy and fearless about taking that leap of faith, without any safety net.

Oye, ki hoya? - as the surprised and unguarded may exclaim, not without reason.  She-roes, as a category, have seldom rocked the imagination of the masses or charts, and exceptions only prove the rule. History suggests it’s largely due to the traditional male-driven focus, agenda and belief that has influenced the audiences, across generations, occasionally taking out time for tokenism! Hence, apart from a niche audience who mostly patronised the arthouse/parallel/OTT cinema, this genre was a resounding no-no.  Incidentally, even women preferred mainstream masala over, what they perceived, anti-entertainment cinema championing grim causes, concerns, issues, etc. The male-domination factor still rules with the Khans, Akshay, Ajay, Hrithik, Ranvir and gang blazing the marquee. Even the new parallel cinema heroes, Vicky, Raj Kumar Rao and Ayushman, are seldom aced by their heroines. So what happened? 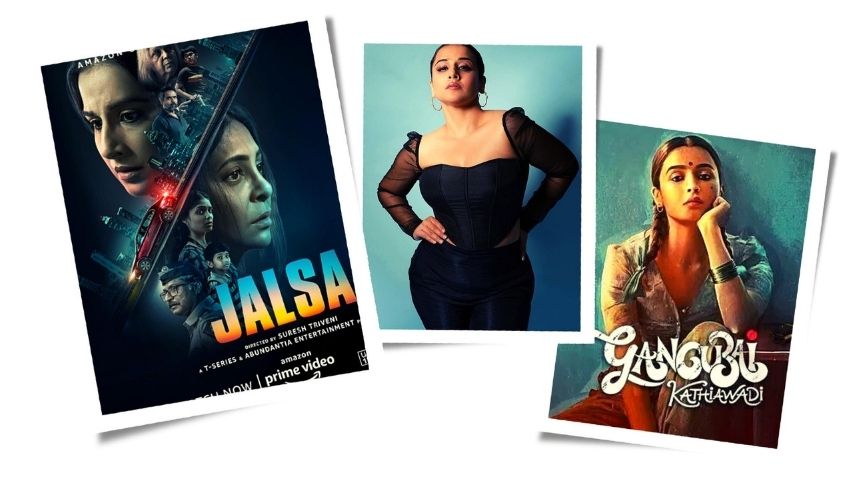 While it will be both naive and delusionary to imagine that the APNA TIME AAA GAYA moment has arrived for female actors, two basic facts have initiated this thrust targeting the glass ceiling. One is clearly the OTT phenomenon. Even the chronic consumers of masala, denied their staple diet and forced to hit the streaming platforms and connect with tons of movies, local and global, have been seduced to re-think. Women in powerful roles, such as game-changers, solidly existed and impacted the narrative in these films in no uncertain terms. Content counted.

The second was the new and unprecedented dare blazed by the writer-director-actor combine! There seemed to be a collective commonality of belief that declared some primal statements: that cinema was a compelling way of getting back at life, that everyone needs to create signposts and merge the reel with the real in a compellingly relatable way, that the forbidden zone, Eve’s apple to Adam still existed. In short, to express, explore and experiment was the new war-cry!

Like a tantalising mirage, noir haunts many modern filmmakers. As a genre, noir deals with night, guilt, violence and illicit passion, and no genre is more enticing. Let’s start, fittingly, with Geheraiyan. Described as a tale of kinship marred by a love that crosses the line and assumes the contours of a dark and sinister saga, Shakun Batra’s effort may not have deeply affected the intelligentsia but the shock and surprise of the sensational body-language of Siddhant, Dipu and the sizzling lip-lock sequences that blazed the promos certainly generated anticipation-levels unmatched in recent TV history! While raging debates and discussions zinged the air during its release, about its quality, the fact that an A-lister like the deadly Deepika Padukone agreed to enter this zone with passion, purpose and alongside embrace the streaming platform, is amazing. Whatever the consensus, Deepka stood tall in this modern allegory of all that glitters is not gold. 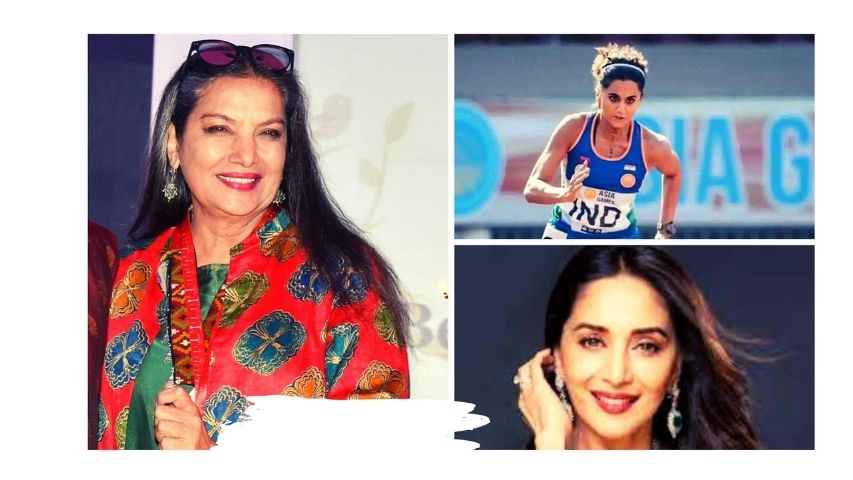 The Fame Game follows. Headlined by the still-gorgeous Madhuri Dixit (playing her age) it’s a woman’s story all the way. A suspenseful family-drama, the MD magic is on, full blast, grabbing eyeballs both locally and globally. Author-backed it maybe, but the divine ex-dhak-dhak sensations “rapping” with the creators of this web series, her honest attempt to vanish into the mystery and complexity of her role and invest it with the required quantum of grace and dignity, took the series to another level. Advantage Madhuri all the way!

What can one say about Gangubai Kathiawadi? Hymned and celebrated as India’s Cecil B DeMille’s most human effort, it’s Alia Bhatt in the title role who has critics desperately searching for new superlatives! A petite 5 ft 3 inches, the 29 year old playing a woman violated in unspeakable fashion, molded but not mastered by circumstances, rising against all odds to win with strength and dignity inviolable, Alia Bhatt is a woman possessed! This cathartic performance has inspired veterans to declare that Bhatt is really serious talent “serious enough to re-think our gold-standard graced by the likes of illuminaries like Nutan, Meena Kumari, Nargis, Madhubala, Waheeda Rehman, Sridevi and Shabana.” This performance, they insist, even races past her earlier Highway, Udta Punjab and Raazi. Clearly, the erstwhile Student of the Year is ready to take over as the Principal of the school! The standing ovation the film received at the Berlin Film Festival followed by Alia’s Hollywood call comes as no surprise and undoubtedly we ain’t seen nothin’ yet! 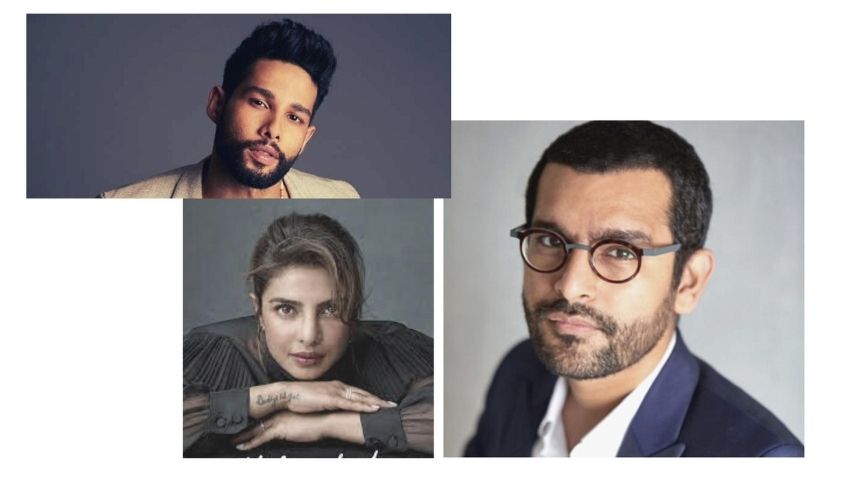 Jalsa rounds up the quartet of hi-profile woman-centric projects. A unique thriller that brilliantly depicts the twists and turns of human psychology, both Shefali Shah and Vidya Balan deliver powerhouse performances that only confirm their status as actors who, for most of their lives, haven’t really got the credit they deserve.

Will these actors playing out their strong characters in path-breaking films empower, inspire, uplift and energise progressive Production Houses and Bollywood’s thought-leaders to finally take charge of their choices and listen to their heart? Single-mindedly remain focused on engaging and entertaining while enlightening and enriching?

If some of the projects coming out of the Bollywood factory are any indication, then maybe god has finally returned from his vacation to cast a look at our pathetically inequitable and unjust scheme of things! Heading the list is the Kangana Ranaut starrer Dhakkad, which revolves around child trafficking. Next, Shabash Mithu, a biopic on India’s cricket captain Mithali Raj, played by the talented Tapsee Pannu. Then comes the biggest and most-awaited Jee le zara! The All-Girls road-trip movie (flip side of Zindagi Na Milegi Dobara?) is headlined by Alia Bhatt, Priyanka Chopra and Katrina Kaif, and put together by Farhan Akhtar, Ritesh Sidhwani, Zoya Akhtar and Reema Katgi. Does it get bigger, or better? Rounding it off is Alia Bhatt’s first project as a producer entitled Darlings with the magical Bhatt-babe, Shefali Shah, Vijay Sharma and Roshan Mathew comprising the cast. Many more, hopefully, will follow. Why? Simple. When eyeballs and bottomline bogey together, then, as the iconic anthem goes, Aaal iz well!

Here’s hoping that a community that occupies half the sky, is finally given their due place with love, appreciation and respect.