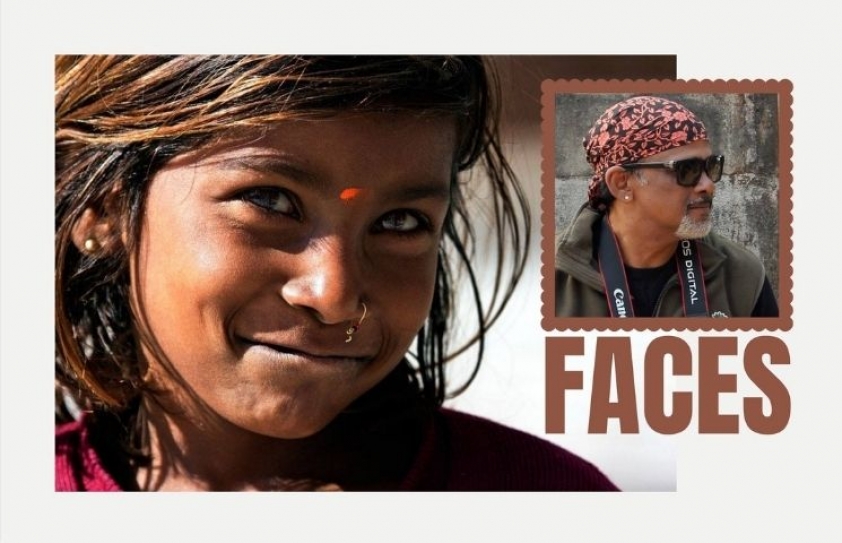 He has a discerning taste for silk fabrics and ethnic art and crafts. A crusader for artisan-woven fabrics, he has set up an online store called Wondering Silks.

Chandan Das, originally from Rourkela now domiciled in NOIDA, caught my eye on Facebook (a staple occupation of mine during these stay-home days). His photo-series on Rajasthan Faces are not only technically-creative but bring you closer to the hearts and minds of his subjects, who were strangers till you now.

Impelled to chat with him right away, his cellphone number was located. And so here’s the spry 60-year-old Chandan Das’s story, which is inspiring in these era when big bucks score over any semblance of artistic pursuits. “I have sought to be creatively honest,” he says bashfully. “If someone watches me draw or click a photograph and pats me on the back, that is so much more fulfilling, than all that money could buy.” 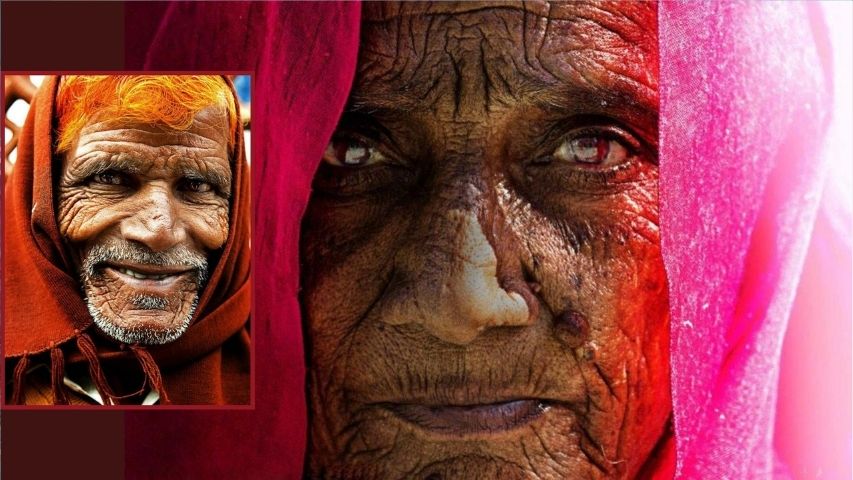 At the outset, I ask him about the genesis of the striking Rajasthan series. And his instinctive response is, “Photography has been my obsession since childhood. When I joined the HR department of Tata Robins Fraser, Jamshedpur, around 1987, it was like discovering a whole new world. I had to work in a department consisting of designers, photographer and printers. Deriving inspiration from them, I began clicking with one of those small Kodak shoot-and-click cameras. I wouldn’t get much time off from work, so I always carried the camera to catch a moment, which caught my eye.”

He was, subsequently invited to Mumbai by Jackie Shroff to work towards creating a web-based game portal related to Bollywood, besides assisting in a movie being planned on the life of the notorious serial killer Charles Sobhraj. Neither of the projects fructified, perhaps because of financial reasons. By the time, Das had bought himself a DSL Canon EOS D1000. 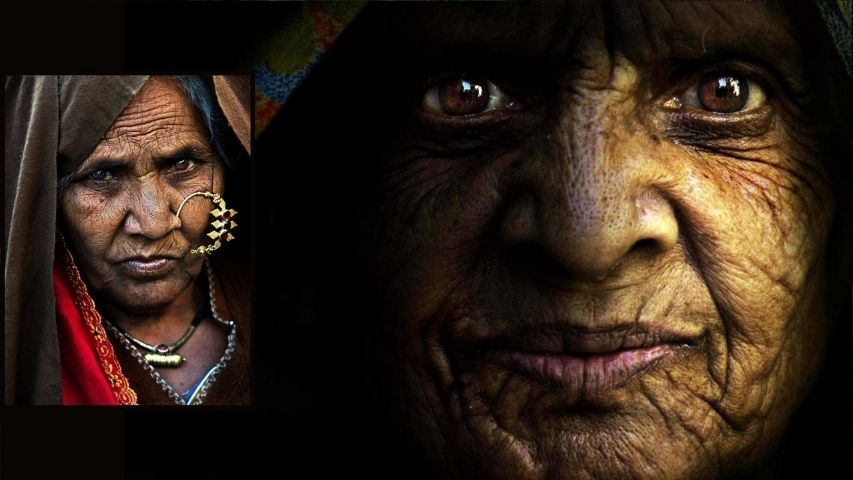 By providence, his air flight from Mumbai to Delhi, proved to be a defining turning point. “A co-passenger who handled the security at Delhi airport struck up a conversation,” he recalls, adding, “He also owned a small ad agency in Andheri, close to the Seven Hills Hospital. While chatting, I guess he noticed that I was drawn to artistic visuals. Next thing I know, I was back in Mumbai at his agency, and loved the attitude of the creative directors there.” One of  Das’s first assignments was to handle the entire campaigns of Asian Paints and Asian PPG.

However, Das had to leave shortly, circa 2013 to look after his ailing mother in Bhubaneswar, Odisha and was by her bedside for two years. He states that he  was always more attached to his mother’s side of the family. Of them, the renowned painter Jatin Das has always been his abiding influence. 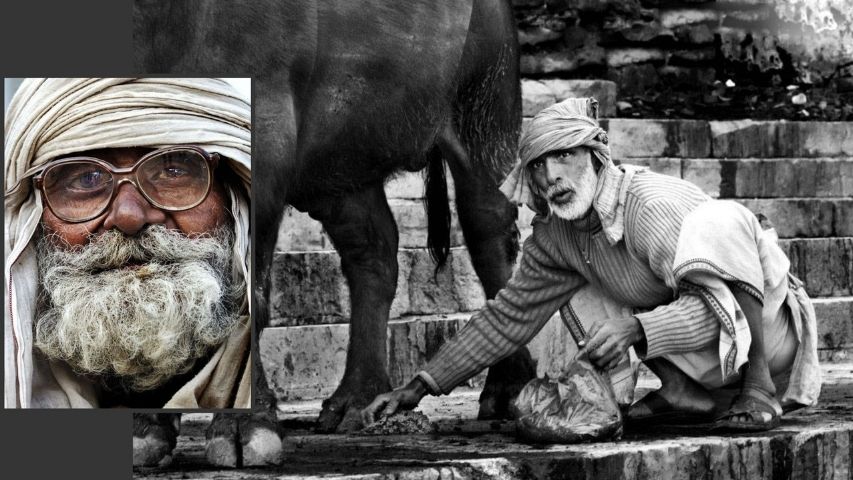 While being at the crossroads, Das met a man from a Jerusalem magazine who was covering the barely-known life to the western world of India. The journalist liked Das’s photos. Next: the photographer was shooting portraits in Varanasi. Purani Dilli, Mumbai and Rajasthan’s Jaisalmer, Jaipur, Jodhpur and Udaipur.

It is the desert-weathered faces of Rajasthan, which are indeed extraodinarily humane. He would listen to their stories culled from decades of experience. “Resilient is a convenient word to use for them,” he narrates. “More to the point, they just had no anxieties of laying their souls bare to me. The ups and downs of their lives can be read from their eyes and the creased folds on their faces. They were happy to be clicked, maybe because no one had approached them. It’s only later that Rajasthan’s faces have become a favourite with tourists looking for strong faces.” 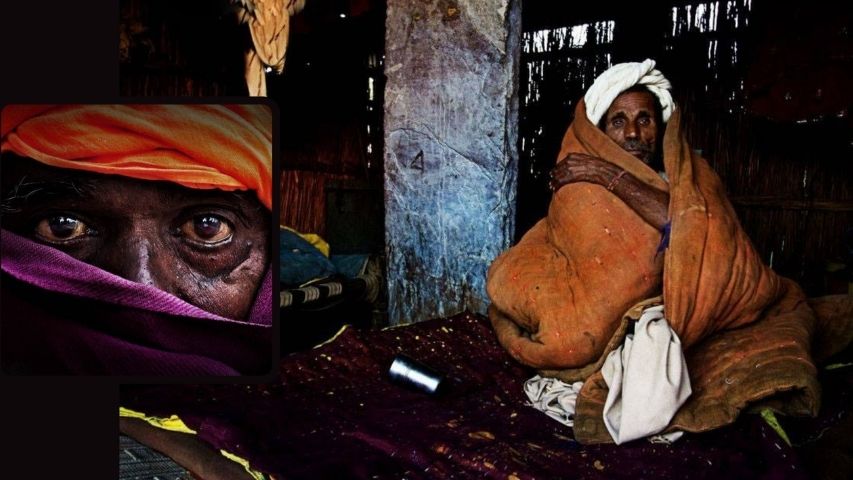 How come, I ask, photographers tend to focus largely on the elder generation of Rajasthan? To that he replies, “The younger generation perhaps try to ape the modern pop culture they see on TV and cinema. They are clearly not as rooted to the soil and genuine as their elders are. To give you an example, an old beggar knocked on my cab’s window to ask for money for a meal. We tend to be dismissive about them… but no this man was really starving. I shared a meal with him, travelled around the desert with him… and he led me to spots and people I would have never known about.”

Das states that he clicked at least 3,000 Rajasthan photographs, of which he was satisfied with only 15 to 20. The photos have been exhibited and earned several awards at South Asian festivals but he didn’t attend any of them. Reason: picking up awards tends to make one “arrogant and self-centred.” 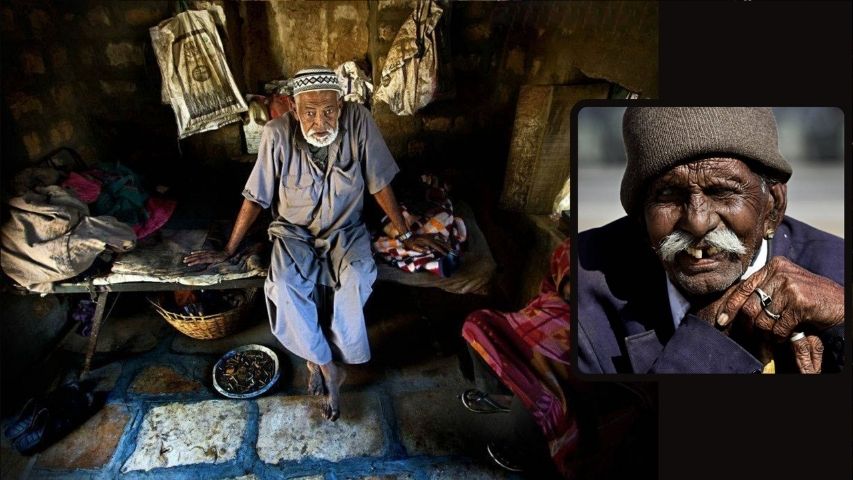 To elaborate, he notes, “I see myself as an artist, not  as a commercial hack. Abhi tak maine kuch kamaya nahin (I haven’t earned much yet”). Appreciation is my best bank balance. I lead a simple life in NOIDA with my wife, our daughter is pursuing higher studies in Delhi.”

Currently, he’s content in his effort to promote textiles and handicrafts by artisans and workers who are often short-changed by their big city clients. Hence he founded the company Wondering Silks. This happened by chance, too, when six years ago a group of Delhi journalists had asked him to paint saris, which turned out to be one-of-a-kind and found a ready market. “I use mild chemical paints,” he explains, “and while using them as a canvas, I often think how they would look draped on my mother or aunts. The sari has to command respect and not just become a showpiece.” 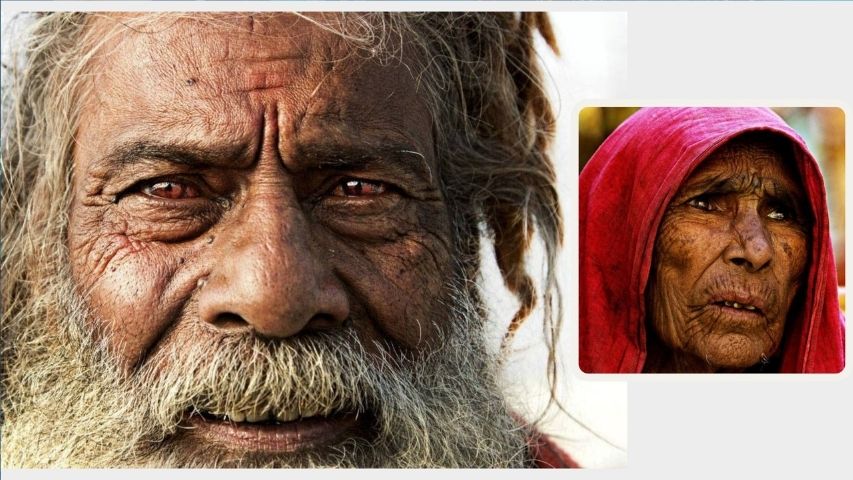 Photography has been put on hold for the time being. Chandan Das had to sell his NOIDA studio, since in the course of designing a project he lost his investment on handicrafts from Gujarat. “That doesn’t disconcert me,” he laughs gently. “I’d rather look back to the time when I’d eat, drink and sleep with my cameras – a Canon 5-D and Nikon D7200 beside me.”

But who knows, he ends optimistically, once a photographer always a photographer. Despite that, he nixed an offer to shoot a UNICEF-funded documentary but doesn’t fret about that all. At present, the textiles and handicrafts sourced from Andhra Pradesh, Gujarat, Rajasthan and Orissa, are his raison d’etre.

Photography, then, for Chandan Das, may just return suddenly some day like one’s first love does.