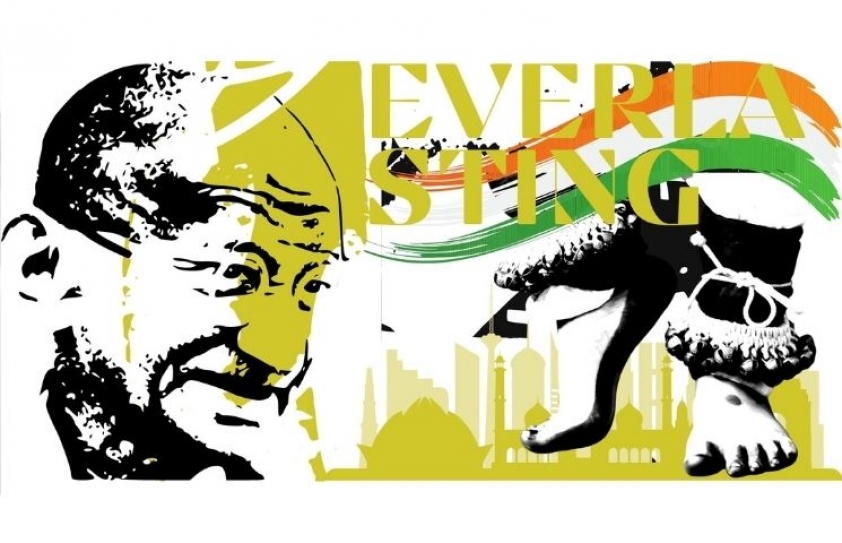 Earlier this week, Delhi based Khudai Khidmatgars concluded a five day fast against the ongoing climate of hate and violence. Activists have informed that Mahatma Gandhi’s granddaughter, 87 year old Tara Gandhi Bhattacharjee, carried home cooked khichdi and kheer, and also offered them fruit juice when they were ending their fast: “She emotionally recalled  Mahatma Gandhi’s days of fasting and told us that she would reach Birla Bhavan directly from school everyday when she was young. She said that today it is more important to talk and practice peace, love and brotherhood. Such efforts should not be counted as small.”

If you recall, decades ago, Mahatma Gandhi observed the last fast of his life on the 13th January 1948, which was also a call to restore peace. During his fast, verses were recited from all religious books along with Gandhi’s favorite bhajans. Today, too, hundreds joined the Khudai Khidmatgars with prayers and pledges. Focusing on Tara Gandhi Bhattacharjee, I recall visiting her home in South Delhi some time ago. I was pleasantly surprised to see charkhas, hand-made dolls and hand-spun khadi spread out. Not only does she wear khadi all year round, she even spins it at home.

As she had taken me around her beautiful home dotted with huge handmade dolls, she described the lounge to me as the ‘Mukt room’: “As in this room I'm free to do what I like. I read here, take my afternoon nap, make dolls or sit at the charkha with the takli and punee, spinning thread." She continued, “The diya at the entrance of my home is lit day and night. And although there is no puja room in my home, I meditate every single morning between 6.30 and 9.30am in my bedroom. It is a simply done up room with white bedspreads, cushions and curtains. I love the color white as it gives out light.”

She was only 13 years old when Mahatma Gandhi passed away but her memories are clear. “The day he passed away, I remember, I had a lot of homework to do. Initially when the news was broken to me I couldn’t really believe it. Slowly, of course, it became clear. I could sense sara mulk  aapke  saath tha. Leaders  and  various  persons and  politicians  kept  on  coming  in and  out  of  our  home. For unlike today, all those people moved freely, without bodyguards and security arrangements.” 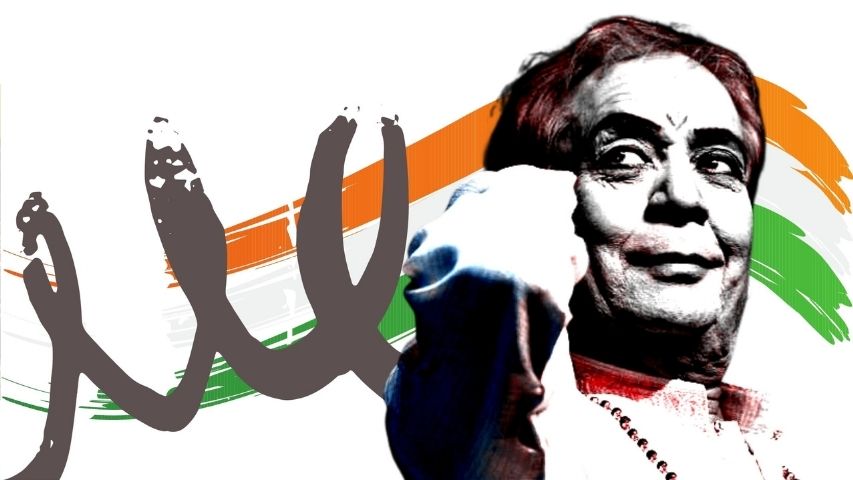 She also told me that her grandfather kept a very tight schedule and she saw very little of him, although most of her childhood was spent with him and Ba. “Even today as I close my eyes all those images of our home in Birla Ashram come alive. I can actually hear my mother’s voice, Ba and Gandhiji talking. I never saw him angry or cranky but yes often he looked sad and dukhi. In fact, whenever upset, he stopped talking and eating and would sit at the charkha spinning. And in his conversations with us he focused only on the mulya/important issues. He also advised me by saying, ‘Your father will have a lot of armaan/ambitions but you become what you feel like. He also stressed on the value of time. He encouraged us to use postcards as he’d say they were cheap and saved paper. And he ensured that no secrets were written.”

When I'd asked her what had she inherited from her grandfather, she said, "Everything of Bapu belonged to the nation. All I have is a little wooden box that my father (Devadas Gandhi) got as a wedding gift from Bapu."

On earlier occasions, I had also interviewed Mahatma Gandhi's grandsons, Rajmohan Gandhi, Gopal Gandhi and Ramchandra Gandhi. Rajmohan briefly enter politics but he gave up to get back to academics. In different interviews, the three brothers said clearly that Mahatma Gandhi had adopted the whole of India as his family. To quote Rajmohan Gandhi on this: "My relationship with Gandhiji was a close one, but not a leisurely one. As grandchildren we didn't have any special rights to his time since he belonged to the entire nation. He was the father of the nation. We accepted this position happily. All the royalty from Gandhiji's publications and books don't come to us, nor are we the heirs to our ancestral home at Porbandar. He is as much your grandfather as mine. So it is the duty of the citizens of this nation to take care of his ashrams and institutions."

I cannot leave this week without a small tribute to the Maharaja of Kathak dance, Pandit Birju Maharaj, who was gifted, unique and charming. In the 1980s, I was covering the cultural scene of the capital city. I saw him perform and also had a few brief interactions with him. Coupled with this was, we resided in the same neighbourhood - Shahjahan-Pandara Road. Our homes were in adjoining lanes and often I would see his  children and students walk around in the area. It seemed a fairly large but traditional household.

And on occasions I would also get to talk to him, which gave me a view to his towering personality. The manner in which he spoke was gentle. It was pure bliss to hear him narrate situations in a relaxed Awadhi style. His words were not rushed, he didn’t ever use rough slang. He spoke spontaneously and effortlessly in dastangoi style. The expressions on his face and his eyes added to the flow. At times one wished the conversation would go on and on. When on stage, this ‘Kathaking’ held the audience captive. Writ large were those expressions, those movements, the connect he had with them. His immense love and passion for his art was written all over his persona. It came naturally to him. He was born to be the ‘Maharaja of  Kathak’. And would always remain so!