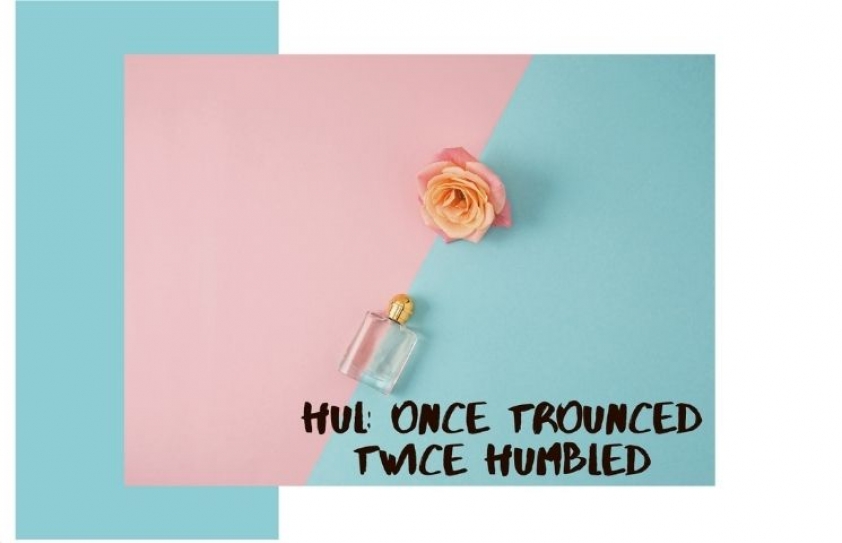 The going has never been that bad for Lever in known recent history in India.

When Justice BP Colabawalla of the Bombay High Court delivered a judgment in the HUL vs USV case involving the pH comparisons ten days ago, and decreed largely in favor of Sebamed, I had clearly predicted that the Court battle is in no way over - [Sebamed Gets The Better Of Levers In Court; Score 1-0].

Perhaps just to prove me right, HUL approached the Division Bench of the Bombay High Court. The Bench presided over by Justices S.C. Gupte and Surendra P. Tavade nevertheless disappointed HUL by handing them another judgment that basically said they had no cause to be aggrieved, and needed to be given no relief.

The once trounced HUL, was humbled a second time over in the courts. Companies normally play for win-win; HUL it seems is playing for lose-lose! Every defeat, be it the surprise campaign launched by Sebamed one winter weekend, which caught HUL flat-footed, or repeated rejections by the Courts of HUL’s legal maneuvers reflects badly on the reputation of invincibility that the Anglo-Dutch giant has built in the Indian marketplace over the years.

What was the HUL plaint?

The Appellants (HUL) were still aggrieved after the Single Bench verdict. It was their case that while preventing the Respondent (USV/Sebamed) from using terms ‘safe’ or ‘not safe’, while comparing the two products, the learned Single Judge had allowed the Respondent to use the terms ‘ideal’ and ‘not ideal’ in place of the original terms ‘safe’ and ‘unsafe’. HUL submitted that to the extent that the Respondent was permitted to use the terms ‘ideal’ or ‘not ideal’ while comparing its product with the appellants’ products, there was nevertheless a case of denigration of the latter’s products. HUL submitted that whilst it may be permissible for the Respondent (USV/Sebamed) to describe its own product as ‘ideal’, it should not be permitted to describe the appellants’ products as ‘not ideal’. Referring to “DOVE” as “not perfect for sensitive skin” amounted to a clear instance of disparagement.

Lawyers for Sebamed, however, submitted that the sentence “It’s not perfect for sensitive skin”, appearing in the advertisements of their client’s product SEBAMED, while comparing it to the appellants’ product, shall be deleted from all future advertisements. This ad-interim statement, pending the hearing and final disposal of the matter, was accepted by the Court.

So, now what was the issue?

There was still unresolved controversy as to the use of the words ‘ideal’ and ‘not ideal’ by the Respondent in their impugned advertisements, as per HUL.

The Single Judge had noted that advertising of a commercial product is nothing but the dissemination of information regarding the product advertised. The purchasing public is expected to benefit by such information made available. Prima facie, the Divisional Bench felt that the pH factor of a toilet or bathing soap is an important and relevant aspect and it is quite legitimate to make it a talking point for recommending one’s product to the purchasing public.

The Respondents placed before the Court literature available in public domain to support their arguments. Indian Journal of Dermatology has published an article under the title ‘Evaluation of pH of Bathing Soaps and Shampoos for Skin and Hair Care’.

It describes in its extract of results that the majority of soaps have a pH within the range of 9-10, whilst majority of shampoos have a pH within the range of 6-7. The article further goes on to state that the use of skin cleansing agents with a pH of about 5.5 may be of relevance in prevention and treatment of certain skin diseases, which are caused due to increase in dehydrative effect, irritability and propionibacterial count.

The Bench also took into account another scientific article under the title ‘The Effect of Detergents on Skin pH and Its Consequences’. Even this article claims that the normal pH range of human skin is said to be between 5.4 and 5.9 and that skin surface pH increases upon regular use of a conventional soap and decreases again after change to an acidic cleanser of pH 5.5 and vice versa.

Taking note of this and the other material, the Division Bench deemed it safe to conclude that the Respondent in its advertisements was in keeping with the scientific opinion and may be said to be an important piece of information for the purchasing public. There is, thus, nothing wrong, felt the Division Bench, in the respondent comparing the pH of the two products and claiming its product to be ideal for sensitive skin. 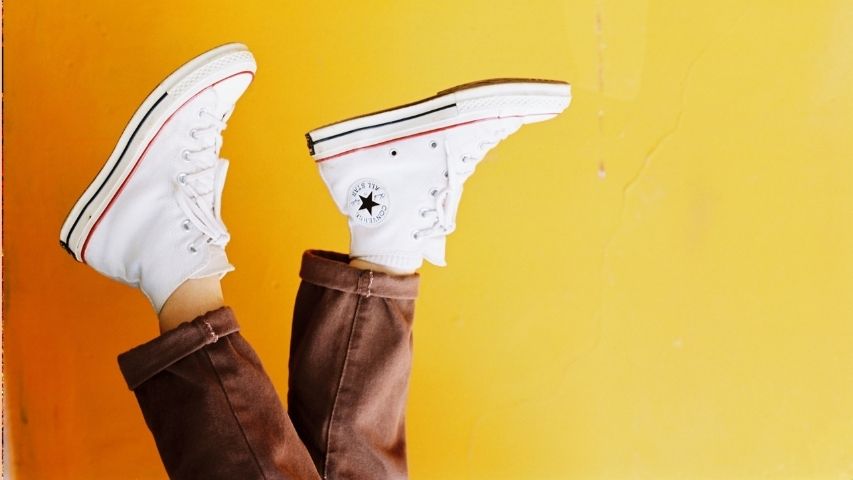 The Court refers to past Dove ads on pH

The Court reminded the Appellants HUL that they had themselves earlier come up with an advertisement recommending their bathing soap DOVE as better suited for skin care by comparing it with other products available in the market and also comparing them to a household cleaner from the point of view of pH values of the products. So, the Court felt that it is sufficient to note that there is nothing particularly wrong, to compare the rival products with reference to their pH values and describe one’s own product as ‘ideal’ after such comparison.

What about calling ‘Dove’ not ideal?

To the question as to whether the Respondent Sebamed can be permitted to say that the Appellants’ products are ‘not ideal’, the Court’s views were very clear. The court felt that the learned Single Judge, ordering these words to be deleted from the advertisements so as to take care of the appellants’ original grievance had, already denied the comparison in terms of safety, calling the respective products ‘safe’ and ‘not safe’. The manner in which the impugned advertisements (now proposed) are presented, makes it clear that the two products are being compared in terms of their respective pH values and based on such comparison, the appellants’ products are being described as ‘not ideal for sensitive skin’.

And there is some scientific basis for saying so, as quoted above. But, even if the Respondent were to stop at merely comparing the two products by names and with reference to their respective pH values, and then calling its product as ‘ideal for skin care’, it is not much different from implying that the rival products, after all, are not so ideal. There is, therefore, the Court felt, no justification for requiring the Respondent to delete the reference to ‘not ideal’ with reference to the Appellants’ products. In any event, the real denigration, the Judges said, which came with the use of the words ‘not safe’, which did not have any substantial scientific basis prima facie, considering that the issue of safety is covered by several elements and not necessarily connected merely to the aspect of pH value, had been well taken care of in the impugned order.

Accordingly, the Division Bench stated that there is no merit in the challenge to the impugned order of the learned Single Judge. The Commercial Appeal was thus dismissed. In view of the dismissal of the appeal, Interim Application (L) No.1921 of 2021 moved by HUL, the Court said, “does not survive and is disposed of.”

At the draw of stumps

HUL has been clearly outwitted by Sebamed’s ads. In the courts, Sebamed beat HUL 2-0. The going has never been that bad for Lever in known recent history in India.

The Sebamed debacle has extensively besmirched the hallowed reputation of India’s top consumer goods firm, which in 2015 (as per The Economic Times) had about 169 executives who drew eight-digit salaries - Rs. 1 crore plus annually, six times more than its closest rival ITC’s 23 crorepati employees, and half of them were less than 40 years of age.

The HUL number is also 50% higher than IT major Infosys’ 123 eight-digit salary earners and more than double of Wipro’s 70. These 169 managers, representing just 1% of HUL’s total workforce, drew home a combined salary of Rs 310 crore, according to the firm’s annual report. Lever managers have always been the smartest, sharpest and savviest of Corporate India. The inept handling of the Sebamed matter has dented some of that impregnable aura. The Category head of soaps at HUL is surely headed soon to a posting in the farthest corners of Africa, if not the remotest dunes of the Atacama! HUL has not been dealt such a massive public drubbing in years.

Methinks the next round of battle will be fought at retail shelves. With its overwhelming might, and enormous clout at the retail level, HUL salesmen will now most likely overtly, or covertly, ‘persuade’ grocers not to stock Sebamed. If they still do, they would not get Lux or Pears or Dove to sell. Worse, they could be further strong-armed by being denied Surf, Vim, Pepsodent, Close-up or any others of the brands that HUL sells, and from which retailers earn a substantial part of their sales revenue. It has happened often enough in the past, and will most likely happen this time with Sebamed too.

So what will Sebamed do?

They will head to the Competition Commission of India complaining about restrictive trade practices. And HUL will contest that - and the war of pH will continue.

Last but not the least, the worsting of HUL in the Sebamed tussle may embolden other well resourced competitors like P&G and Colgate to try offensives of their own. After all it is easier to attack a wounded tiger, and perhaps gain an upper hand; and also avenge past defeats. Who knows?