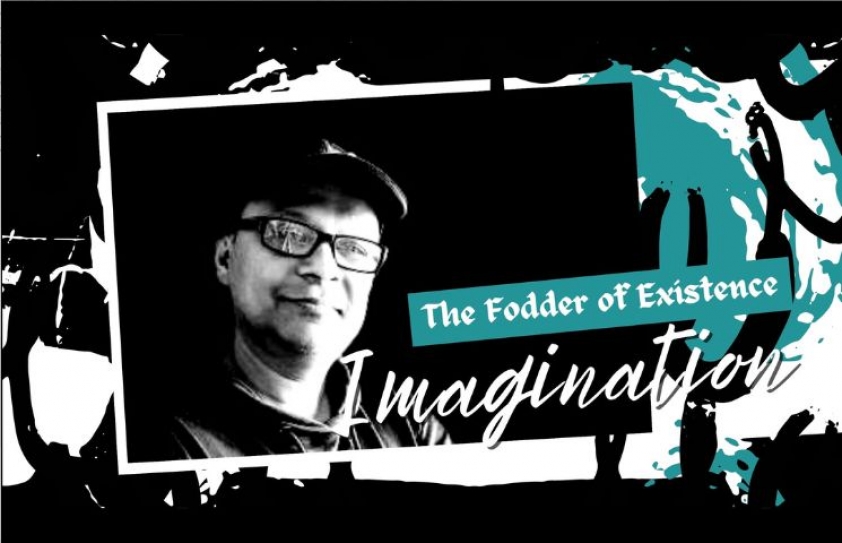 An analysis of Atanu Ghosh's Binisutoy (Without Strings, Bengali, 2021), by Dipankar Sarkar

Set up and pay-off has always been at the helm of narrative fiction dealing with dramatic conflict and crisis. As a norm, a certain action by the character will result in a specific reaction that will propel the story forward. But when a filmmaker invites us into an intriguing story and then diverts our engagement to a tale filled with perplexity and non-dramatic moments, can we christen such liberty as a creative indulgence or the poetic acumen to craft a lyrical setting meant to be imbibed and not articulated or reasoned? Atanu Ghosh's Binisutoy baffles the viewers with such mind-bending reflection on life and displays the extent to which a filmmaker can push his creative envelope.

The ninety-four minutes long drama begins with Kajal (Ritwick Chakraborty) and Sraboni (Jaya Ahsan) participating in the audition for a reality show in the outskirts of Kolkata. Sraboni trips and hurts herself and Kajal takes her to a physician. Through their conversation and flashback, we are informed about their relationship with their respective partners and a problem that both of them are individually facing. Torrential rain compels them to take shelter in a small lodge. As the night approaches and the rain subsides, both of them depart on a bitter note and head home. But the story does not end here.

What seems at first to be a straightforward tale of two people getting to know each other over the course of a day gradually reveals itself as something complex, surprising and nonetheless intriguing. The playful midway twist that occurs halfway through the film introduces us to a set of characters who are economically stable but emotional instability has gripped them. A narrative that had been initiated as plot-driven digresses to an intensely character-driven story. The filmmaker uses the medium of cinema as a tool to maneuver supposedly accessible reality in all sorts of different ways. His idiosyncratic stroke is quite unlike what we experience day to day, the idea that our own individual lives are imperfect or unreal in some way. Perhaps Ghosh intends to demonstrate how reality is whatever the individual chooses and that the manner in how we want our stories to be perceived is the same in art as well as in our relationships.

Binisutoy is very much concerned with the denial of individuality and depicts the characters struggling with the idea of relationships and loneliness. Yes, we can consider various explanations for what we see, and yes, the film's baffling structure is its purpose. For instance, the broken flower vase introduced in the beginning finds relevance midway into the film when Sraboni visits her cousin’s house. Kajal’s son Kahon’s interest in literature rather than other subjects mirrors his father’s tendencies towards believing in stories. 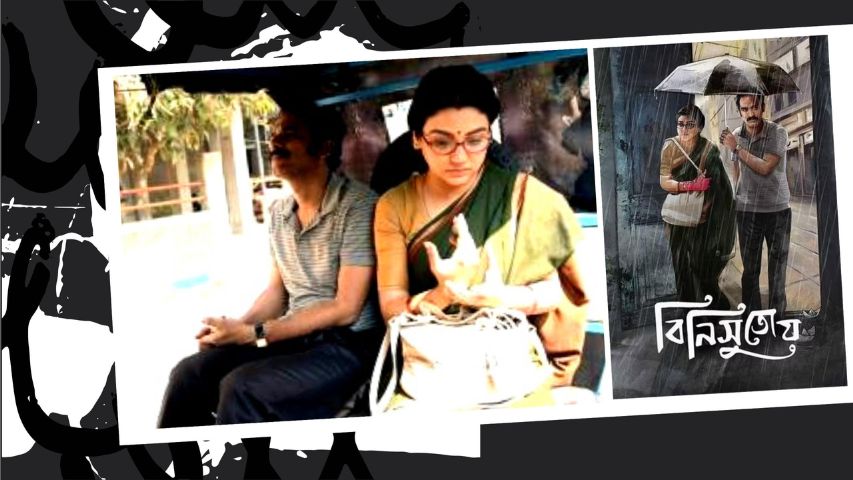 The reality show audition in the beginning symbolically questions the true nature of actuality in the film. And Sraboni singing a Rabindra Sangeet at the climax underlines the nature of human beings hoping to find acceptance despite their faults, flaws and uncertainties. It is too clever a strategy adopted by Ghosh and creating such full-bodied characters and scenes, and inserting them into a scenario where at times there seems to be no underlying reality at all. We question ourselves if it is a figment of the characters’ imagination or is it an urban fairytale? And the film does not attempt easy answers.

In that light, the film is about moments, people, relationships and perceptions that either are or are not original or authentic or even real. Silences serve as a poetic pause and the unspoken sentiments become a riddle in a world freighted with all the imperfect characters.

Ghosh has used the camera as a medium to reduce his images to abstract simplicity, stripping them of their sentimentality. The cinematography of the film does not use bold colours or stunning composition to generate emotion and empathy. Neither the frames exhibit an elaborate network of subtleties and hidden meanings. The camera captures the events unfolding with a subtlety that allows the characters to negotiate with the space freely. Working in tandem, the edit or the cut points generates options that demand decisions. The decision whether to stay in a given setting or leave it and how to utilize the shot to generate a visceral impact. For example in the scene where Sraboni visits her cousin the scene has been covered from several angles, including the close up of the decorated vase and Sraboni's teary face.

The arrangement of the shots de-emphasizes plots and incidents but emphasizes the emotional tonality of the particular situation. In sharp contrast, in the scene where Kajal is standing on the balcony of his friends, away from the inebriated company, he encounters his friend’s wife. She asks if Kajal would like to sleep with her. Kajal rebuffs the offer and leaves the lady in a state of displeasure. The scene is captured in very few shots without a single close up. Similarly, the final shot of the film leaves Kajal in a medium shot allowing him to mull over the confounds of life. With such construction of scenes, Ghose ​​ dives directly into the central character’s world with a style that mirrors his authorial voice and laces the narrative with precise details, putting the viewers very much into the contemporary reality of the scenes.

The filmmaker deserves praise for his simplicity of treatment in the delineation of urban life with a genuine feel for human values and relationships. Decidedly low-key, this Bengali drama never tries to be didactic or sympathetic, keeps a restrained approach and yet there's emotional transparency that makes it both authentic and far-reaching. It is both cerebrally and emotionally engaging.

Binisutoy is an affecting interpersonal spectacle set against the backdrop of a fully realized world, implanted in our heads, by the strong forces of storytelling, which deepens our awareness of the nature and potential of cinema. It reminds us that our expectations from life itself is an enigma.

Binisutoy is currently streaming on Zee5.