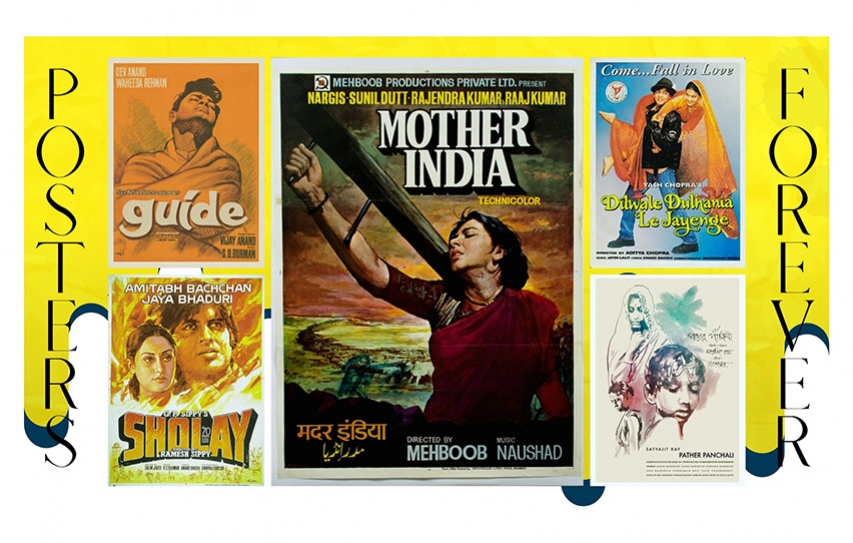 Khalid Mohamed, tracks the spiralling demand for nostalgia-exuding vintage Bollywood posters and memorabilia, many of which are sheer artworks.

Posters of the rarest films, dating back to the silent era and the early talkies of the 1930s, are in most cases, the only reminders of the heritage of Indian cinema. Fortunately, the number of collectors of posters and other memorabilia have been increasing rapidly ever since the last millennium.

Not only posters but vintage movie magazines are sought-after and pegged at prices, which make you lament that once upon a time you’d bin them, ignorant of the fact that these would become priceless in the future. For love or money, I can’t locate the yearly Filmfare Annual issues, which were published during my tenure there between 1998 to 2001. My bad - how I feel like kicking myself for my lack of foresight.

Wikipedia on Internet, wonderfully, is replete with posters and stills of the vintage movies, and certain sites like Cinemaazi specialise in researching and chronicling the byonge era and the film personalities many of whom weren’t sufficiently hossanaed during their prime. 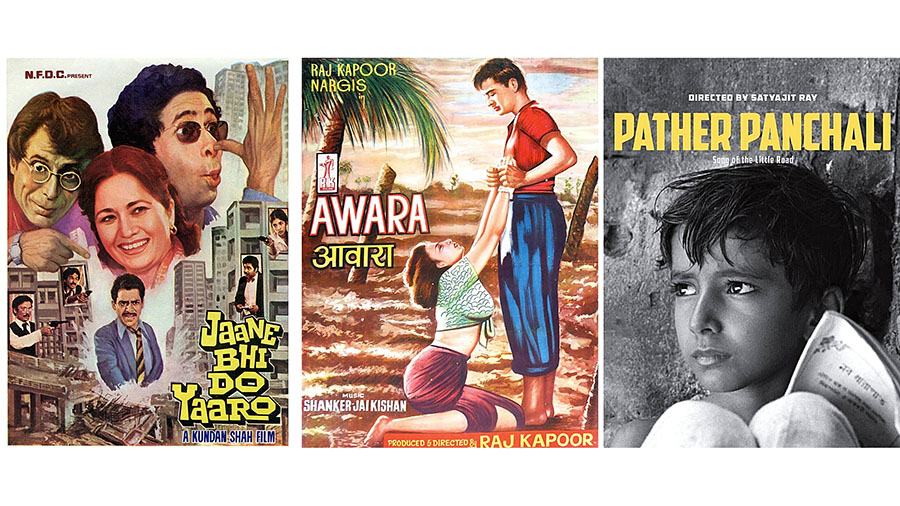 Now that the value of film memorabilia has become common knowledge, many of the designs and optics of the posters are nothing short of artworks. Since the last millennium, these have been auctioned at high-profile events. As for Mumbai’s Chor Bazaar, which was dotted with film poster shops, only a couple of them survive and the collector can never be sure if he’s paying for an original one, or a rough copy frequently with names misspelt. C’est la cinema heritage, I guess. The National Film Archive of India, Pune, is believed to have a vast stock of film posters, song booklets and magazines, but how accessible are they?

Quite piquantly, the charismatic trinity of the 1950s, Dilip Kumar, Raj Kapoor and Dev Anand, are still the kings of posterland. In the gossamer world of  down memory files, by leaps and bounds they outsell the Khan triumvirate of Salman, Shah Rukh and Aamir, disproving the notion that it’s only the present-day heroes who entice Bollywood fans to shell out big bucks from their wallets.

The  spiralling market, up by 50 per cent in the last decade according to archivists, are topped by the posters of K. Asif’s Mughal-e-Azam, Raj Kapoor’s Awara and Dev Anand’s Guide. The demand’s on for ‘original’ posters printed by the production companies at the time of the classics’ release. Those willing to settle for less go for ‘copies’ of the posters, which cost in thousands instead of the lakhs paid for the real thing. 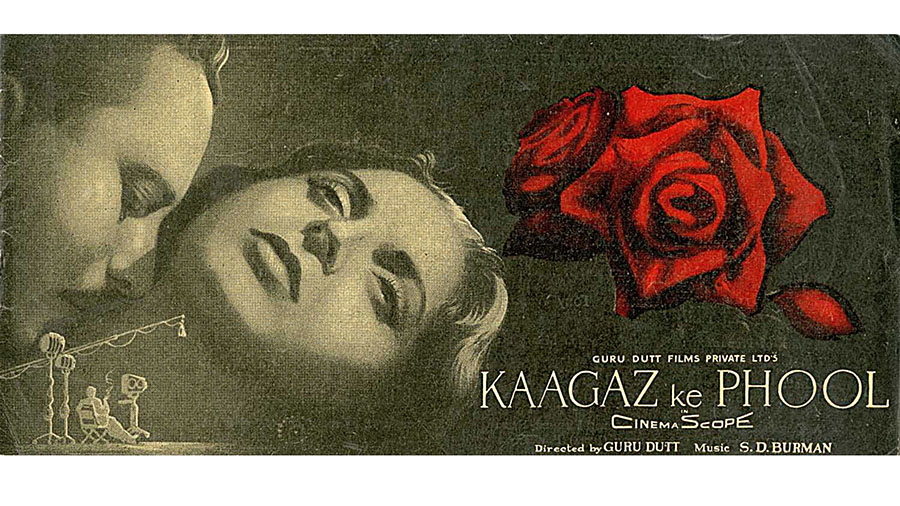 Posters and assorted memorabilia are either lovingly stored by genuine collectors. Or they are used for home’s interior décor. And there was a time - maybe it still prevails - when Bollywood images would be used by boutiques on T-shirts, cushions, tote bags, coffee mugs and what-have you. In bylanes of Mumbai’s Bandra, graffiti of yesteryear actors liven up the walls, the latest one being dedicated to Asha Parekh, Waheeda Rehman striking their ever-adored dance poses.

Nargis, Meena Kumari, and Waheeda Rehman in the films of Guru Dutt, adorn the walls of upscale homes. A six-sheeter original of Mother India was snapped up by a Delhi business for a price close to Rs 3 lakhs.

The 1970s film designs for most-admired hits of Amitabh Bachchan fly off the  shelves, especially for Deewaar. The original poster of Do aur Do Paanch (later re-released as Do Ikkey inexplicably) are part of the memorabilia boom. With time Bachchan’s film posters are expected to go through the roof. 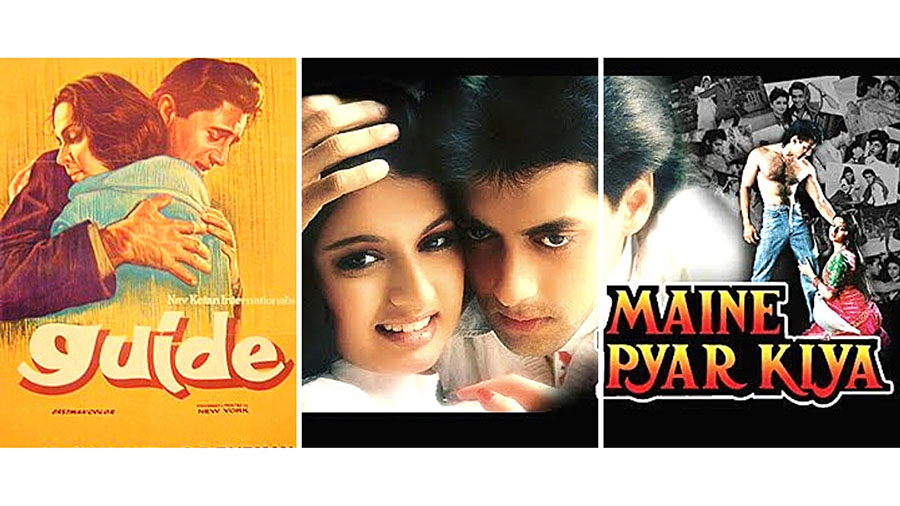 Film posters of the Khans do command a market. Salman’s Maine Pyaar Kiya and Hum Aapke Hain Koun..!, Shah Rukh Khan’s Dilwale Dulhania Le Jayenge and Aamir Khan’s Lagaan have a substantial clientele but not quite in the league of the vintage screen legends.

According to S. M. M. Ausaja, archivist and author of the best-selling coffee table book Bollywood in Posters, films of the 1950s justly described as ‘the golden era of Hindi cinema’, have retained their appeal, across the senior generation to the millenials. Posters are bought largely by  film aficionados, collectors who have considered the ‘original’ versions as cushy investments, besides NRI settlers in the U.S. and Europe for whom Bollywood is a nostalgia-oozing connection with their homeland.

Among the Bollywood set, Shah Rukh Khan and Riteish Deshmukh are enthusiastic poster collectors. The Bimal Roy family has taken care to preserve several of the originals of the auteur’s masterpieces. “The market for pin-ups of today’s stars and sex symbols has gone extinct,” says Ausaja, explaning, “Because these can be downloaded for free on the internet.”

In Mumbai besides Ausaja, Zafar Abid, Dhruv Somani and Ranjit Kumar possess an enviable collection of vintage black-and-white stills. Sharad  Joshi specialises in film booklets, a prime source for synopses and the cast and crew credits of long-forgotten movies. 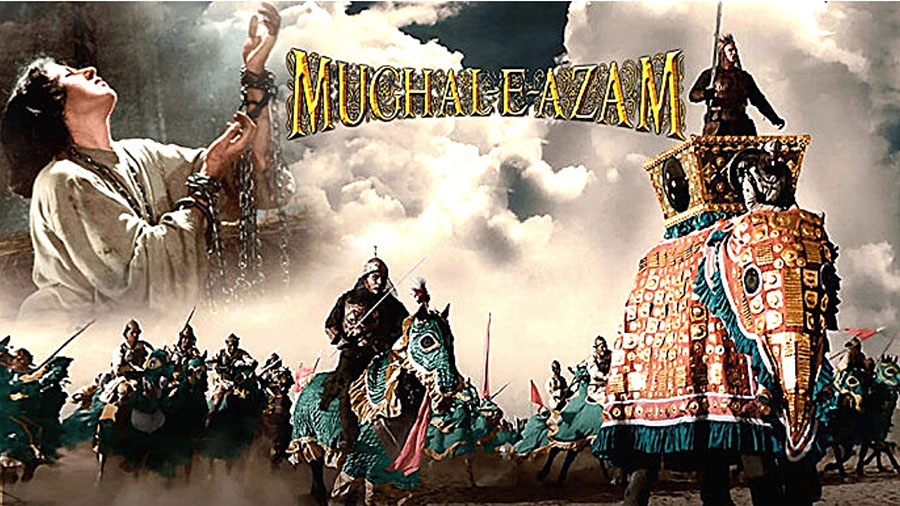 The late journalist, Firoz Rangoonwalla, had amassed a treasure house of film memorabilia and a small but rare trove of posters from the late 1930s and  ‘40s, including those of Sohrab Modi’s Pukar and Sikandar, Wadia Movietone’s Raj Nartaki. Rangoonwalla’s collection has been sold to eager buyers over the years by his son, a priest.

Meanwhile, Shivendra Singh Dungarpur, graduate of the Film and Television Institute of Pune, has been beavering away at gathering collectibles as an integral part of the The Film Heritage Foundation set up at his office in the business section of Tardeo in central Mumbai. As for the former hub of film artefacts, tiny shops at Grant Road and Lamington Road, these have gone with the wind with the entry of spiffy auction houses. The couple of aforementioned two at Chor Bazaar offer posters and stills, keeping up the family tradition of trade in Bollywood art. 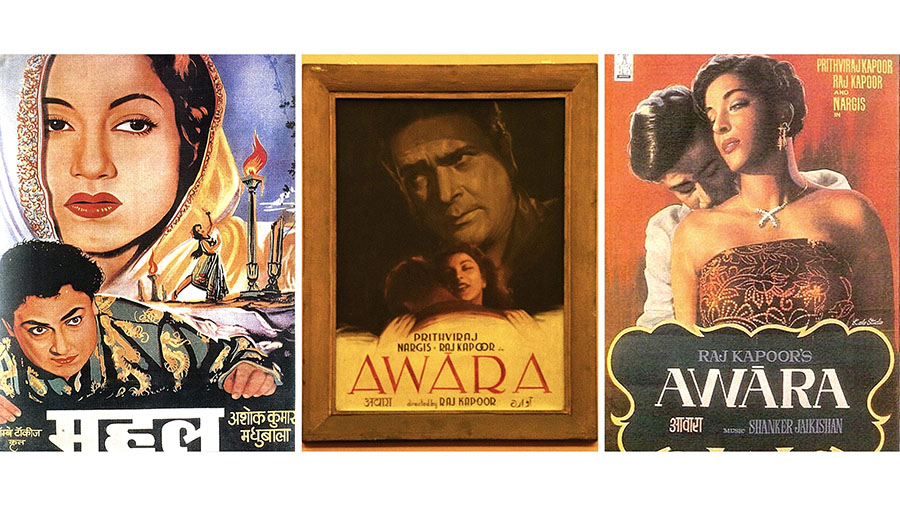 What you might ask, is the price range of the original classics anyway? Answer: sums ranging from from Rs 5 lakhs to Rs 25 lakhs apiece. As time flies, the prices are expected to zoom, in sync with inflation.

Moral of the story is: Filmmakers should become aware that the pile of original posters, which are mostly stored in godowns and left to perish, could become priceless with the flow of age and time. Seriously.