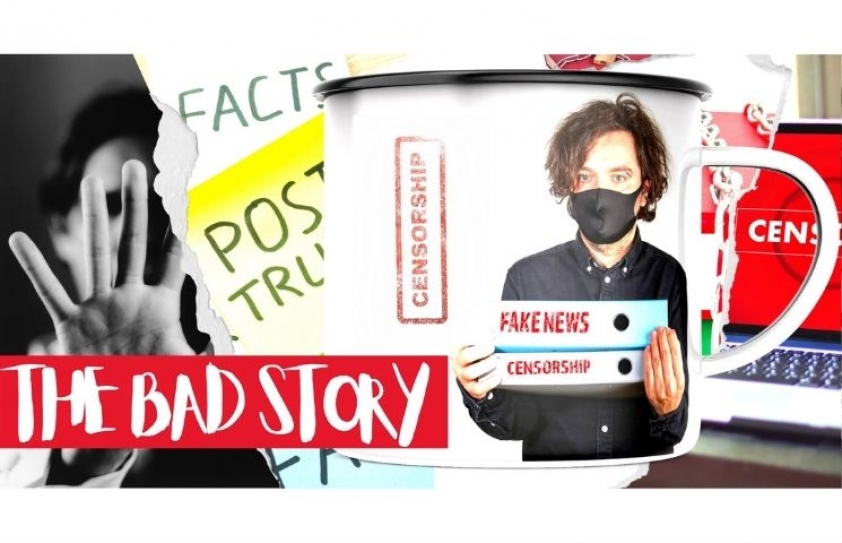 The announcement has come two days after the young twenty-two years old Disha Ravi was granted bail by the Additional Sessions Judge Dharmender Rana. The judge said, “Sedition can't be invoked to minister to wounded vanity of governments”.

These guidelines were also declared to the public on the same day that the Allahabad High Court denied bail to Aparna Purohit, Creative Director Amazon Prime, India. Why? Because she spearheaded the series Tandav - a few dialogues of which have hurt the sentiments of a section of Hindus in the country. Well, I’m a practicing Hindu - I pray regularly. But in no way does any commentary on my religion hurt my sentiments because I’m aware that as a religion, we are tolerant and embracing of diversities and difference of opinions.

I am reminded, for the second time in the last week, of an experience that I had many years ago  - when a certain Guruji asked me to go to Lord Shiva on every Monday morning for three months and conduct some rituals. He had jotted them down for me on a piece of paper. This was because of uncertainty I had encountered, which I thought I was not capable of dealing with and also because a friend suggested that I should do something to ward of the evil that I imagined was doing a ‘Tandav’ on my head.

I recalled it last week when a group on Whatsapp, comprising my school classmates, exploded over a video that one of the Jat Sikh girls had shared. This video showed gallons of milk being poured over a Shivling to convey that millions go to sleep hungry every night. A few Hindu girls took objection to the video – it is a rule in the group not to initiate political conversations – and they staged a walkout. We’re a group of forty-nine women who passed out from the 10th standard in school together about thirty-five years ago. However, today as I write most of them who staged the walkout are back; the ones remaining are being asked for their forgiveness. They will relent.

Now, allow me to return to what Guruji had asked me to do - after taking note of his instructions, I went to the temple on the following Monday. It’s the temple that still exists in Juhu Mumbai, opposite the Hare Rama Hare Krishna mission. 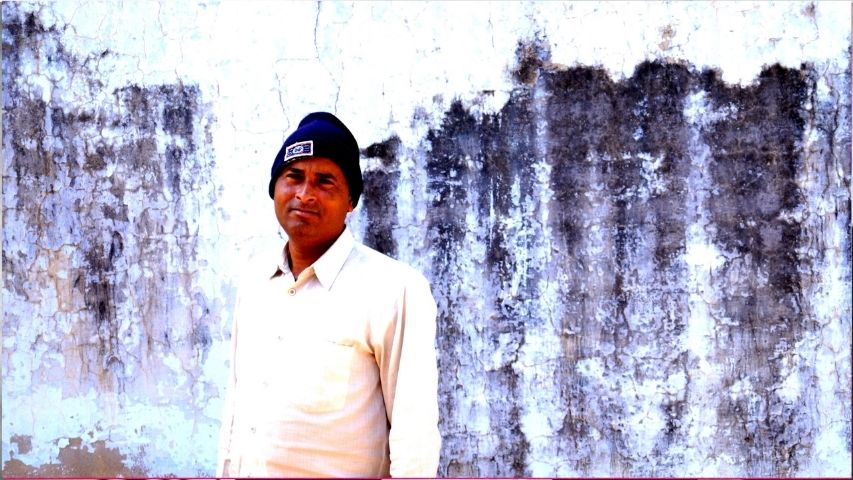 I parked my car and walked up to the small shop, right outside the temple, to buy the samagri – a packet of 250ml milk, a small box of sweets, a garland and some loose flowers. I was about to take off my shoes when I felt that somebody’s eyes were piercing through me. I turned around and a large and blank pair of eyes that belonged to a boy six-or-seven-years-old was watching. I looked at the milk and sweets in my hands and contemplated and then I walked up to him. I asked him if he wanted the milk and sweets and he nodded in the affirmative. I gave him what I had and went inside. As mentioned before, it was a Monday morning so where I stepped in was a small crowded room, which was packed with devout women pouring milk over the Shivling and praying fervently. I placed the flowers on the side and put the garland around the Linga. I tried to pray but was jostled out of the room without my having asked.

This continued until the time when the stipulated three months were over. By then instead of one boy, I was buying milk and sweet packets for nine children and handing it to them before entering the temple and placing the flowers at the Linga - barely managing to garland it and getting pushed out.

Finally it was the last day that I was to follow what Guruji had told me to do and the certainty that was to buy me the peace of mind I was seeking was still elusive. I wasn’t going to come to this temple again; I worried for the children who would expect me to return. I couldn’t let these lovely people down - they would run along my car, make faces, perform comic acts and make me laugh and even chase my car when I was driving away.

I gave the shopkeeper money for the next four weeks and told him that I would return to keep my commitment. I told the kids that I am not going to be coming henceforth and that the shopkeeper will give them their packets of milk and boxes of sweets every Monday. As usual they chased my car when I left.

It used to cost me a small amount of money every month. I would religiously go by the route and past the shopkeeper to pay him the money for more than two years after. Initially, I would meet some kids but slowly they disappeared. And then the shopkeeper informed me that none of them were visible any longer. 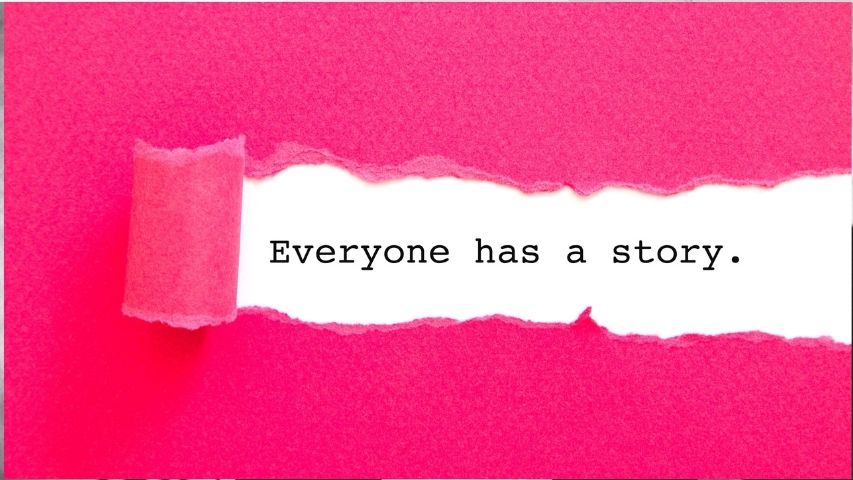 What Guruji had promised, but of course, never happened. When I told my friend that my efforts had failed, she said to me that I must not have been sincere about following Gurujis instructions. I did tell her that instead of offering the milk and sweets to the Shivling, I was giving it to poor children and she said to me that it was exactly the reason why my wish had not been fulfilled. I replied to her and said that if God preferred that I put the milk and sweets down the drain instead of giving it to the children who were hungry, then I have a problem with Him. We agreed to disagree and left it there.

Today when the government of India has announced a framework, however non-interfering to creativity it may claim it to be, I only get one message - it is that the government will no longer tolerate content on streaming platforms like Netflix, Amazon Prime, Disney+Hotstar etc., that challenges its ideology or for that matter questions the Hindutva beliefs. I trust that I am right in thinking this way because what is offensive is very difficult to define in India. Thus, what offends the mighty state will be the final interpretation of these orders. Again this time, like was done when passing the farm laws, without due process and enough discussion with all the stakeholders who will be impacted.

For two decades now, my heart has skipped a beat each time that I saw women push a vessel of rice with their feet when performing grihapravesh – it is still shown in episode after episode of soap operas that have met this government’s approval. So much so that one of the ministers in the present cabinet was once the lead actor of a popular television serial that also met the approval of our present powerful – a series in which many rituals performed on a daily basis were regressive, divisive and anti-poor. Forget the fact that diversity was ignored as if it didn’t exist in India, it set aspirations for the most excluded, especially women who otherwise have no choice but to be the working companions of their counterparts, to dream of becoming rich and bejeweled, to engage in the kitchen politics of a joint family and to fall at the feet of men; and it glorified the suffering woman to such an extent that a whole generation of girls grew up romanticizing sacrificing behaviors and acceptance of their predicament of being responsible for keeping the family together despite the violations of their abusive husbands, as good karma.

Also forget the fact that hundreds of kilograms of rice were kicked on the sets of television serials, which were forced to have such scenes canned every week, and imagine how many thousands of kilograms of critical food in the poorest of Indian households are thrown away every year during the performance of this ritual of a Hindu bride entering her marital home for the first time. I’m not even touching upon the gallons of pure ghee and huge amounts of fruit that goes to garbage cans after prayer services and spectacular events in which millions of diyas are light to impress the world with our culture. We are a country of a billion and a half people and eighty percent of us are Hindus – millions still go to sleep hungry every night. 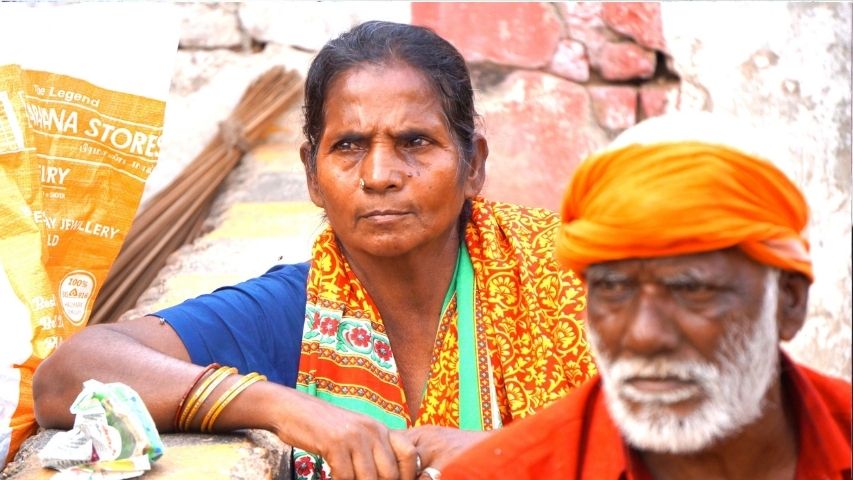 All this may or may not be offensive to many of us but it offends me. This hurts my sentiments. It makes me weep. It gives me sleepless nights. There is barely a birthday party of which pictures are not posted across social media of thousands of cakes splattered on the faces of the birthday girl and the birthday boy. While it means fun for those who do it, I end up thinking of my housekeeper who has four children; she leaves her fifteen years old daughter to look after her three young siblings at home everyday, when she goes to slog it out for more than twelve hours so that she can feed her family. Just one of those birthday cakes in a year would make her children dance with joy. Each picture of cake on the faces of idiotic birthday girls or boys makes me cringe, they offend me and they hurt my sentiments and they also give me sleepless nights.

The fact is, that in India we have our priorities twisted in knots and governments won’t dare disentangle them lest they lose the loyalty of one section of voters or another. And I for one, know that nothing’s going to work, nothing at all, unless we are able to look at ourselves in the mirrors, long and hard, and come to terms with the fact that this hypocrisy has to end. Try as much as we may, there’s no chance of us becoming the five trillion economy that we dream of, when less than five percent of our population has the means to splatter cake on each others faces, to pour gallons of milk on the millions of Shivlings across the country and waste pedas, barfis, gulab jamuns, light diyas with pure ghee and what else not, in the hope that wishes will come true. Putting aside rules and regulations, the impunity with which a tiny section operates, the majority are collaterally disempowered and left to their fate. But of course the guidelines are now in place and they shall be followed. Aparna Purohit is the fallgirl this time.

Miriam Joseph, the producer and member of WCC Kerala puts it succinctly: “The heavyweights have been cozying up to the current administration and doing exactly what they want. The heavyweights have no problem with women, Dalits or Muslims getting screwed over because they are for the most part not from those communities and are very happy to keep the status quo going. And the women amongst the heavyweights are apologists or status quo-ists. None of them want to see an end to their exclusive privilege. They hold on for dear life”.

The question is: Who’s story is offensive?