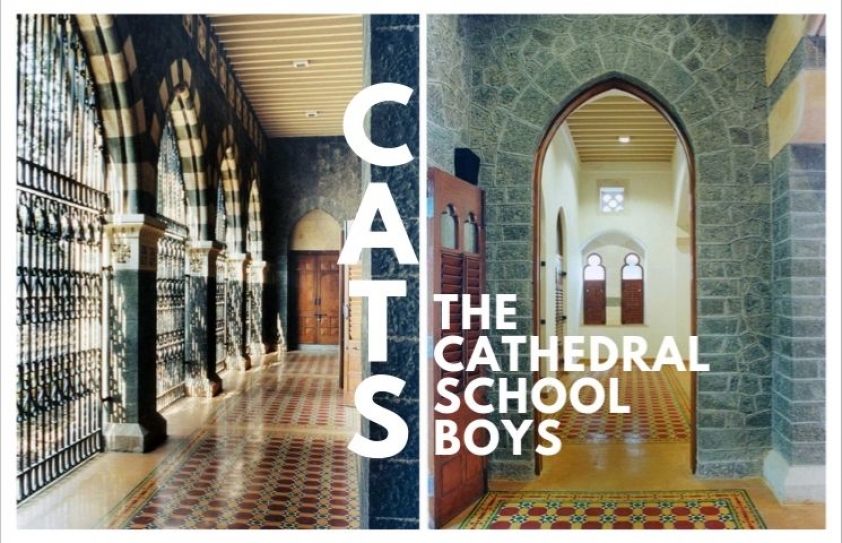 What it meant to be a ‘Cat’ during the swinging 1960s at the premier school of Mumbai, India? Take that, Campionites!

Now, I wouldn’t be making news if I were to yell out from the terrace tops, that my school was the best (like my father bestest). Most say that -- unless logarithms and the bully-next-bench -- turned them into basket cases. Most drape their alma mater in the mink coat of love and adoration.

Sorry for being hopelessly predictable: that squeaky ditty, ‘Those were the days doth play on the turn-table of my mind.’

Okay, so let me attempt a spontaneous take on the way we were - we meaning the coolest Cats (should be Caths, but never mind that) of the swinging ‘60s. No one could touch us in our hearts and minds: all those schools at a javelin’s throw away; don’t even think about them. A case of bloated self-worth, perhaps, but then meowww proud to be a Cat we were, each one of us a Tommy who wouldn’t spare a second glance for a Jerry. Who he?

At the risk of being heckled as snobs-‘n’-toffs, the Cathedral and John Connon School on Outram Road – facing the somewhat pedantically named Parsi lying in Hospital – was a rarefied world. Magic realism, you want? You got it.

The campus sprung surprises, gothic Anglo-Saxon arches giving way to restored post-independence functional classrooms atop a longish, winding stairway and boys on the path crooning away ‘Cliff Richards’ Bachelor boy’. Only they made it Bachelor’s boy. Clever one?

And if one wing looked as if it was architected in sync with a medical prescription, there was the attic roomlet straight out of an illustration in Enid Blyton’s hardbacks. There the doting art teacher Mr Hazarnis presided, striving to make us future Picassos and Mondiglianis. 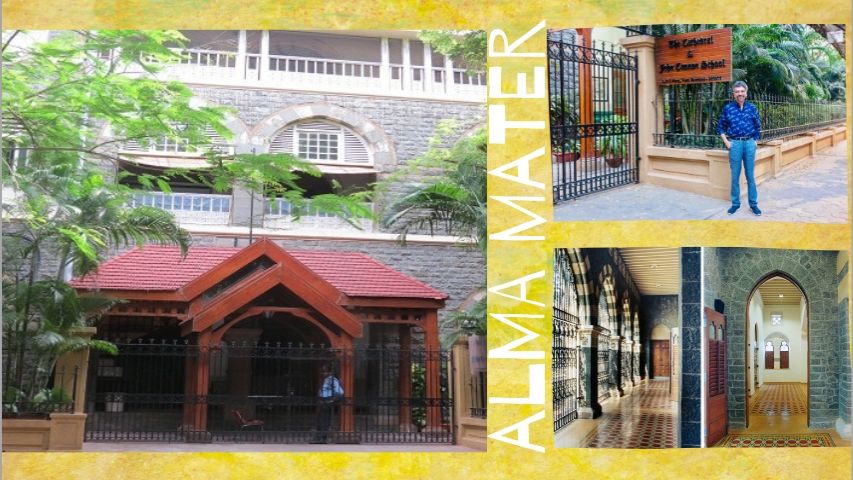 Since my draughtsman-ship was wonky, that helped. The kind soul liked my choice of colors, even if the apples in my still life renditions looked like rotting squares and triangles. “So cubist!” Mr Hazarnis would thump my quaking back, rewarding me with the - fiercely competed for - Powvalla Art prize. Protests went up by the rest of the kids. The Indonesian consul general’s son, Agus Sutarjo had painted a grey-black-and-white watercolor of a ship in a sea-storm. Frankly, it was a stunner. Mr Hazarnis, however, had a taste for the obtusely abstract.

That attic was my art paradiso. And down below, the commodious hall topped by a proscenium stage, was as utilitarian for chanting morning hymn (if late, you had to stand in a corner for 20 minutes and count the cracks) -- as it was for staging the annual school play. Every year it was a riff on Bernard Shaw’s She Stoops to Conquer performed by professionals, till it was resolved, hey let the kids have a go, and one of the teachers would direct.

Mr Dexter, teacher of history plus geography, did. We had wrongly presumed he owned the Dexter shoe shop at Colaba. Anyway, he launched on this ambitious project to direct Shakespeare’s Henry V.

A Godrej scion was Falstaff. Because of my papyrus thin voice (it still is) I was cast as the tavern wench, Hostess Quickly. Quite a challenge I thought, but was a total wreck at the last day of rehearsals. I was padded up big time. In fact in today’s times, I could have passed off as Pamela Leone or Sunny Anderson. Drat, can’t tell the difference in their names but you know what I mean.

For what seemed like an eternity, en route to the performance, I was pinched, particularly on my derriere. Who cared! On stage, I went insane, releasing all my pent-up anger about the compulsory padding. And believe this, I was awarded…er..Best Actor trophy. Outshone Mr Godrej no less.

Too many vignettes flash back, like they do in the European art house movies. I find myself unable to compose a structured ode to the place where I learnt all that I have, other degrees being a mere extension. Take the abundantly stacked library, which introduced me to Jane Austen, Charles Dickens, Ellery Queen, Daphne du Maurier and Leo Tolstoy (pretended I’d completed War and Peace, still haven’t).

The library doubled up as the lunchroom, served to kids whose homes couldn’t send them hot lunch boxes. The Irish stew (nice), the mutton cutlets (dryyyy), the Sultana pudding (delicious name, but too custardy) were delivered from the nearby Bombay Gym. Must have been nutritious, because I grew up to be rotund, not Billy Bunter exactly, but close.

Lemon drops at the tuck shop sold out faster than umbrellas in monsoon. Bull’s eyes, sugar powdered marshmallows, weren’t in the same league. A strange Kwality’s ice-lolly a shade of khaki was to be found only at our tuck outlet. Tasted odd. Small break, lunch break, announced by a happy brass bell, led to yaaay, school’s out at 4.05 p.m. Why 0.5? Don’t know if our Brit principal, Mr Gunnery, believed in time-ology, but there it was.

Actually, Mr Ezekiel is the Dr Frankenstein who created this monster, moi. He had asked us to compose an essay on “My first air flight”. Since I hadn’t flown in any which way when I was in standard VII-B, I had imagined this mildly flirtatious conversation with a woman in the next seat. Mr Ezekiel found the essay ‘interesting’, he read it out word-for-word to the classroom, which was in splits, in a nice way.

At the end of the mirthful read, he looked me straight in the eye to quiz, “Do you know how many marks you should get for this?” I beamed like a Christmas tree, expecting a gold medal. Signing my essay with a flourish, he announced, “Zero!”

So, just to show Mr Ezekiel that he was wrong, I swore I’d write, write and write and be read somewhere sometime. If you’ve reached this sentence, then sweet vengeance is mine.

(Dear editor: have left room open for a sequel)