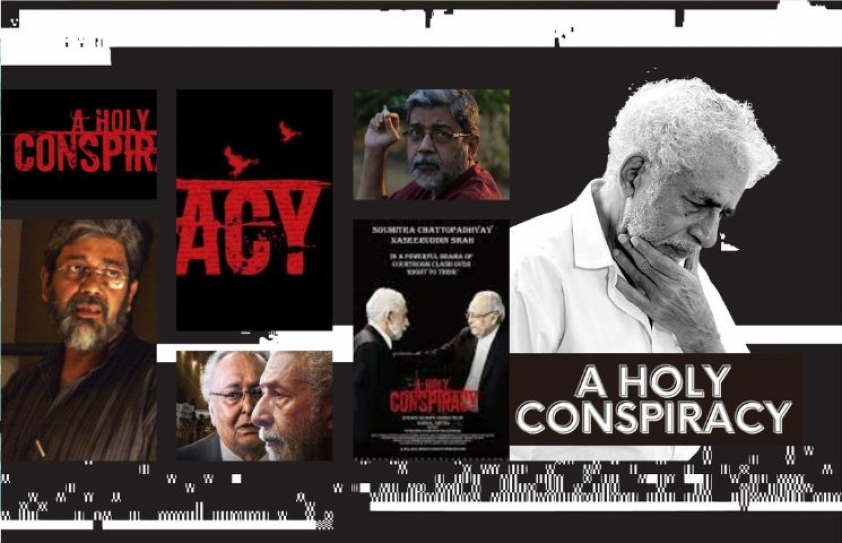 Monojit Lahiri reviews A Holy Conspiracy, a Saibal Mitra Film. A must-see film for all lovers of quality cinema, he writes.

First things first. Saibal Mitra is indeed a truly brave filmmaker and A Holy Conspiracy is a hugely courageous film. It dares to release at a time when the post-pandemic film industry desperate to connect with the audience remains convinced that serious, issue-based films provoking audiences to think must be consciously avoided and instead be carpet-bombed with light-weight entertainment-driven fare. Result? B-grade movies with A-grade budgets going phussss!!

AHC is a labour of love, the work of a passionate, focussed and committed filmmaker so sure of his vision and craft that he doesn’t include a single shot to arrest/distract attention. He reduces each scene to its essence and lets it live on the screen long enough for us to contemplate and inhabit our imagination. Once over, AHC’s impact is both uplifting and fulfilling, the opposite of fluffy, feel-good, popcorn for the eyes!

But we are going way ahead. AHC is loosely adapted from the American play, Inherit The Wind, a fictionalised account of the 1925 Scopes Monkey Trial, which resulted in John Scope’s conviction for teaching evolution before Christianity did, contrary to the Tennessee state law of that time. It echoed parallels with Mccarthyism, the (in)famous) witch-hunt against communists fuelled by an arrogant, powerful, ignorant, tunnel-viewed, insecure, fear-mongering establishment.

The subject hinges on the idea that truth cannot exist without freedom of speech, thought, action and that mutual respect for privately held thoughts and beliefs is more valuable than social and political correctness, or blindly, in opportunistic fashion, pursuing the ‘might is right’ thinking. 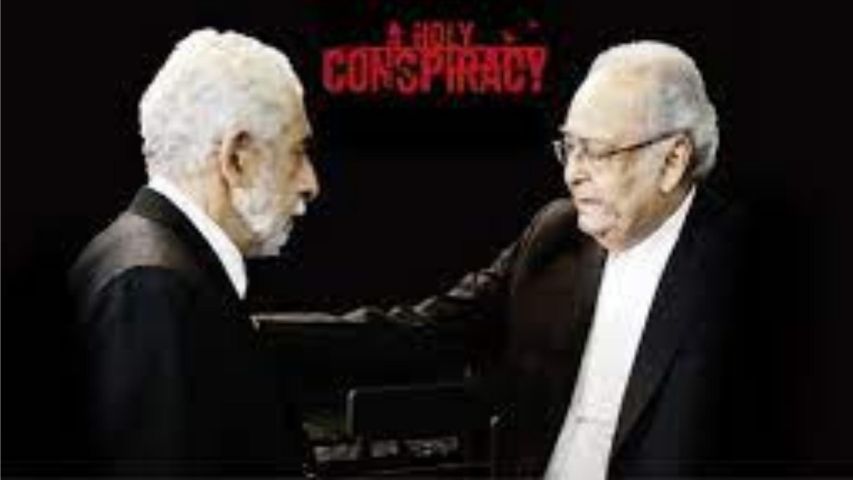 In AHC, Mitra attempts to smartly localise the American characters and context to today’s burning issues, powered by a sharp communal edge and comes out trumps. While all the roles (played out by veterans Kaushik Sen, Anasuya Mazumdar, Subhrojit) are predictably spot-on, the real surprises are Sharman Chattopadhyay, playing the wronged teacher and Amrita Chatterjee, as the troubled daughter of the righteous priest, torn between her liberated and visionary fiancé and her rigid father. However, it has to be the power-picked duels between the two titans, Soumitra Chatterjee and Naseeruddin Shah (fantastic casting coup!) that storm-centres the film.  There are some films that threaten to transcend its source and some actors who don’t go for the usual audience-friendly, showy, hi-pitched flashy stuff.  They are least interested in the surround-sound rhetoric, but are instead keen to know what happens to the words after they have done their job. They don’t chase wah-wahs. They pursue truth, twenty-four times a second.

Finally, AHC is an important film for several reasons. For one, it’s a film about moral choices set in a conflict zone, which connects with today’s environment, but works as entertainment for the evolved viewer. Two – at the cost of sounding biased and with full respect to the late, great Soumitra Chatterjee, the film shows us what great acting is about and why Naseeruddin Shah (the acknowledged enfant terrible of Bollywood) is so revered as a class act.

Naseer’s performance is not all personality but largely based on the understanding and interpretation of the character along with flawless technical virtuosity. Forever refusing to be (echoing Brando) ”reduced to a mere star”, Shah’s is a master class in acting where eyes, hands, body and voice seamlessly create magic. Absorbing, enriching and even empowering, after seeing the film, a lot of us felt an exhilaration beyond description. Thank you, Saibal Mitra.  The angels are on your side, for sure...