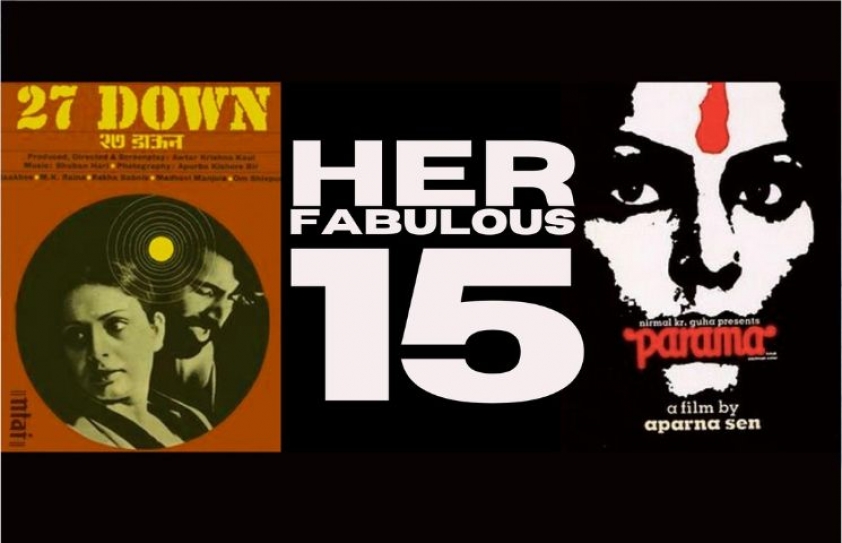 On the event of her birthday tomorrow (August 15), film historian Dhruv Somani selects the 15 most unforgettable performances of Raakhee Gulzar.

Equitable, upright and beautiful, that’s Raakhee Gulzar. Born in the Ranaghat village in West Bengal, she made her debut in BodhuBoron (1967) after which she was signed by Rajshri Productions for Jeevan Mrityu (1970) opposite Dharmendra. Here was a crime thriller, a remake of the Bengali film Jiban Mrityu (1967), which starred Uttam Kumar and Supriya Devi.

Jeevan Mrityu fared well. The leading lady cast a spell on the industry and the audience, just like her hit song Jhilmil Sitaron Ka Aangan Hoga. Though her vast oeuvre has been amazing this week on her 75th birthday on August 15, here’s looking back at her top 15 films. 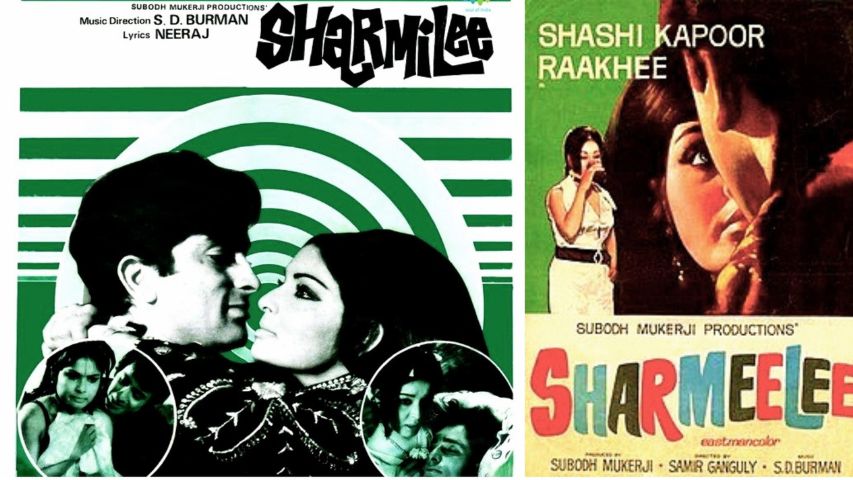 Produced by Subodh Mukerjee and directed by Samir Ganguly, this one was a romantic thriller starring Shashi Kapoor, Raakhee, Ranjeet, Narendranath, Iftekhar, Nazir Hussain and Anita Guha. Raakhee played the dual role of sisters Kanchan (who is the timid one) and Kamini (the bold one). The film also marked the debut of villain Ranjeet. It’s believed that during the interval of its premiere, all his family members were found missing as they were disgusted with the rape scene, he had performed.

Sharmilee was a turning point for both Ranjeet and Raakhee – it is her only dual role film to date. The music by S.D. Burman remains popular, thanks to such melodious numbers as Megha Chhaye Aadhi Raat, Reshmi Ujala Hai, O Meri Sharmilee, Aaj Madhosh Hua Jaae Re and Khilte Hai Gul Yahan. Not many know that Saira Banu was originally offered this film but had to decline as she was unwell. 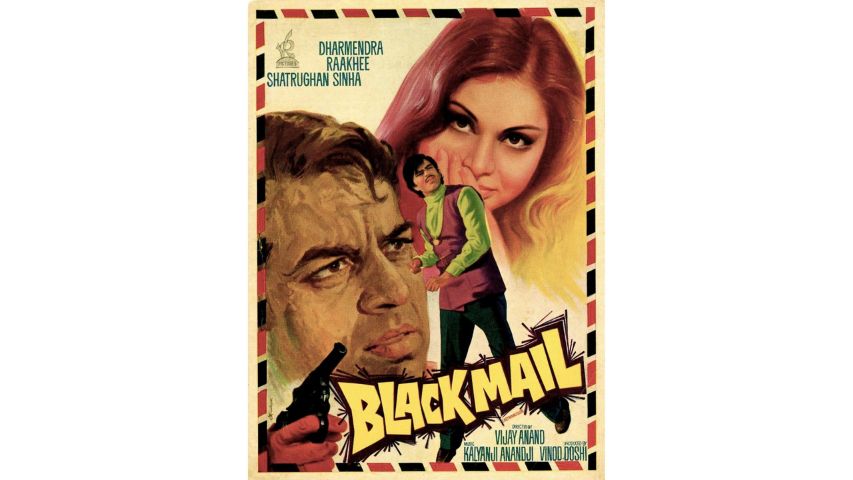 Blackmail directed by Vijay Anand starred Dharmendra, Raakhee, Shatrughan Sinha and Madan Puri. It is one of the most underrated films of Vijay Anand. Raakhee played the role of Asha Mehta who is dumped and blackmailed by her lover Jeevan played by Shatrughan Sinha.

Blackmail had one of the most romantic songs of Bollywood, which is still loved and adored by all: Pal Pal Dil Ke Paas Tum Rehte Ho. But the film failed to perform well at the ticket counters since audiences could not accept action hero Dharmendra in a soft role opposite Shatrughan Sinha as the villain. Vijay Anand had stated that the viewers probably expected more action. Piquantly, Karan Deol (grandson of Dharmendra) made his Bollywood debut in a film with the title Pal Pal Dil Ke Paas (2019) from Blackmail. 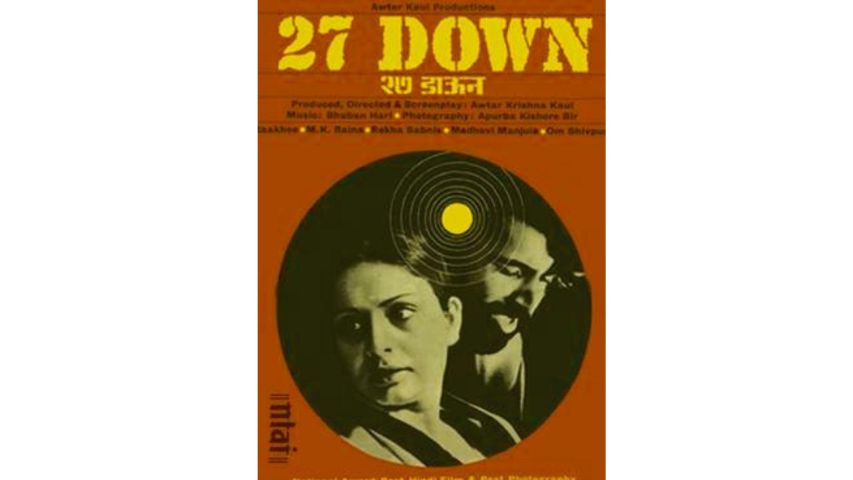 A black and white, unconventional film, 27 Down featured Raakhee along with M.K. Raina, Rekha Sabnis, Om Shivpuri and Sudhir Dalvi. The plot hinged on 27 Down - the Bombay Varanasi Express train. Raakhee played the role of a Life Insurance Corporation employee Shalini, who manages to change the dynamics in the life of her boyfriend Sanjay. The film won the award of Best Feature Film at the 21st National Film Awards but unfortunately the director of the film Awtar Krishna Kaul had passed away in an accident. 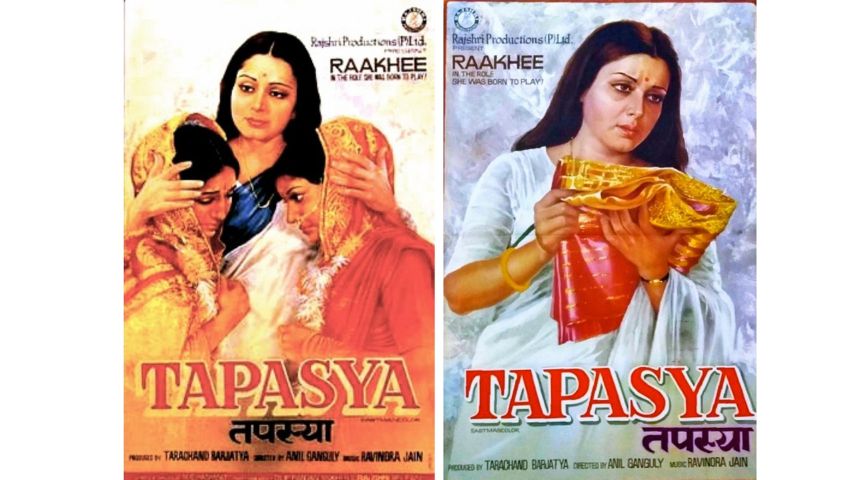 With Tapasya, Raakhee was back with Rajshri Productions. It was a powerful, tear-inducing drama. Directed by Anil Ganguly, the rest of the acting crew comprised Parikshit Sahni, Asrani, A.K. Hangal, Om Shivpuri and Lalita Pawar. It was based on the story of Ashapurna Devi: Raakhee enacted the part of Indrani Sinha who sacrifices her dreams and ambitions for the future of her younger siblings since she is the breadwinner of the family.

Tapasya was the first film she had signed after her marriage with Gulzar. It fetched her the Filmfare Award for Best Actress. By the way, director Rajkumar Kohli had made a film Kahani Hum Sab Ki (1973), starring Mala Sinha and Vinod Mehra, which had tanked. Tarachand Barjatiya was impressed with its story and with minor changes made, he produced Tapasya. And it did wonders at the box office. 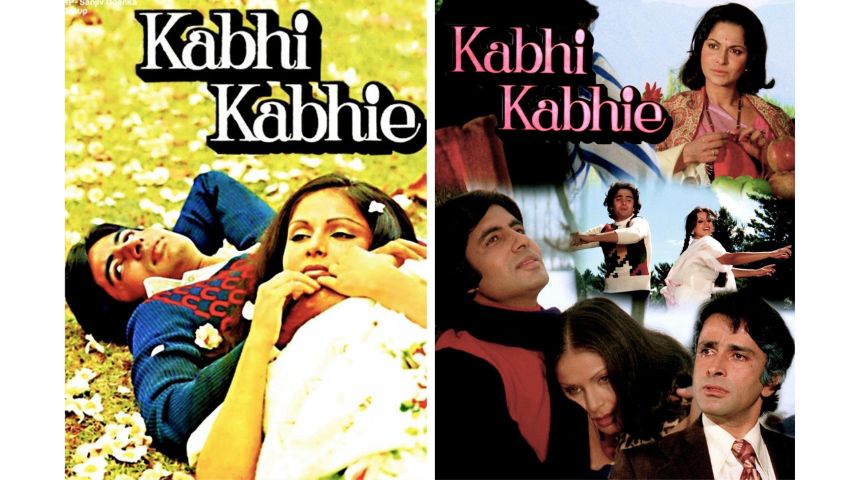 Raakhee played the role of Pooja who falls in love with her classmate Amit Malhotra (an upcoming poet) but is forced into an arranged marriage by her parents with an architect Vijay Khanna. 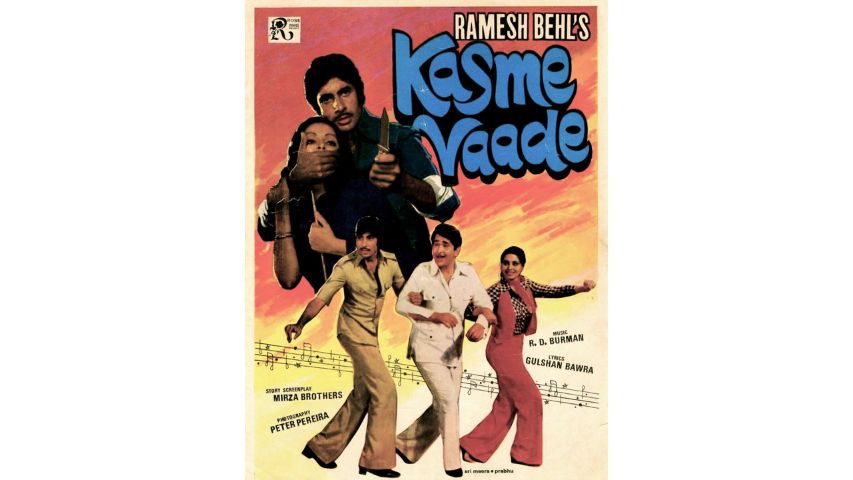 An action thriller produced and directed by Ramesh Behl, starring Amitabh Bachchan, Randhir Kapoor, Neetu Singh, Vijayendra Ghatge and Amjad Khan, Raakhee played the role of Suman who is in love with Amit, a lecturer in the local university who stays with his younger brother Raju (a spoilt brat). Accidentally, Amit is killed in an attempt to save Raju. But he has a lookalike.

Raakhee received higher billing than Bachchan. The music by R.D. Burman yielded such memorable numbers as Aati Rahengi Baharein and Kasme Vaade Nibhayenge Hum. Vijayendra Ghatge played the villain and was offered many negative roles, which he declined until Jyoti (1980). Incidentally, Rekha appeared in a mujra song. The same year Raakhee was seen in another blockbuster in the strong role of Geeta opposite Bachchan in Trishul. 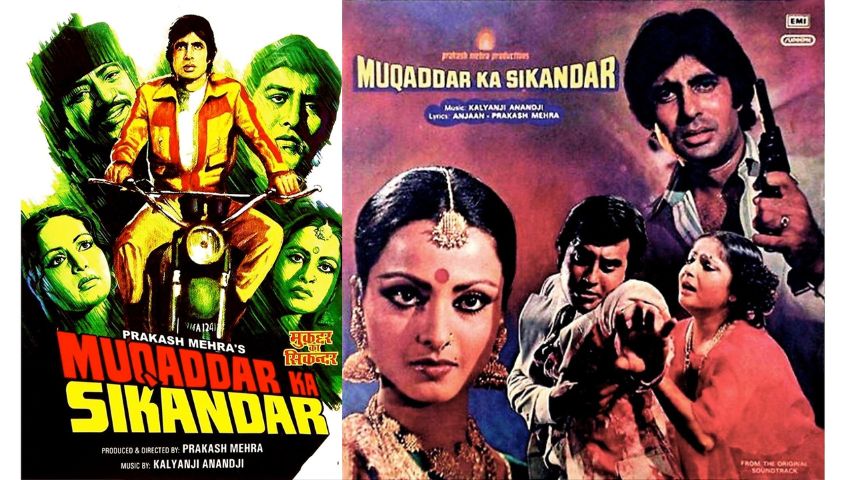 Penned by Kadar Khan and directed by Prakash Mehra, Muqaddar Ka Sikandar is an iconic film starring Amitabh Bachchan, Vinod Khanna, Raakhee Gulzar, Amjad Khan, Ranjeet, Dr. Shreeram Lagoo, Nirupa Roy and Rekha. It was the highest grossing film of 1978 and was later made in all languages. Raakhee essayed the role of Kaamna who is in love with Vishal. Both are unaware of Sikandar being silently in love with her as he addresses her as Memsaab. The outstanding music by Kalyanji-Anandji and superlative performances by the entire cast still stay fresh in everyone’s heart. 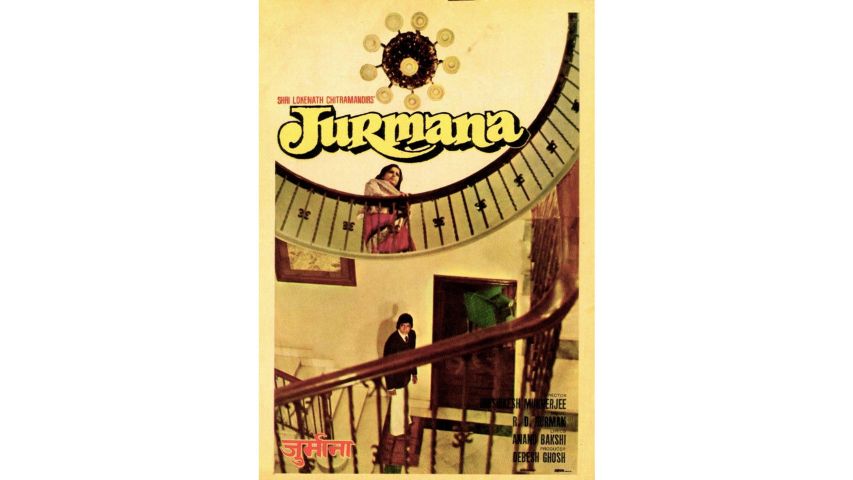 Emerges a love triangle, as Prakash admires Rama but fails to express his feelings towards her, while his friend Inder Saxena lures her with his fame and fortune. A bet between two friends changes the direction of Rama’s life, forcing her to become Sudha Sharma.

Jurmana again had some beautiful songs by R.D. Burman like Saawan Ke Jhoole Pade and Chhoti Si Ek Kali. Hrishikesh Mukherjee directed another film with the same star cast Bemisal (1982) in which again Raakhee played the idealistic Kavita Chaturvedi, belting out yet another unforgettable performance. 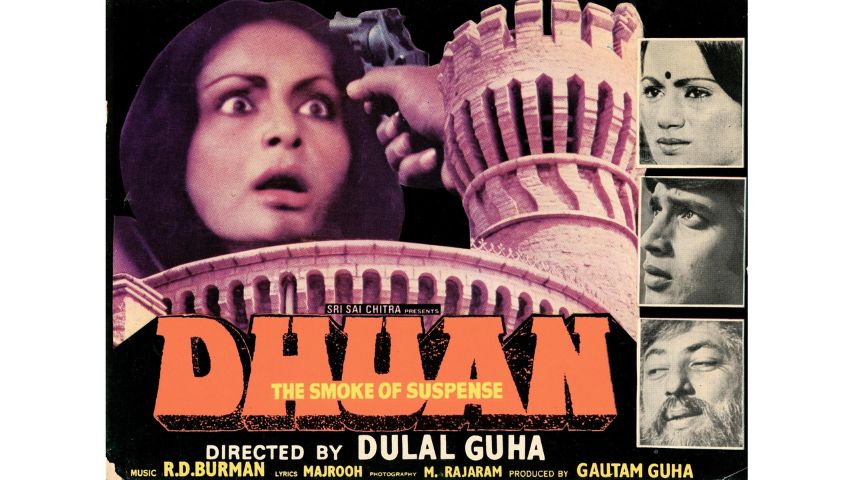 Directed by Dulal Guha, Dhuaan was a classic thriller starring Raakhee, Mithun Chakraborty, Ranjeeta, Amjad Khan, Aruna Irani, Padma Khanna and Jeetendra. Raakhee essayed the role of Rajmata Gayatri Saxena whose life suddenly turns topsy-turvy when a stranger enters her estate and claims to be her dead husband’s younger brother. But Gayatri Saxena believes her brother-in-law has been long dead in a car accident. She tries her best to prove the imposter to be a crook but all evidence goes against her. Raakhee delivered yet another intense performance in this suspense saga, which was inspired by a Gujarati play. 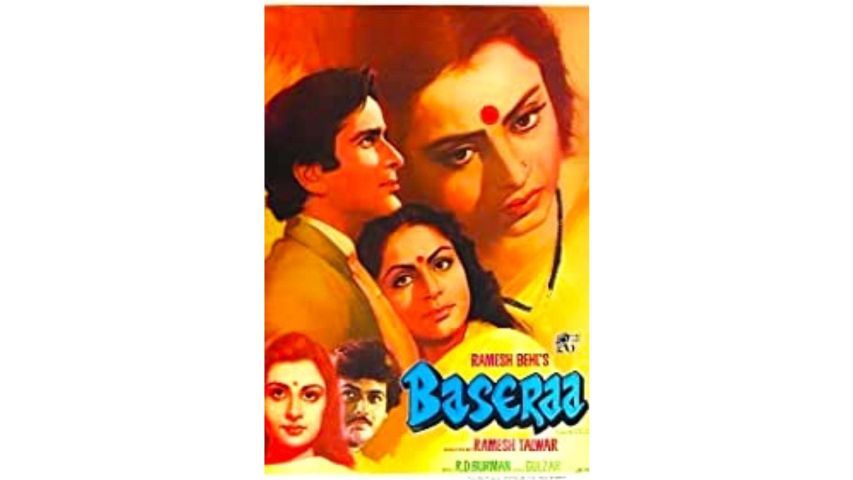 Ramesh Behl produced Baseraa and it was directed by Ramesh Talwar. Based on a Marathi novel, it showcased Raakhee, Shashi Kapoor, Rekha, Raj Kiran, Poonam Dhillon, A.K. Hangal and Iftekhar. Raakhee incarnates Sharda who is in a coma but returns back from the mental asylum after 14 years to her family. In these years things have drastically changed as her husband Balraj is now married to her younger sister Nima. 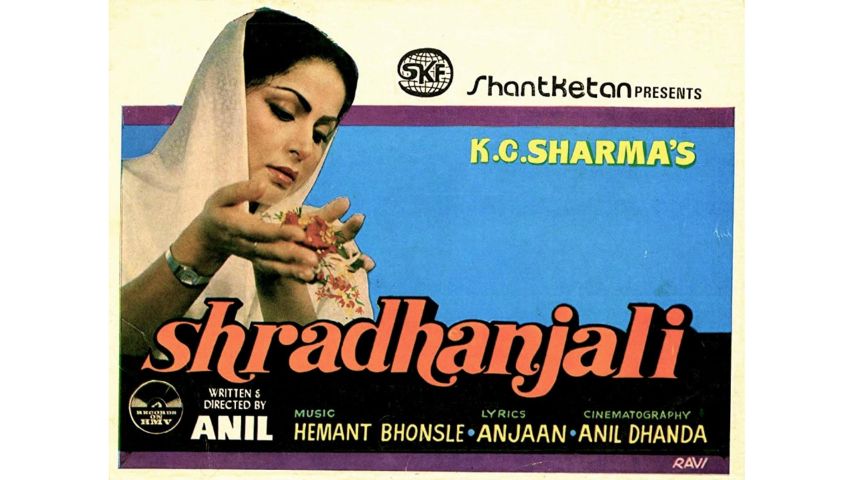 Shradhanjali was the debut film of director Anil Sharma (Gaddar fame) starring Raakhee, Deepak Parashar, Arun Govil, Madhu Kapoor, Sulochana and Suresh Oberoi. Raakhee as Shraddha loses her brother Bittu in a freak accident but she is saved by Amit Kumar, her longtime boyfriend whom she eventually marries.

They are a happy family as she resides with Amit’s mother and his younger brother Raju, until Amit and his mother are killed by Laxmi Narayan, their business competitor. The widowed Shraddha aborts her own child to look after Raju.

Years later, Raju falls in love with the daughter of Laxmi Narayan but Shraddha still has some unfinished business with him. Raakhee was paired opposite the much younger Deepak Parashar. 1981 could easily be said to be her year with mega-successes as Dhuaan, Baseraa, Shradhanjali, Barsaat Ki Ek Raat, Rocky and Laawaris (special appearance). 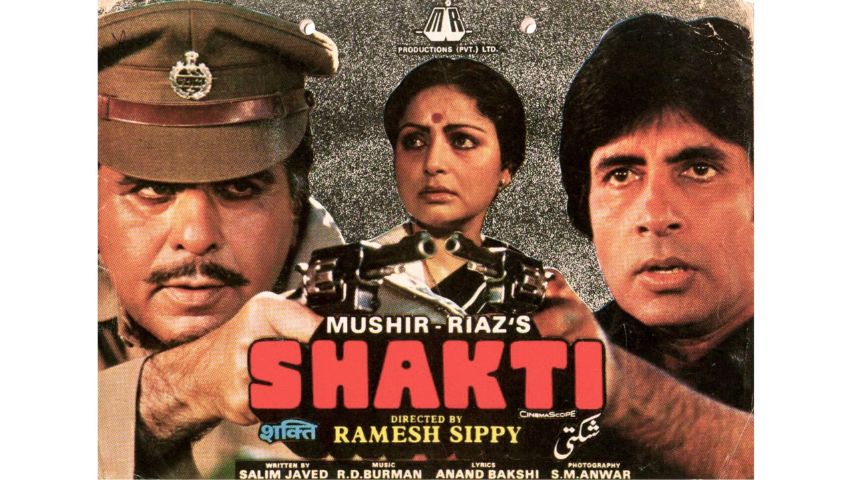 Shakti, directed by Ramesh Sippy, was noteworthy especially for Dilip Kumar and Amitabh Bachchan sharing the screen for the first time supported by Raakhee, Smita Patil, Kulbhushan Kharbanda and Amrish Puri. It went on to win multiple Filmfare and other awards but scored an average run at the ticket counters Raakhee was confident and gutsy enough to play the character of Sheetal Ashwini Kumar (wife of Dilip Kumar) while she played mother to Bachchan whom she had been romantically paired with in many films even though she is younger to him in reality. 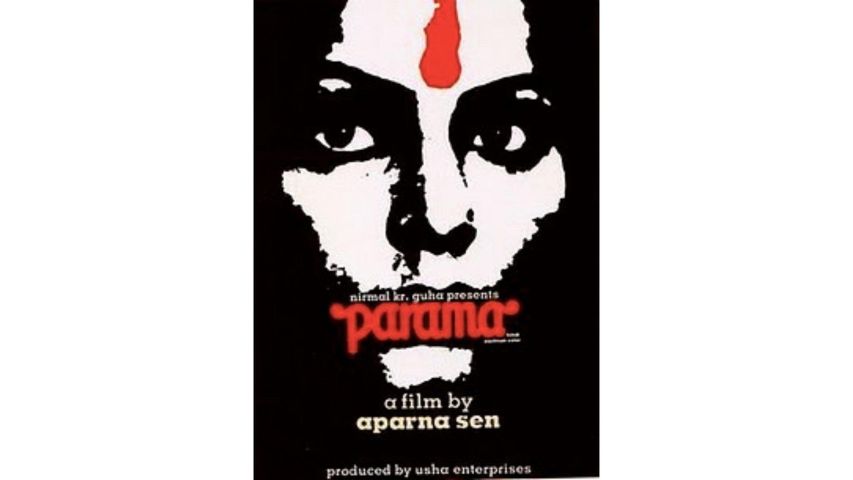 Parama was a daring theme directed by Aparna Sen starring Raakhee in the title role along with Aparna Sen, Anil Chatterjee, Deepankar Dey and Mukul Sharma. Raakhee played the title role of Parama, a 40-year-old Bengali housewife who falls in love with the much younger Rahul, an expatriate photo-journalist working for a magazine. He selects her to pose for the magazine cover for an article called ‘The Indian Housewife’. Parama rediscovers her independence but all hell breaks loose as her risque pictures are published without her consent. She is rejected by her husband, giving her a mental breakdown. Raakhee won unequivocal praise for her bold performance. 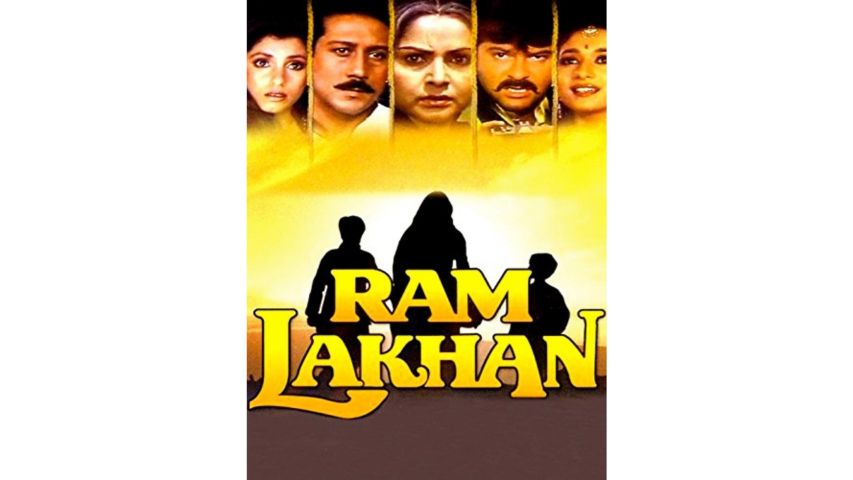 She patiently waits for her sons Ram and Lakhan to grow up to avenge the killers of their father. Raakhee gave a powerhouse performance. She won the Filmfare Award for the Best Supporting Actress for Ram Lakhan. 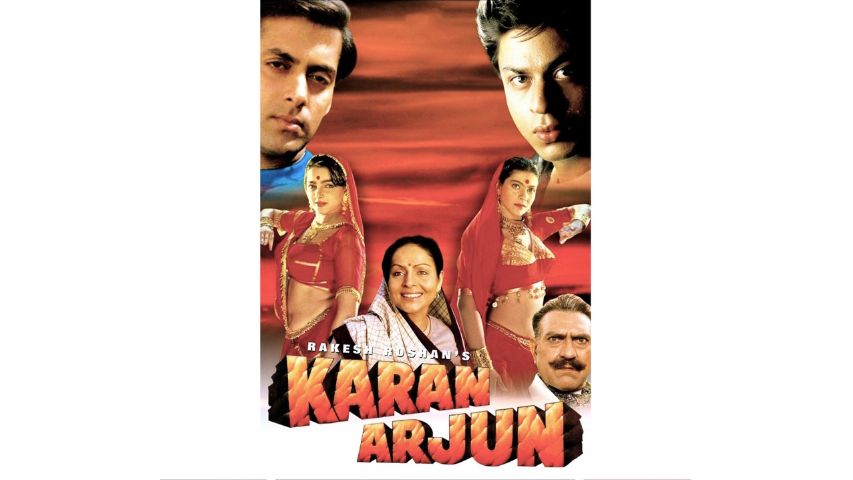 Karan Arjun was Rakesh Roshan’s blockbuster hit starring Raakhee, Shah Rukh Khan, Salman Khan, Kajol, Mamta Kulkarni, Amrish Puri and Ranjeet. This was another pathbreaking performance as she played the role of Durga Singh whose husband and sons Karan and Arjun are mercilessly killed by the village Thakur, Durjan Singh, when they speak out against the tyrannical rule.

Incidentally, a majority of Raakhee’s songs were rendered by the melody queen Lata Mangeshkar.