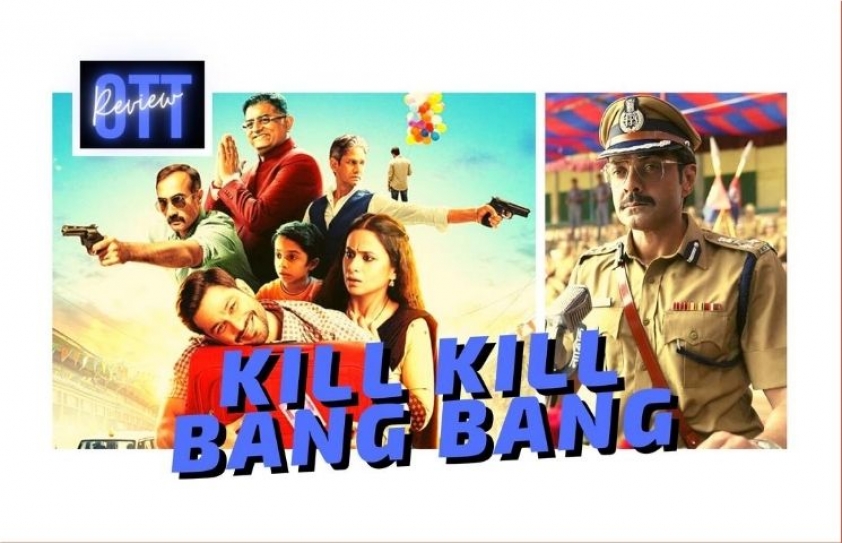 Khalid Mohamed reviews  the cop flick Class of ’83 and more fare streaming on the channels currently.

Mostly, it’s been mind-barbecued week. Right off, I opened the Voot streaming platform to sample Gone Game – about murder in the time of COVID-19 toplining good old Sanjay Kapoor looking more harassed than someone who has to wash-dry-and-iron his neighbourhood’s laundry every morning. Alas and alack, this alliterative G plunged me into an ocean of anxiety. Help! Switch off. I’ll have to do without Sanjay Kapoor. Sorry, bro.

Worse, perhaps because of my impatience, Voot gave me the Royal Boot. I could never enter the V-zone again. To my eternal horror, my system went bust, or nearly. Network Error, a sky-blue screen said sternly. After packing up for one hour, still no go. More woe. No entry.

Which is to point out that it’s too darn complicated to navigate the engine – or whatever it’s called – of at least a couple of channels. The afore-lamented Zoot, and also Zee 5, keep challenging me to “retry” (subscription fees have been paid and all). Maybe it’s a  ghost in the machine which is playing pranks with me.

Nerves blasted to smithereens, I stick to the regulars - Netflix (perfect navigation and search mode there), Amazon Prime Video and Disney+Hotstar. At least, technically I’m surfing smoothly like a born beach boy, touchoak.

Paradise Found, kind of, but this damn 99 percent of the new content on the platform gets straight to my goatee, leaving me askance. Who is the green-lighting squad here? Is it a corporate round-table or a Brain Tank in Suits, which decides what on heaven and earth, is to be commissioned or not to grab the Indian retinas? (And the process increases the much-wanted subscriptions).

Or are brand-name producers – like Shah Rukh Khan’s Red Chillies Entertainment, on some sort of blind-person’s-buff priority list. For evidence, there’s: 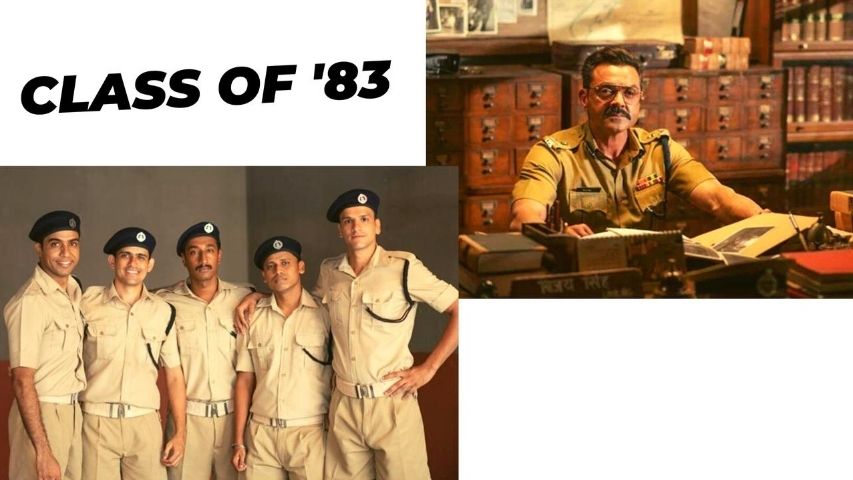 The late Rishi Kapoor was surprised that his Gurgaon-located crawly cops versus baddies thriller Aurangzeb, directed by Atul Sabharwal had tanked majorly some seven years ago. Now Sabharwalji fortuitously gets another chance to assert his heavy mettle with this grim business about a valiant police officer Vijay Singh (Bobby Deol, looking like a victim of sleep deprivation).

Kicking off with a quote by the Athenian philosopher Plato, the mellowdrama derived from a book by the uncrowned king of underworld novels, former journalist S. Husain Zaidi, drags you back to the bang-a-bang Bombay of the 1980s. The gangstas reigned, the police force was sorely pained, extortions, killings and street shoot-outs rained.

That’s the pre-burnt-out Ram Gopal Varma terrain, you might mull for a minute. But then the offshoot - the birth of encounter specialists - is a subject that’s infinite, timeless, interesting, blah blah. Agreed, okay. So chill, hang on, there you are in the Nashik Police Training Academy where Vijay Singh has been demoted to the rank of the Dean. Lean-‘n’-mean, sadly he’s never ever full of beans. Quite scarily, he even squeezes a goofy trainee’s private parts to suggest shape-up-or-get-the-hell-out. Oucheee. Cut to the trainee placing a hot water bottle on his tender-loins. Really now!

Anyway the 98-minuter – devoid of women but for a couple of women cops and a sad soul on a hospital bed - goes around in concentric circles, intermittently cutting to newspaper headlines and stock shots of the 1980s, including a rather fuzzy insert of traffic on Marine Drive.

The overused Ballard Pier’s colonial buildings are employed as locations of the distant past and oh dear, the campus, hall and classrooms of St Xavier’s College serve alternately as police offices and the Nashik Academy. Gratifyingly, the unit did keep far away from the halcyon college library.

To slice a short story shorter, our Dean saab selects five of the least promising trainees to become the police force’s “Dirty Harrys”. Like Harry and James Bond, they have the licence to kill. That’s the only way to beat the bureaucratic system represented by a cardboard minister (Anuup Soni deserved a chunkier role surely). Just let the khakhi men take the law into their own hands and embark on a Kill-the-Bozos spree.

Tsk, neither of the lawless quintet is accorded sufficient footage or script support  to make them distinguishable from one another. Like it or not, they all wear similar scowls while they commit murders most foul. Allowing a suspect, no matter his crime or his  goonda looks, a moment to defend oneself by a suspect, just wouldn’t wash the beleaguered city clean.

Now, you may state that this did happen. This is reality, no?

Encounter specialists were a phenomenon but eventually the most reckless ones were pulled up, opening up a Pandora’s box of the nexus between the law-keepers and law-keepers. The dramaturgy keeps that at the length of a barge-pole, simply stating a few, too-quick-to-read lines during the end credit titles.

The snag is that this Netflick cares a fig about its moral stance. Neither does it introspect on the age-old dilemma of either sticking to the rules or treating them as a joke. At some point, the pillars of democracy are mentioned - the government, the judiciary and law enforcement - but pointlessly so.

Be it the vengeful Amitabh Bachchan  persona of the 1970s and subsequently the Shivams and Chulbul Pandeys, they have been on the same beat. Here Vijay Singh and his Harrys repeat the formula, with the only difference being the footage expended on the training or the lack of it by the angst-ridden Dean saab (Bobby Deol, miscast).

True, I could have switched off Class of ’83 midstream. I didn’t because bunking class wasn’t an option. Couldn’t go back to Voot, could I face a blue static screen? 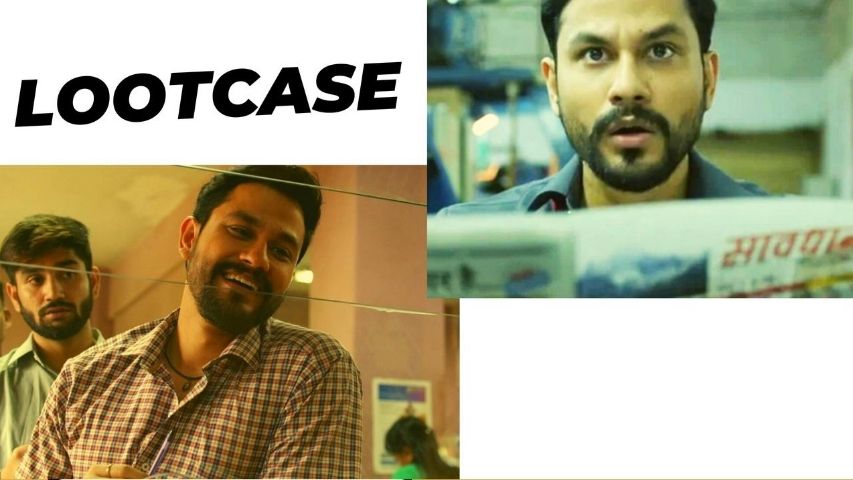 Originally intended for the big screen, this satirical comedy about the unquenchable greed for money turns out to be a pleasant surprise. A red bag containing crores of slush money is at the centre of the plot directed by first-timer Rajesh Krishnan. The cash falls into the hands of a down-at-heel printing press employee (Kunal Khemu - excellent) who dreams of making his tetchy wife (Rasika Dugal - ditto) move into a plush high-rise, buy soft toys for their son and generally live happily ever after.

The bag’s coveted by a greasy politician, a don who’s fixated on watching wildlife on the Geo channel and a straight-as-arrow  cop, portrayed with tongue-in-chic humour by Gajraj Rao, Vijay Raaz and Ranvir Sheorey respectively.

Greed doesn’t pay just like money can’t buy you love, Lootcase says that with crackling candour. It may be technically spotty and the gags do become repetitious. Yet, here’s a comedy of errors which merits three smiley emojis. Such a relief.