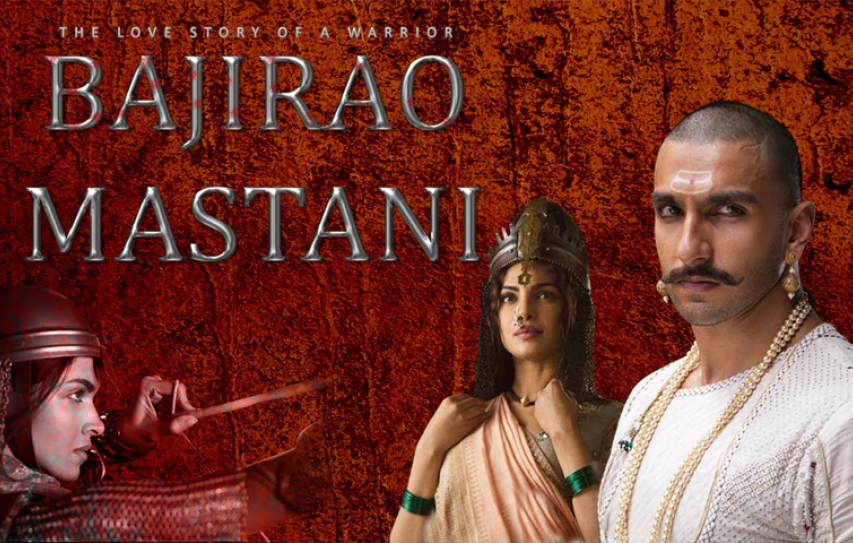 If only parting was such sweet sorrow. The Bard may have waxed eloquent on doomed lovers, but when Peshwa Bajirao Ballal (Ranveer Singh) laid eyes on Mastani (Deepika Padukone), it set into motion consequences more far-reaching and tragic than mere familial disapproval.

Irrfan Khan’s voiceover would have us know that Bajirao had the spark to further his conquests and expand the Maratha Empire after the demise of his father Balaji Vishwanath. For ten years, he waged successful campaigns and decisive victories against formidable armies, having never lost a battle.

His undoing begins when he meets Mastani. It was a time in war when Bundelkhand was under siege by Muhammed Khan Bangash. Mastani was the envoy who sought aid on her father, King Chatrasal’s (Benjamin Gilani) behalf. Somewhere in the grime and blood, steel clashed against steel as did the two fiery warriors. 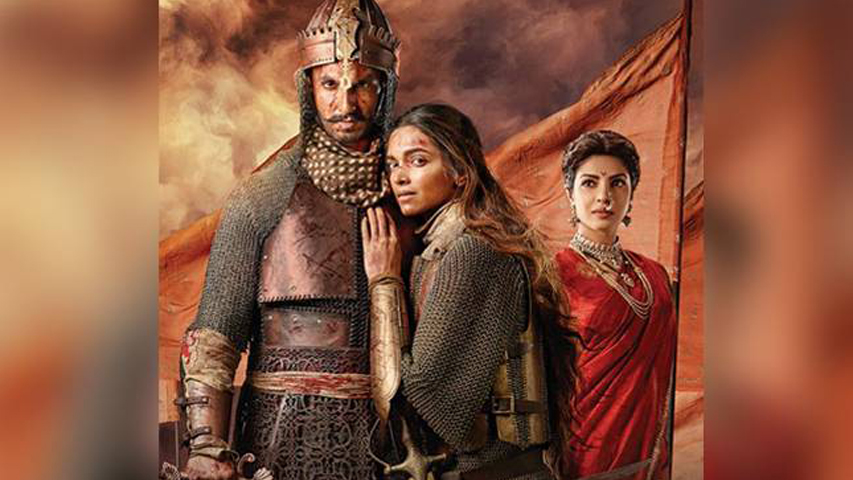 There is no going back. Mastani’s mother objects. They are of two different faiths. The King gives his assent, though. If Jodhabai and Akbar were wedded for political advantage, Mastani must go for her love. Unfortunately, the two women shared vastly differing fates.

Mastani’s appearance at the Peshwa court in Shaniwarwada stuns the subjects and particularly Kashibai (Priyanka Chopra), whose coy, child-woman demeanour is replaced by mournful, contemplative silences of a wronged woman. That Mastani flaunts her love unashamed and unencumbered reflects poorly on her status as the older wife.

Bajirao’s mother Radhabai (Tanvi Azmi) and younger brother Cheemaji Appa (Vaibhav Tatwawdi) vehemently oppose what they believe to be an unholy union. It is disastrous, more so, in the current political climate to have a Peshwa claiming to be married to a half-Muslim woman while taking on the Mughal Empire. 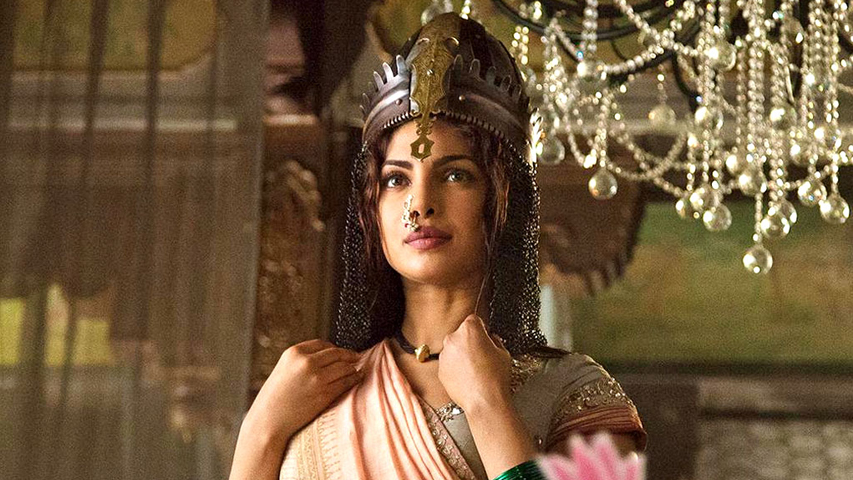 When Bajirao flings a knife at Cheemaji for speaking against their relationship, it spins past and embeds itself into the wall. “Afsos aapka nishaana chook gaya,” taunts Cheemaji. “Nishaana nahi chookaa, re,” says the Peshwa. “Rishta beech mein aa gaya.”

Despite the dignity of the lovers and the restrained fury of the clan, it was a love story doomed from the beginning. But it is a love story all the way. Bajirao Mastani is a breath-taking visual spectacle, which chooses to dazzle with the interiors and the regalia of the court and courtiers rather than the sizzling, unforgiving terrain of the battlefield. After beginning with the impressive montage of war, it settles into the mould of an aesthetically-pleasing romance. A brief action scene appears in the middle but eases back into an operatic mode. There is a battle scene which is slightly outlandish but after that it reverts back to its brooding, simpering drone of unfulfilled love.

The post-interval lags under the creaking melodrama, moving at a sluggish pace in the absence of any political machinations or battle scenes. After the resplendent hues of grandeur for most of the film, the climax takes on a bleaker tone and murkier shades. It also goes a bit overboard with the theatrics towards the end, diluting the overall impact of the film. A post-credit card on the future of the Maratha Empire and the other characters would have added some closure.

The emphasis on the love triangle leaves little focus on the other players in the story. For instance, Panth Pratinidhi (Aditya Pancholi) disappears from the first half despite opposing Bajirao and giving the impression that he will play a major part in the latter half. That is possibly the flaw with Bajirao Mastani. For all its lavish scale, it does not take on a greater scope in plot.

Let that not deter you from watching this spectacle on the big screen. Bajirao Mastani delivers on the promise of being a magnum opus and a treat after other commercial eyesores. Ride along for the costumes, the sets and the performances. And be prepared for couturiers to announce their Bajirao Mastani collection soon after.