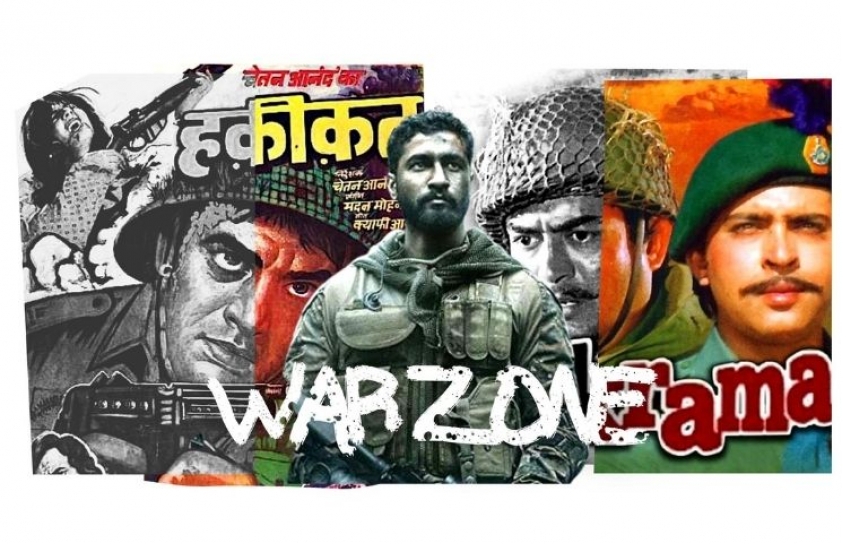 Here’s a selection by film historian, Dhruv Somani, of our war movies, which have left a lasting impression on him.

The theme of war conflicts has found an ongoing favor with the audiences. They generate a moral responsibility for contrasts depicting how our armed forces have to make a choice between life and death, besides highlighting depicted duties towards the family and, most importantly, the motherland.

Bollywood has produced some amazing war-centric films from the very early years itself. However, this genre had been unpopular till director J.P. Dutta (the father of war films) in 1997 helmed Border, a landmark war film based on the Battle of Longewala. Earlier the master producer-director V.Shantaram had made Dr. Kotnis Ki Amar Kahani (1946) narrating the story of a doctor who leads an Indian medical team to China and serves in the Eighth Route Army.

Director Bimal Roy’s Pehla Aadmi (1950) was about the leader of the Indian National Army, Subhash Chandra Bose. K.A. Abbas’s Saat Hindustani (1969), in which Amitabh Bachchan was seen along with Madhu, Shehnaz, Utpal Dutt, Anwar Ali, A.K. Hangal and Jalal Agha, showcased soldiers from different castes and creeds joining a fellow soldier in Goa to fight against the Portuguese occupiers.

Then, there was Vijay Anand’s Hum Dono (1961), later released in a color version, spotlighting colonial Indian armed forces in the Burma region during World War II. Hum Dono starring Dev Anand in a double role along with Nanda and Sadhana was a rare box-office film hit at the time.

Both the top actors as well as directors embraced the subject of patriotism. Take Manoj Kumar’s Upkar (1967) starring Asha Parekh, Prem Chopra, Pran and himself. Dev Anand’s Prem Pujari (1970) starred himself with Waheeda Rehman, Zaheeda and Shatrughan Sinha. Both the actors-directors came closest to making commercial films with the backdrop of the 1965 war against Pakistan.

Keeping our 73rd Republic Day on January 26, here is an insight to some of the war-centric films, which I have personally cherished. 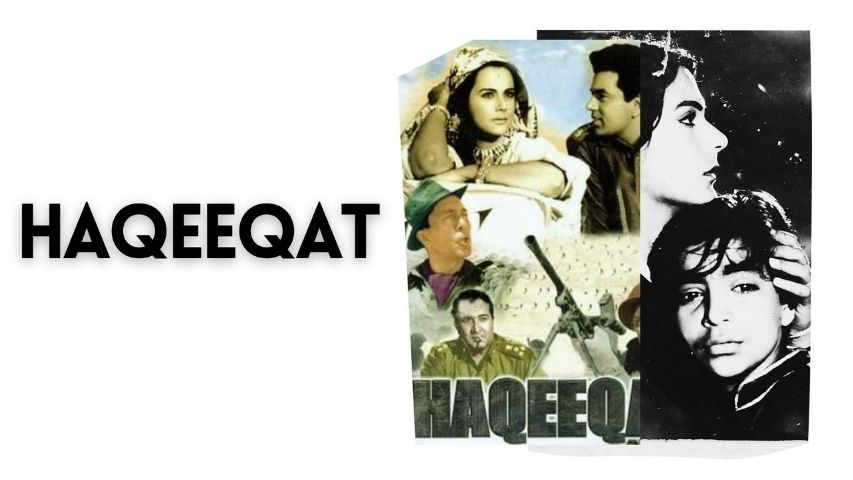 Starring Balraj Sahani, Dharmendra, Priya Rajvansh (debut), Sanjay Khan and Vijay Anand, director Chetan Anand’s was the first Indian combat film in the war movie genre. Its message, black and white cinematography, special effects and above all its music by Madan Mohan made it a critical and a commercial success at the ticket counters. Its songs like Ab Tumhare Hawale Watan Saathiyon, Zara Si Aahat Hoti Hai and Hoke Majboor Mujhe Unse Bhulaya Hoga, topped in Binaca Geetmala. In fact, Ab Tumhare became an everlasting anthem that underscored the bravery and sacrifices of the armed forces.

The focus of Haqeeqat was on the young Lieutenant Bahadur Singh who was posted to Leh. Off duty, he trains a friend and falls in love with his beautiful sister Angmo. Beautifully shot around the monasteries and conveying the Buddhist culture in Leh made this film truly cinematic. It was screened at the film festival in Delhi, with President Dr. Radhakrishnan and Vijayalakshmi Pandit as chief guests.

When Priya Rajvansh the debutante actress entered the auditorium packed with army Jawans, the President conversed with her about her experience at London’s Royal Academy of Dramatic Arts. She was overwhelmed by the attention even while being nervous about how the audience would react to Haqeeqat since it was devoid of the mandatory commercial ingredients. The distributors had described it as “a dry war documentary”. Subsequently, the film was released on December 30th, on her birthday. As the New Year was around the corner, the response to Haqeeqat gained momentum and was saluted by the audience throughout the nation. 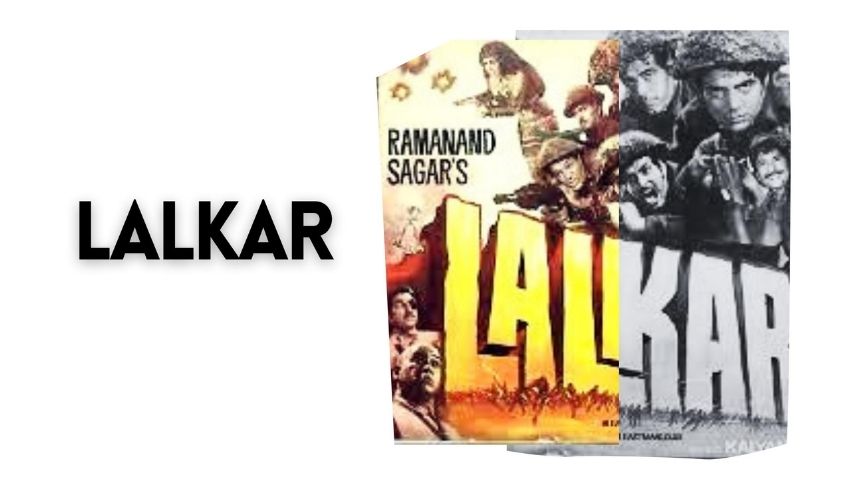 Produced and directed by Ramanand Sagar, Lalkar was an adaptation of a Hindi novel while the music was by Kalyanji Anandji. The cast included Rajendra Kumar, Mala Sinha, Dharmendra, Kum Kum, Dev Kumar, Nazir Hussain, Lalita Pawar, Dara Singh and Manmohan. It dealt with the war of the Indian Armed forces against Japanese troops. Shot on mountainous locations in North India, the special effects were impressive. The songs Aaj Gaalo Muskuralo and Bol Mere Saathiya added to the film’s appeal. 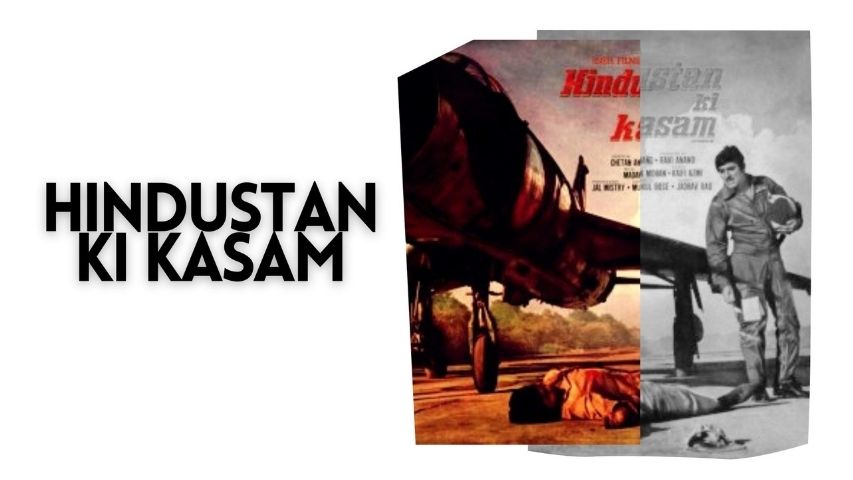 Chetan Anand attempted yet another war film Hindustan Ki Kasam starring himself, Balraj Sahni, Vijay Anand, Raaj Kumar, Priya Rajvansh, Padma Khanna, Amjad Khan, Parikshit Sahni and Bharat Kapoor. The title was catchy and the film had everything in its favor, yet something went amiss and the outcome failed to create an impact at the ticket counters. Dedicated to paying homage to the Indian Air Force during the Bangladesh war, its music by Madan Mohan included the superlative songs Har Taraf Ab Yahi Afsane Hai, Ai Tere Saath Meri Wafa and Duniya Bananewale. The plot was the destruction of powerful Pakistani radar, which could detect incoming fighter planes from very far. 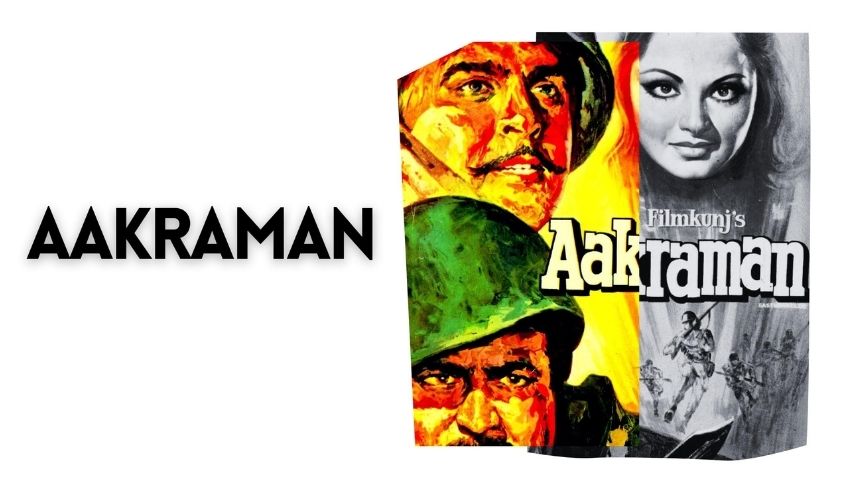 It was a feisty effort from director J.Om. Prakash who made a war film, starring Ashok Kumar, Sanjeev Kumar, Rekha, Rakesh Roshan, Farida Jalal and also Rajesh Khanna (cameo role), Aakraman, which centered around a love triangle. Lieutenant Sunil Mehra and Sheetal are in love until another officer Major Ajay Verma comes into the picture. As soon as the Indo-Pakistan war breaks out the junior officer vows to take revenge against his senior officer who has managed to steal his heartthrob as both are posted in the same army regiment. Rajesh Khanna was seen in a special appearance as an injured jawan of the regiment, Karnail Singh, who performs a special song for his fellow mates on crutches at a club get together. The music was by Laxmikant Pyarelal yet the final result was a failure at the box office. 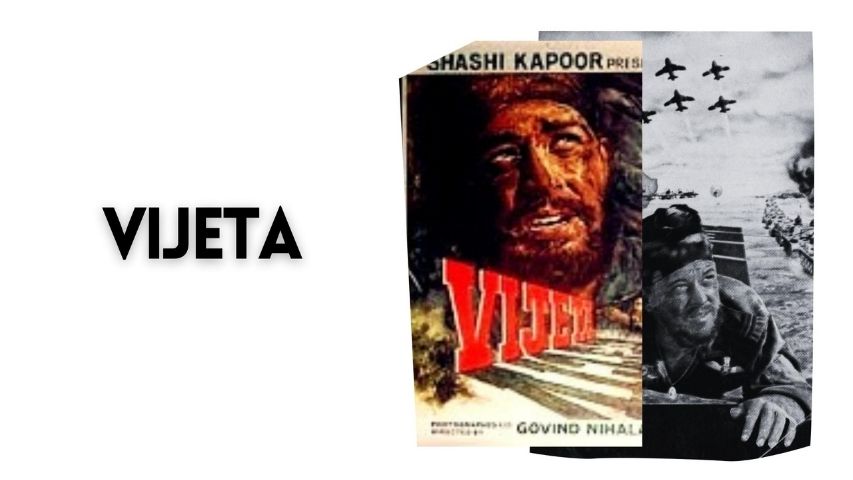 Vijeta was directed by Govind Nihalini and was produced by Shashi Kapoor starring himself along with his son Kunal Kapoor, Rekha, Amrish Puri, Supriya Pathak and K.K. Raina. It focused on the life of a harrowed Sikh youngster, Angad, who joins the IAF and after his training is on the battlefield in 1971 in the Indo-Pakistan war, which can be identified as the battle of Longewala. This film is different as it showcases the struggle, hard work, dedication and commitment of an amateur youngster evolving to a daredevil hero. It also shows the sacrifices of his parents Nihal and Neelima essayed by Shashi and Rekha. Great performances were seen in this sensitive film yet it failed to connect with the viewers and tanked. 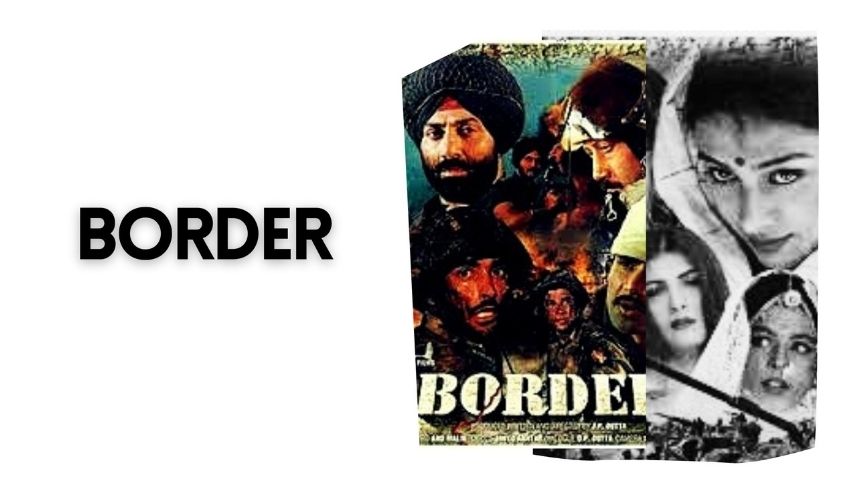 J.P. Dutta, after Chetan Anand, attained success with flying colors. Border had a mammoth star cast with Sunny Deol, Sunil Shetty, Jackie Shroff, Akshaye Khanna, Rakhee, Pooja Bhatt, Sharbani Mukherjee, Tabu and the list is endless. The opus packed in every ingredient of love, hate, friendship, enmity, sacrifice, family reunion, mourning, plus the ability to make you think differently about our Ministry of Defense. It was a huge success in India as well as overseas. It was honored and screened at the 70th Independence Day film festival organized by the Ministry of Defense.

The music played a vital part in its success: the songs Sandese Aate Hai, Toh Chalun, Mere Dushman Mere Bhai all topped the charts and are heard and loved even today. Dutta made other films on war too: Refugee (2000), LOC Kargil (2003) and Paltan (2018), but they failed to create the same impact. Dutta won the National Award for Border for the Best Film. He was indeed the trendsetter of war dramas and made them fashionable. 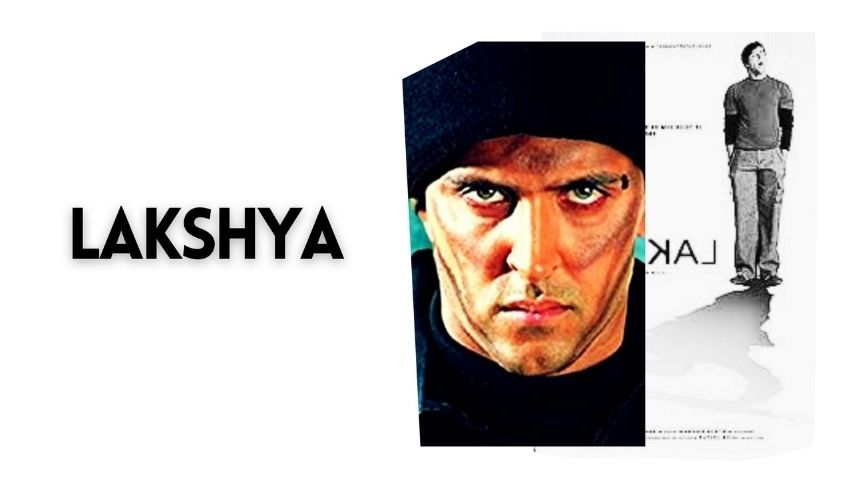 Farhan Akhtar’s Lakshya starring Hrithik Roshan, Preity Zinta, Kushal Punjabi, Sharad Kapoor, Om Puri, Parmeet Sethi, Boman Irani and Amitabh Bachchan was about an aimless lazy young man Karan Shergill who eventually discovers his path towards being an army officer. This story was similar to Govind Nihalani’s Vijeta, which also dealt with a young man’s self-discovery, personal growth and realization. In both these films there’s a young restless soul in search of his identity. After an incident, he is drawn towards the armed forces, to serve the nation. Lakshya had a splendid performance by Hrithik Roshan who surprised one and all and was also well received at the ticket counters. 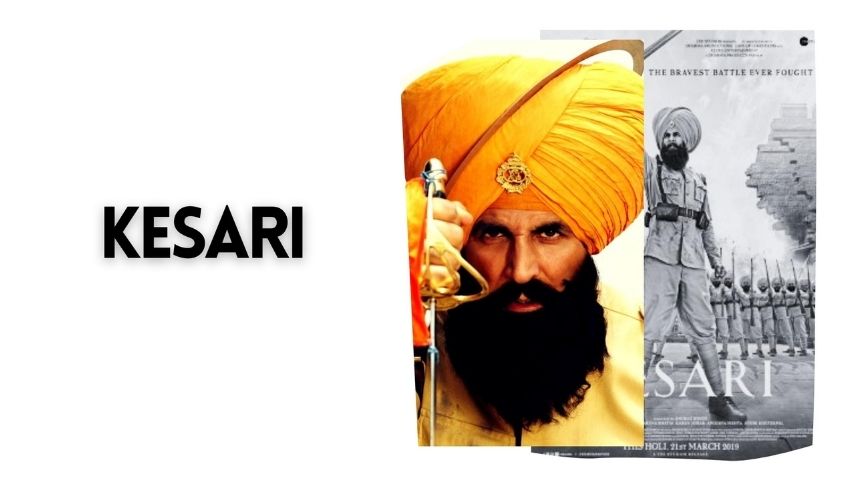 A poignant film directed by Anurag Singh, this was a joint venture with Dharma Productions starring Akshay Kumar and Parineeti Chopra. The focus was on Havildar Ishar Singh, a member of the Sikh Regiment of the British Indian Army posted at Gulistan Fort. He and his group of 21 soldiers of the 36 Sikhs of the British Indian Army fight the Battle of Saragarhi against 10,000 Afridi and Orakzai Pashtun tribesmen in 1987. The song Teri Mitti touched the hearts of the audience. Dharma Productions themed patriotism once again with Shershaah (2021), starring Siddharth Malhotra and Kiara Advani, which received warmth and appreciation on the OTT platform. 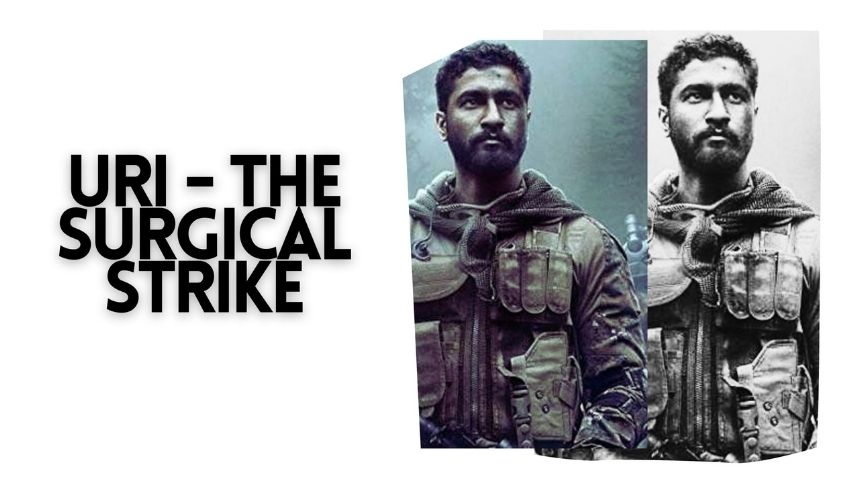 Directed by Aditya Dhar starring Vicky Kaushal, Yami Gautam, Mohit Raina, Kirti Kulhari and Paresh Rawal, this film dramatized the true events of the retaliation to the 2016 Uri Attack. Winner of several popular and critics’ awards, it narrated the story of Major Vihaan Singh Shergill of the para-special forces, which played a major role in the event. Uri was divided into different chapters quite uniquely. The dialogue “How’s the Josh?” is still widely quoted.  It won all the popular and critics awards that year.