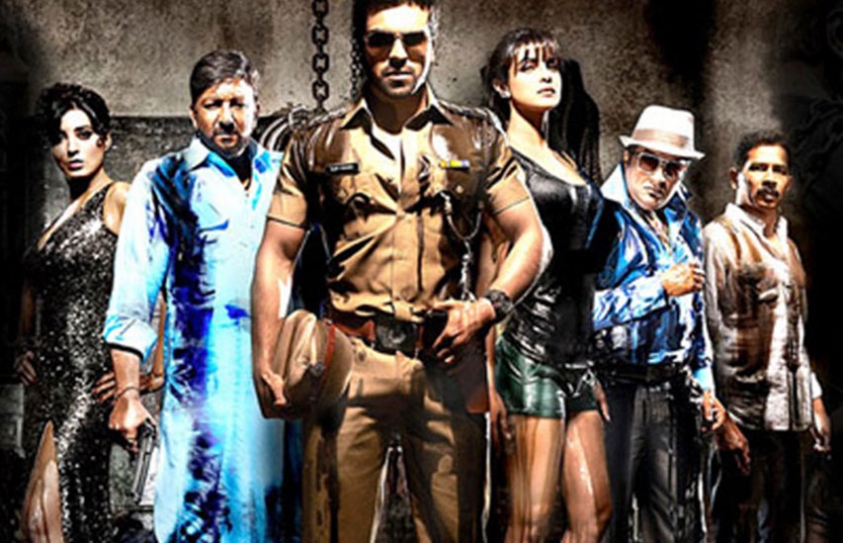 ZANJEER – SHACKLED IN A PAST OF WARPED SENSE OF AUDIENCE EXPECTATIONS

To see a movie like Zanjeer be made the way it has in today’s day and age is appalling. The movie leaves one constantly perplexed as there is no fluid narrative and the characters lack depth. The monotonous performances by Ram Chandra and Priyanka Chopra are equally disappointing. Ram Chandra had a stoic expression of constipation throughout the movie thus incapable of expressing any sort of emotion.

One wonders whether this movie fits in the thriller, comedy or action genre as it fails to meet any of their parameters. Absurd fight sequences with inadequate realism make you wonder what the director, Apoorva Lakhia, is trying to convey, given that the protagonist resorts to violence to solve every conflict. During these fight sequences you come across woeful one-liners from Sher Khan, played by Sanjay Dutt, in an attempt to build a cult following for the character.

The comedy aspects in the movie are equally deplorable. Peripheral characters exist only to mock the intelligence of the viewers with their crass humor. The misogyny in portraying the antagonist’s muse as a sexually depraved nymphomaniac is quite unacceptable as the filmmaker tries to humor the audiences.

The fast paced editing does not let you explore the entirety of any scene as you are rushed through the painful process of watching this movie.

It seems like the makers knew that they were on a losing wicket from the moment they started making the film because every run of the mill method imagined by an over the top Bollywood style has been adopted to attract audiences to the theaters including item songs and aimless action. However the audience bored by being wooed to the theaters through unfair means and being cheated by repeated attempts from the past, kept away from this one, thankfully, because had I been one lured by sex, song and violence, I would have felt extremely fooled.

So we’re happy that on the first day in the second show, there were only about eight people in the hall.

We’re also happy to not have seen the original Zanjeer, therefore no remorse for the massacre, as they say.

It’s an incessant source of anxiety for me to even contemplate what the poorest of our people must be thinking about the lives; we the people, whom they believe live in fast lanes, lead? I shudder to think!