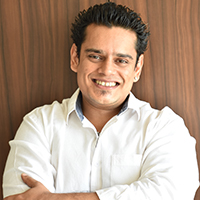 Unlike full length feature films, advertisement campaigns have only a small window of opportunity to grab the attention, and further, have an impact, on the audience they target. This being more so in the case of digital and social media campaigns where the first few seconds can be ‘make or break’ moments. A truly successful campaign not only promotes its product or idea, but in the process, manages to elicit emotions and provoke thought in the minds of its audience. Here we present a select few of such thought provoking, soul touching and socially relevant campaigns of 2017. Right from 'Fearless girl', the statue of a little girl facing the raging bull on Wall Street, aimed towards breaking age-old gender differences in a predominantly male dominant atmosphere, in the process stirring up an immediate outcry, bringing to light relevant issues faced by women in organisations right there, to 'Touch of care' and 'Bleed without violence' which deal with breaking norms and mindsets in traditional societies. The reason these campaigns make the list of 2017, is because not only have they all been successful in their respective missions, but the fact that each of them in their own way, have managed to bring out a positive change either by invoking humane values, spreading awareness, or by mobilising huge crowds worldwide for social causes.

#isitokforguys kicks off the AXE mission to expose the pressure guys feel to 'be a man' and empower them to be whoever they damn well want.

While a lump is the most common sign of breast cancer, some symptoms can be seen rather than felt. Worldwide Breast Cancer uses lemons to demonstrate how you can do the test yourself. When life gives you lemons you better make sure they are cancer free!

Last Laugh by Indian Association of Palliative Care hits a raw nerve as it touches upon old age and geriatric care.

Do people put together with their ‘opposite’ to assemble a flat-pack furniture leave once they know the truth, or do they enjoy an icy-cold Heineken together, putting their differences aside?

Mirinda tried its hand at something different when it released a short film, on the effect of exam pressure on teenagers. The short film is a 'dramatized version of actual letters sent to parents from their teens'.

Vicks won hearts with their beautiful ad about a transgender mother and her adopted daughter. The ad, tagged under Proctor & Gamble's #TouchOfCare campaign, is based on the true story of Gauri Sawant and her daughter Gayatri.

Financial firm State Street Global Advisers commissioned the statue to advocate for more women in leadership positions and draw attention to its "SHE" fund, which invests in companies that the company deems as doing a good job of putting females in top jobs.

Over 40 million girls in India miss 5 days of school every month. Just because of their period. You do the math.

9.The Truth Is Hard to Find – Tyler Hicks | The New York Times

In a year of mighty political upheaval, the Times used a remarkable series of ads to urge consumers to value, and pay for, the truth that journalism uncovers. The most viscerally compelling were the Darren Aronofsky spots with Times photojournalists narrating harrowing true stories, punctuated by their cameras’ shutter sounds.

10.To Bleed Without Violence | Aranya Johar

These are the lines spoken by Aranya Johar, in her most recent spoken word performance. Having made headlines with A Brown Girl's Guide to Gender, Aranya's latest monologue takes on menstrual taboos and stigma.