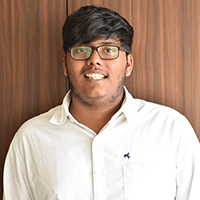 The year 2017 was packed with socially relevant and enlightening films. From the first female led superhero movie by a female director to a movie about the behind-the-scenes of arguably the worst movie ever made, filmmakers pushed the envelope. Whether it was ‘Battle of the Sexes’ that reminded us of gender equality or ‘The Big Sick’ that prodded the question on interracial relationships, all the films that made the list are distinctive and have touched hearts one way or another. These films sure have touched mine. Here’s the list of the 10 MOST socially relevant films.

The film dramatizes the events leading up to the 1973 match between Billie Jean King (Emma Stone) and Bobby Riggs (Steve Carell) which was one of the biggest event that challenged man’s blatant sexism.

Despite his family's generations-old ban on music, young Miguel dreams of becoming an accomplished musician like his idol Ernesto de la Cruz. It captures the heart of Mexican culture and how music uplifts the soul.

Is justice always fair? Fact-based drama set during the 1967 Detroit riots in which a group of rogue police officers respond to a complaint with retribution rather than justice on their minds.

With 'The Disaster Artist,' James Franco transforms the tragicomic true-story of aspiring filmmaker and infamous Hollywood outsider Tommy Wiseau—an artist whose passion was as sincere as his methods were questionable—into a celebration of friendship, artistic expression, and dreams pursued against insurmountable odds.

We are stealing the world from the other residents, slowly and bit by bit. Unfair, injustice and inequality bound this movie and makes us realize the reality.

Stronger is the inspiring real-life story of Jeff Bauman, an ordinary man who captured the hearts of his city and the world to become a symbol of hope after surviving the 2013 Boston Marathon bombing.

Kumail is a Pakistani comic who meets an American graduate student named Emily at one of his stand-up shows. As their relationship blossoms, he soon becomes worried about what his traditional Muslim parents will think of her.

Elisa is a mute, isolated woman who works as a cleaning lady in a hidden, high-security government laboratory in 1962 Baltimore. Her life changes forever when she discovers the lab's classified secret -- a mysterious, scaled creature from South America that lives in a water tank.

Based on the New York Times bestseller, WONDER tells the incredibly inspiring and heart-warming story of August Pullman, a boy with facial differences who enters fifth grade, attending a mainstream elementary school for the first time.

It was high time we needed a superheroine that wasn’t just a mannequin. Wonder Woman thrashes goons and stereotypes both.