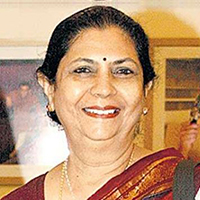 This year, a few works of language cinema that impressed me have been included to the list of socially relevant feature films. The two Marathi films, Kasav and Ventilator stood out for their fine content. Ventilator takes a wry look at human behaviour at the critical juncture when death beckons. And Sumitra Bhave's Kasav is a lyrical journey of two bruised souls whose paths cross briefly to stir them from descending further into the dark abyss of self-pity. Village Rockstars (Assamese) dealt with the abject rural poor with profound humanism. The story of a tomboy's aspiration to be a rock star in a remote village is told with moving honesty. Though Macher Jhol (Bangla) reminded me of A Hundred Foot Journey, it grew from a novel idea. How mother's cooking, that has stood for the ultimate culinary benchmark, makes it social impact at a critical moment. No film dealt with this commonly/ fondly held belief until now. The six Hindi features shortlisted on their merit for exploring the social reality were original in content. Their sensitive, non-formula treatment dictated my choice. It is apparent these films were made from the maker's deep convictions. And, mercifully, they lacked superficial loss, social pretensions and star power . It's worth pointing out that the best quality of the films was their organic growth and clarity of vision. NEWTON for example, many thought was a minor work. Yet it managed to disturb me about corrupt political machinery and untold frustrations of honest election officers who take grave risks. This behind the scene reality is rarely seen on screen . Sheer breadth of contents , new emerging styles, and the maker's admirable passion raised my hopes for the independent cinema of India . BRAVO.

Even today when female leads are shown going to superfluous jobs (Read Baker) this film had a fresh perspective, it showed the importance of one’s partner to support the other through come what may.

We have westernized to that extent that we think of Hindi, our own beautiful language as down market, which further divides the schools and their power to extort money.

An award-winning film, it deals with crippling depression and how real it is even if it's not a wound for everyone to see.

The film is a heart-warming tale of a world-renowned Master Chef returning to his roots through a bowl of fish curry, the quintessential Bengali delicacy.

A stickler for rules and honesty, Nutan Kumar's portrayal of a frustrated Indian trying hard not to fall into a pit of corruption which is basically everywhere he steps.

Dreams karna toh basic hota hai, haina? Not for everyone. For a conservative Muslim girlchild becoming a superstar was one of her wildest dreams, until she and her mother made it true.

Erectile Dysfunction doesn't make someone less manly, and certainly doesn't allow anyone to mock them. This film talks about the sexuality issue faced by many yet understood by none.

Based on a true story, this epic tale is about basic hygiene which is compromised by many women in villages for reasons as absurd as "the holy sanctity of home".

What happens when a beloved member of your family is on a ventilator? This film captures the truest of human emotions through humour.

Tucked away in an Indian backwater, a moppet also has rock 'n' roll dreams, but her goal of becoming a guitarist is motivated by larger issues, like rebellion, empowerment - and to send a message to the universe.