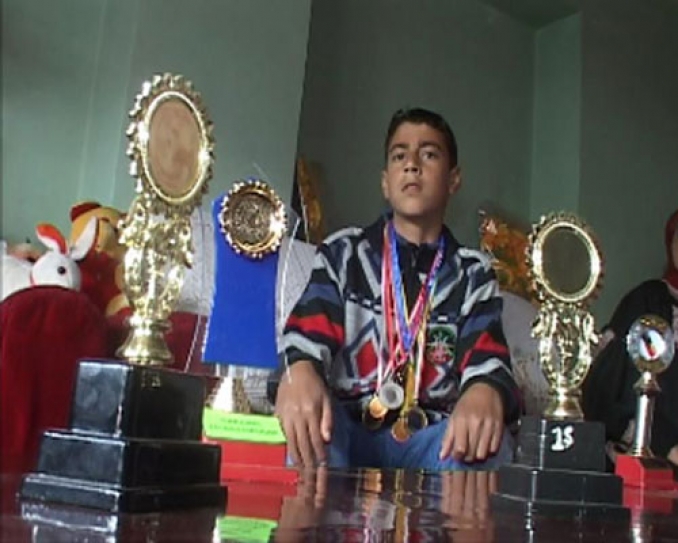 Return of Bollywood in Kashmir has opened doors for many Kashmiri artists, alongwith 13-year-old Ainain, who is the new find by renowned film maker Vishal Bhardwaj.

Vishal Bhardwaj’s adaption of Shakespearean tragedy Hamlet, Hyder, is set in the Valley. Bhardwaj wants to give a real shape to his film and for that he not only spent a week during mid-September this year in Kashmir but also tried to smell the ground reality of life in rural areas of the Valley. It is said that he attended a local marriage to taste the cuisine and also spent hours outside tea corners in different areas of south Kashmir.

The film crew auditioned local schoolboys with the help of a local production house in Anatnag and shortlisted nine boys for the film.

Ainain has got a call from too, to attend a workshop in Srinagar on 6th of this month. Shafkat Ahmad Sheikh, Ainain’s father, said that they are not yet sure about the role given to his son but have hope that it will be a prominent one. Shahid Kapoor and Shraddha Kapoor have already been signed for the lead role in Hyder.

Studying in Class 6, Ainain is a talented student of his school and has participated and performed in different cultural shows.

A big fan of Shahrukh Khan, Ainain says he wants to make ‘name and fame’ in Bollywood so that his family and people from his village are proud of him.

Ahmad Sheikh is thankful of Vishal Bhardwaj to shower upon his son the big opportunity. He also feels this move will definitely open doors of Bollywood for other talented youth in the Valley.

It is worth mentioning here that cricketer Parvaiz Rasool is also from same area, Bijbihada of south Kashmir. He has made his place in the Indian National Squad and influenced many more talented cricketers of the Valley to consider sports as a career. The same hope can be given to those talented artists of Kashmir who have always dreamt of a future in Bollywood.