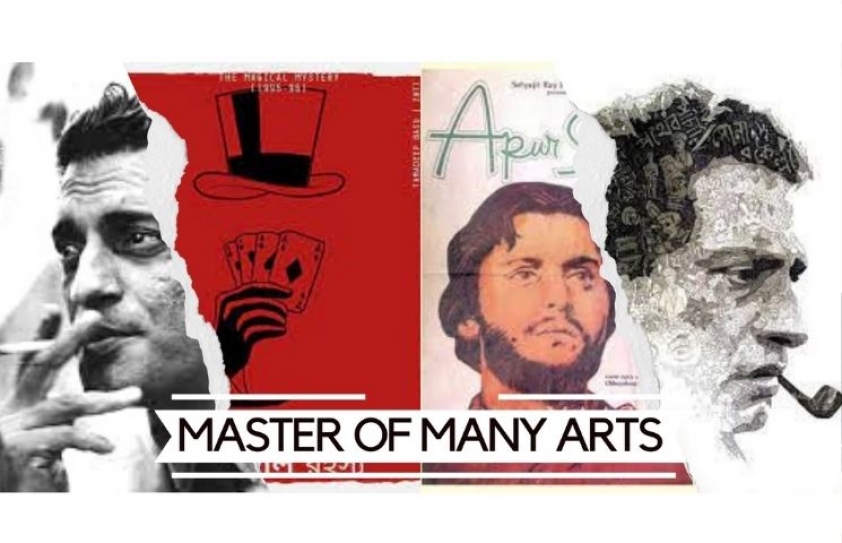 Satyajit Ray’s hundredth birth anniversary comes close; what’s unfortunate is that there’s been little focus on his personal life. The filmmaker was born on 2 May 1921 and he passed away on 23 April 1992, in Kolkata. He was a genius having mastered many of the arts, director of international repute, handsome with a rich booming voice, sophisticated - that made him stand apart and way above the rest of his tribe.

Most know that  he  was a happily married man. Bijoya was not just his wife  but also his first cousin (maternal uncle’s daughter) and they’d been very close, more like companions from childhood. Ray was barely two years old when his father died - his mother had decided to live with her brother’s family; and Bijoya and he clicked, for she was artistic, interested in music and films. In fact, she had a brief spell in Hindi films in Bombay but had quit acting after her marriage and continued from there to help him. Bijoya discovered Subir Banerjee for the role of Apu, literally the boy next door. A few know that she had pawned her jewellery to help her husband complete his first film. In Satyajit Ray’s own words, in his biography (Marie Seton) he talks of Bijoya: “She always is the first person to read my script. Her comments are often pertinent and sometimes ruthless. She always has very instinctive reactions, feminine reactions to certain things, which I find very useful. And I almost always incorporate.” 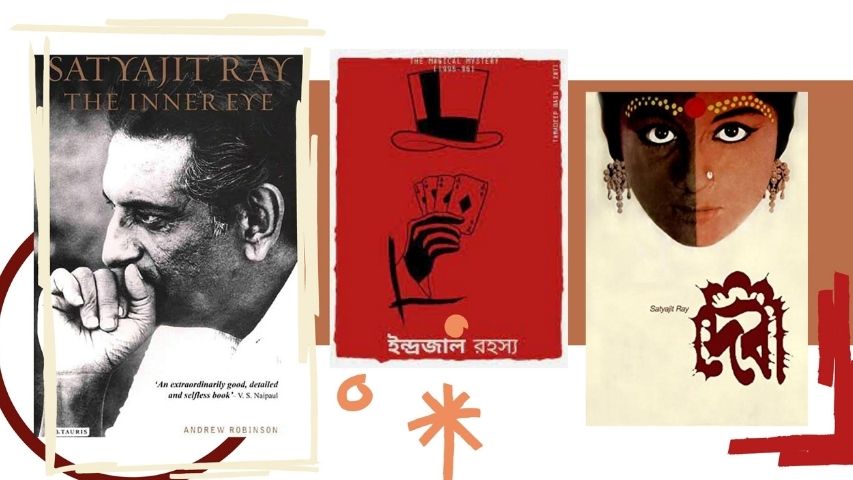 What did Bijoya have to say about her husband (from Andrew  Robinson’s  biography), “What I admire about Manik (as Ray was called) is his simplicity, his honesty, his generosity, his kindness and above all his ability to mix with people from all walks. He is at home with everybody. This is the hallmark of all great men.”

And another biography on Ray titled The World of Satyajit Ray, written by the veteran journalist Bidyut Sarkar, dwells on his association with Ray. To quote him: “In 1958, when I was in New York, I got the news that Ray was planning to visit New York on the occasion of the general release of Pather Panchali. I wrote to him, inviting him to stay with me. I could feel that as  a man of domestic habits he would not be comfortable in impersonal hotels, and he wrote back accepting my offer. Whilst he was there I’d see him sitting and looking at the gorgeous view of the Central Park facing his room and the apartment, but it seemed as though the Park seemed to magically vanish from his horizon when he would look out and conjure up in sketches the sequences and striking settings of his next film set in Bengal.”

On why Bidyut Sarkar decided to do this biography on Ray, he had told  me, “I had been keeping notes on Ray for years but the idea to write this book came up much later. I got the inspiration when Ray told his biographer Andrew Robinson to learn Bengali. That struck me since I had the advantage of knowing Bengali.” Sarkar had also detailed the lesser known aspects to Ray, “Only two women appeared to have influenced him - his mother and his wife. His mother, a remarkable woman who was widowed early in life, played a key role in Ray’s growth. Bijoya, his wife, took over the role so far as Ray’s artistic development was concerned.” 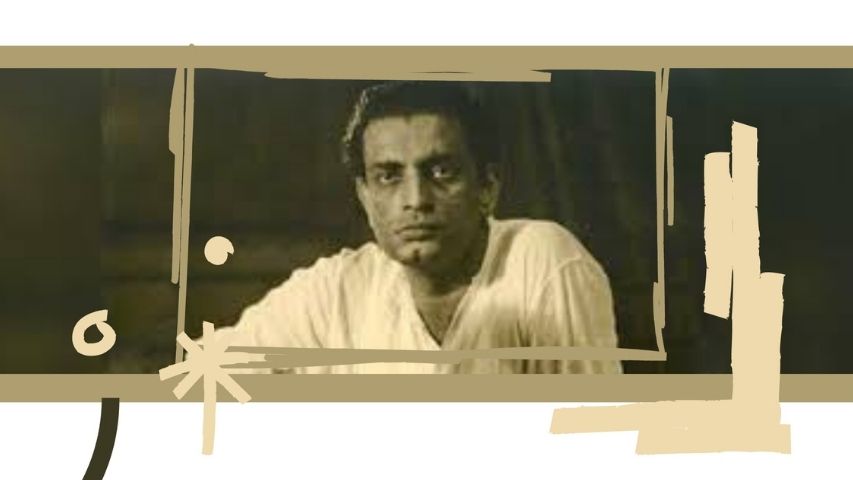 Even in his leading actresses, Ray never looked for dolled-up glamour but for the intelligent beauty. Madhabi Mukherjee, Sharmila Tagore, and in his last three films, Mamata Shankar best fitted that description.

His biographer Andrew Robinson, throws more light on the pains Ray took to project the actress Madhabi Mukherjee, as aesthetically as possible in Charulata. To quote him, “Madhabi had bad teeth, as she was addicted to eating ‘paan‘ (just as Charulata), which destroys the gums over a long enough period, as well as staining the teeth black… I had to photograph her very carefully, not to show that side of her, recalls Ray. It’s the lower set that are bad. I had to put the camera at a low angle, so that even when she spoke, the lower set of teeth wouldn’t show. I suggested taking out her teeth but her mother objected, it was too early for that. But I knew the camera would manage that. Madhabi accepted that.”

Says Sarkar, whose book focuses, among other aspects, on Ray’s early childhood - “Ray was shy as a boy, particularly in nervous situations. Once he was petrified on seeing a train compartment full of English men and women. He quietly sat down on the floor, realizing that even if they had offered him a seat he could not have conversed in their language. But lack of self-confidence did not hold him back in life. In fact, it seems to have made him more resolute in applying himself to the challenges and overcoming his sense of diffidence.”

Sarkar also writes about Ray’s love for music. Quoting Ray – “Music has been my first love for many, many years. I used to play the gramophone regularly. Once there was a  knock on the door and when I opened it there was an embarrassed looking GI (U.S. army man) standing outside, who said that it was such an unexpected sound coming from a Bengali house. It was Beethoven’s Ninth, I think…”. (His home in Ballygunge was close to the wartime military hutments that had come up there). 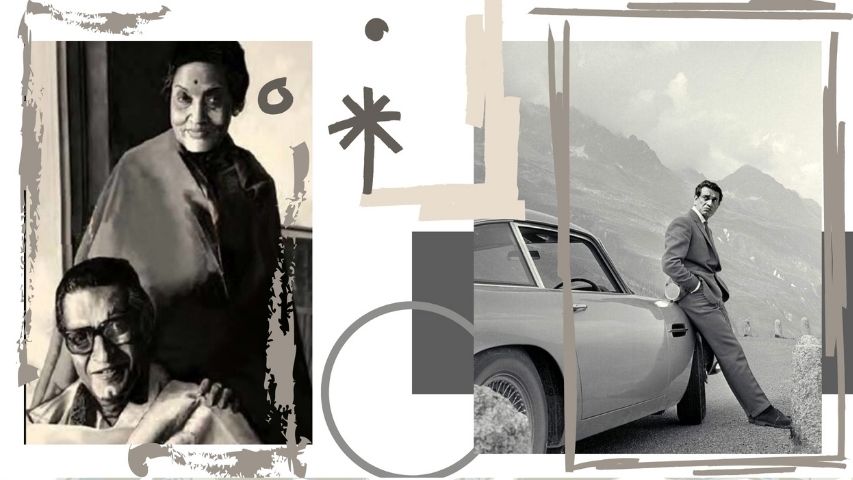 And Sarkar also mentions that Ray was a teetotaller - “In fact, Ray was a man of very simple habits. Only once I was put in a situation of embarrassment with  him. I had written a cover story on Ray for the Gentleman magazine. In Bombay, the stereotypical editorial picture of a cosmopolitan man, suave and sophisticated, led to Ray’s identification in the introduction (though not in my main article) as  - ‘a connoisseur of fine food and wines’. He said I’d made a closet drinker of him and his friends were joking about it. Of course I knew he did not touch the stuff. In New York whilst I served duty-free liquor to friends visiting him, Ray would have soft drinks. Nor was he demanding about food. He liked simple meals and fruits. Fortunately that particular magazine – Gentleman magazine  -had in the next issue published his rejoinder - that his eating and drinking habits probably made him only ‘half a gentleman!’  but there it  was …”

Sarkar went on to say, ‘There it was for Satyajit Ray, the man who could be President of India, according to the strategy of the opposition parties, if only Ray had agreed and their electoral calculations went right. And he could have easily been in the Rajya Sabha if he had accepted Prime  Minister Indira Gandhi’s invitation. He was a man not led into temptations or compromises of any kind”.