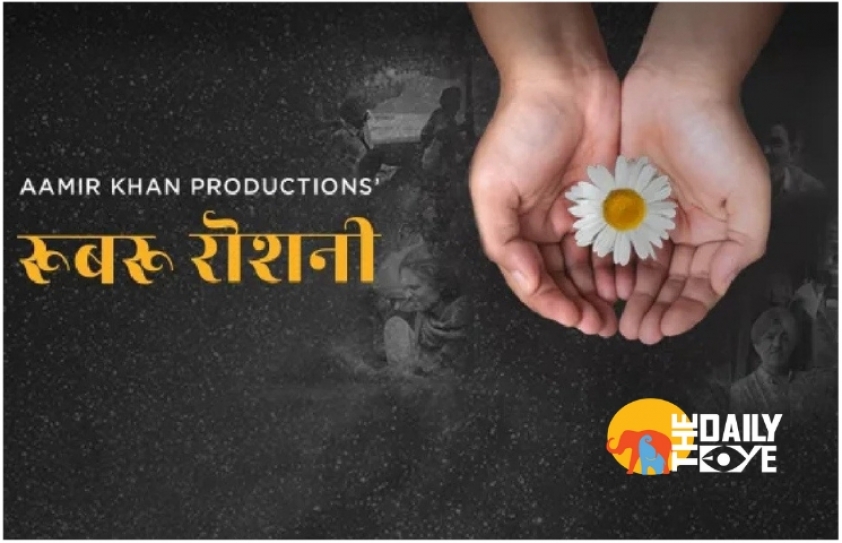 ‘Rubaru Roshni’, a documentary film produced by Aamir Khan and Kiran Rao achieved its utmost praise by famous Bollywood personalities like Karan Johar, Parineeti Chopra, Sunny Leone, Sanya Malhotra, Jacqueline Fernandez, Taapsee Pannu, Swara Bhasker and many others after its first screening in Mumbai on the 21st January 2019 (Monday). Right after the screening, the film was termed as a ‘must watch’.

After watching the film, Filmmaker Karan Johar called it a life-changing experience. He posted on Twitter, “Swati Aamir and Kiran deserve a huge kudos for telling such heartfelt true stories!!! Massively heartfelt so superbly strong and solid! Please do watch it on the 26th of January on @StarPlus and the entire network! It’s incredible!!!!! #RubaruRoshni is a film which will change your life!!”

Tumhari Sulu director Suresh Triveni wrote about the film, “#RubaruRoshni is a kind of film that stays with you till the next morning and perhaps an entire life and good if it does. Thanks @aamir_khan #KiranRao to make this happen. #svatichatterji what a fine storyteller you are! Watch it for sure! 26th Jan 11 am across @starindia.”

The promos of the documentary were screening now and then on television where in one of them, Aamir Khan talks about the freedom we enjoy as citizens. He says that “we have the freedom to express” but in the end, he questions if we are really free. The film was said to have inspired many including Alankrita Shrivastava, Siddharth Malhotra, Ramesh Taurani, Parineeti Chopra, Tusshar Kapoor, Ronit Roy and RS Prasanna.

Actor Siddharth Malhotra wrote: #RubaruRoshni - A film which makes u sit up & question your definition of right and wrong. It awakens u from a slumber & empowers u to become a better person!!Thank u @aamir_khan sir #swati #KiranRao!!! Guys please watch it on the 26th of January 11am on @StarPlus & the network.

Parineeti Chopra wrote: Was blown away by #RubaruRoshni today!! Wow wow wow. What an honour watching the stories of these incredible people. Hats off to @aamir_khan , Kiran Rao and Swati for making this film! Guys go watch it on the 26th of Jan.

The film is based on families that forgave the culprits who offended them and will give you an insight into the lives of real people.  Rubaru Roshni showcases three impactful tales of forgiveness. Three families, who lost their loved ones because of another human, talk about their suffering. Instead of getting the culprit punished and seeking revenge, the families decide to forgive them. In the documentary, they talk about what made them take the big decision, and how it helped them get closure. Rubaru Roshni was telecasted on Star Plus and Hotstar on January 26 at 11 am. It is indeed an applauding moment of Amir Khan’s career.

Watch the movie on Hotstar: