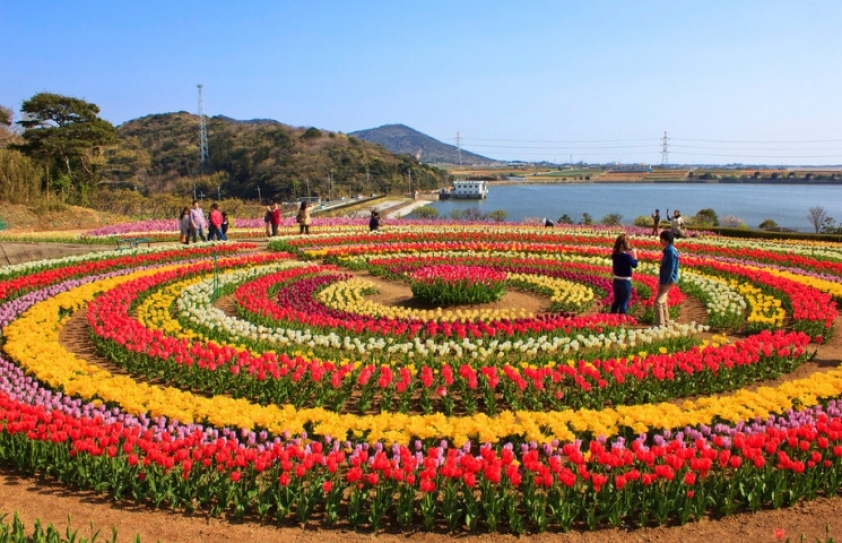 Amazing celebrations across India in the month of April

India being a highly spiritual country, festivals are at the heart of people’s lives in India. Of course, India is perhaps the best country to feel the energy of celebration with a mix of culture. Let’s take a look on the various festivals held in the month of April.

The tulip festival of Srinagar is an experience that one needs to witness at least once in their lifetime! Celebrating the blooming season, it is an annual festival, where people gather in large numbers to witness the breathtaking sight. The Indira Gandhi Memorial Tulip Garden in Srinagar, nestled in the foothills of Zabarwan Range, is the place where you can witness the colorful tulips bloom in the beautiful backdrop of Dal Lake. A seven-layered garden is built here for the purpose and to promote floriculture in the state of Kashmir. The sweet smell and colorful sight of the tulips will stay in your mind for long. It definitely will be an experience that you’ll remember for the rest of your life.

The people of Along-Basar-Bame celebrate Mopin as a harvest festival and as a measure to keep the evil spirits away. It involves a folklore dance “popir dance” performed by some very skillful local tribes women. The locally made rice wine (apong) during the festival is a pleasure that comes once in a while.

Godwar Festival represents the complete Art Culture and Religion. Besides dance and music, the festival hosts bullock cart rides, horse race, and wildlife safari. Competitions like turban tying and tug of war add on to the enthusiasm and in the evening people gather for bhajans. The Rajasthani songs are accompanied with some heavy feasts ultimately letting you relax in the wildlife safaris. This festival will define a new meaning of party for you apart from dj’s and discos.

This festival is perfection in itself. The enticing fact about the festival is that its history takes us to the foundation of Udaipur. The people of this city celebrate and love this commemoration as their very own. The occasion starts with a procession that is taken in various parts of the enigmatic city and culminates at the Lake Pichola. The event is marked by the confluence of graceful dancing, joyful singing and an exuberant celebration of cultural programmes. The forts and palaces of Udaipur just add to the charisma of Mewar festival.

Attuvela Mahotsavam is an engrossing water carnival that has its root connected to a legend in which Goddess of Kodungalloor is welcomed in the state with her sister. The event starts with festooned and illumined models of the temples of Kerala floating across the water bodies. The moving entourage is supported with the temple music playing inside each of the models. The lightening of the replicas combined with the dusky evenings gives a heavenly view. The spectacle is widely adored by the people of Kerala and definitely calls for a visit. 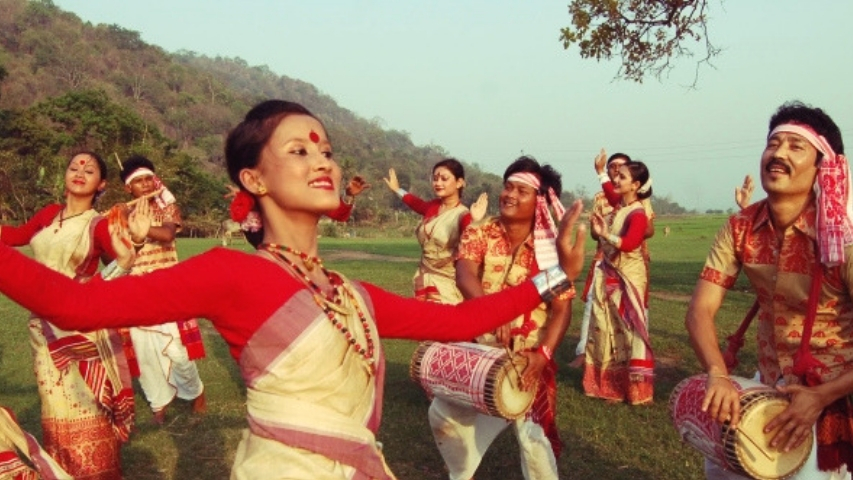 Equivalent to Baisakhi is Bihu, which is celebrated in Assam around April 14, 15 and 16, in the north eastern region of India. As celebrated in mid-April, it is called Bohag Bihu. It signifies the commencement of Assamese New Year and the approaching of spring season. It is celebrated for 7 days through folk music, bihu dance, and merriment and feasting.

This is the first day of the first month of Tamil Hindu calendar. The day starts with kanni – at the dawn, families place a large mirror and in front of it, a tray is filled with tropical fruits, coconut, gold ornaments, fruits, cash, beetal leaves and other auspicious things. People have to see the reflection of this tray through the mirror. The temples will be glowing with special rituals, food feast, flower decoration and much more.

Baisakhi is a harvest festival and it marks the beginning of the Sikh religion. It’s an old saying in India that the Punjabis know how to celebrate. The culture of Punjab becomes its purest form during the festival with folklore music and Bhangra. People celebrate this festival with folk dance and music along with variety of food. Tough it is celebrated all over the country; you can witness the best of this celebration at the Golden Temple of Amritsar.

Kadammanitta Padavani is an event annually carried forward by the locals of Kerala. Kerala has always been attached with liberty, and this event’s dance form substantiates the same. Padayani originated from the depth of Travancore and involves a rhythmic synchronization between melodious folklore music and heavy drumming. The use of various masks engraving Kalan (God of death), Yakshi (fairy), Pakshi (birds) and Bhairavi (Kali) reminisce the core Hindu mythology.

It is one of the major festivals of the Jain community. Mahavir Jayanti is celebrated as the birth of Mahavira (the last Tirthankara). On this day, abhisheka (a ceremonial bath) of the statues of Mahavira takes place. People following Jainism, do charity in the name of Mahavir, they offer prayers and meditate in the temples.

The holy city Varanasi will never be behind when it comes to revelries. The Hanuman Jayanti in April brings an arrival of Sankat Mochan Music festival in the city toured by the river Ganga. The people who consist of the locals, pundits, and tourists come in tandem to highlight the musical event held from dawn till dusk. The participatory dance shows are just the evidence of how much raw energy this place has. The rituals consisting of aartis and the sights of monkeys looting fruits creates a euphoric pleasure which can only happen in Banaras. The carnival of Lord Hanuman just never ceases to boggle the onlookers.