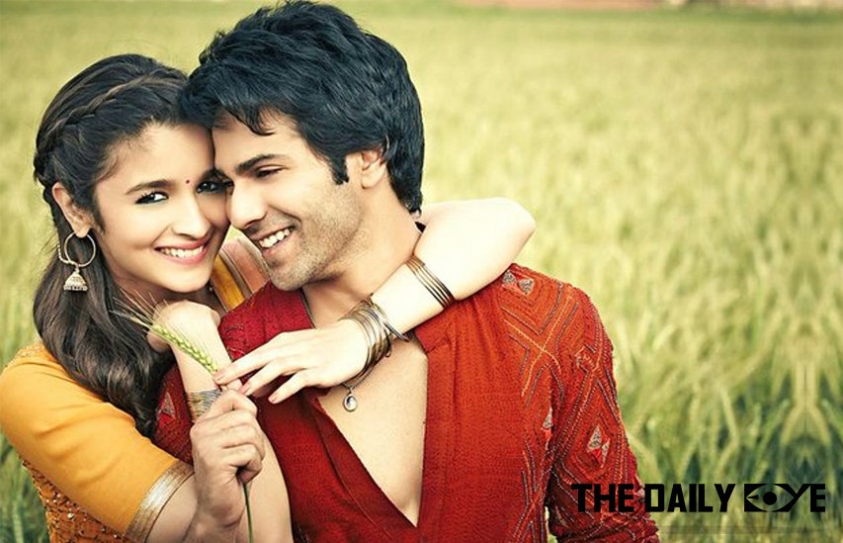 Badrinath and his Dulhania and their Clean City Initiative

Varun and Alia made their Bollywood debut together and have done three films together until now – Student of the Year, Humpty Sharma Ki Dulhania and Badrinath Ki Dulhania. Their cute chemistry both on and off-screen has been setting serious BFF and relationship goals for all their fans. The two are currently one of the most consistent and bankable actors in the industry.

Recently, they came together for an advertisement for Adar Poonawalla Clean City Initiative which aims to underline the importance of cleanliness. The ad is produced by filmmaker Karan Johar's banner Dharma Productions.

Adar Poonawalla Clean City Initiative is a city-wide awareness campaign that works towards making cities in India cleaner and greener. This environmentally sustainable initiative stresses on the scientific and effective management of waste and urges citizens to take necessary steps to keep their city garbage-free.
Karan shared the link to the advertisement directed by Punit Malhotra on Twitter on the 1st of November. In the video, Varun and Alia are seen playing the characters of Romeo and Juliet as they spread the message of Adar Poonawalla's Clean City Initiative.
"Our next ad with a cause! Proud of this one! Varun Dhawan, Alia Bhatt, Punit Malhotra, Adar Poonawalla. India Hoga Clean," he captioned it.
Through its campaign, the initiative intends to raise awareness among citizens about simple acts like disposing of garbage in the bin. While a large part of the audience knows these simple measures, they fail to take necessary actions to implement the same. With this campaign, they aim to encourage people by informing them that even a single individual can make a difference by doing their bit for their city.
In keeping with the initiative’s core belief, Dharma 2.0 has created two TVCs with both films highlighting the importance of keeping your city clean through the simple task of disposing of garbage in the bin. To make the TVC engaging and fun they signed adopted contemporary themes and styles of storytelling to get the message across effectively.
The first TVC employs the Romeo-Juliet theme wherein Juliet waiting on her balcony is being proposed to by Romeo. However, during their conversation, Juliet happens to throw a juice box outside her balcony. This disturbs Romeo who retracts the proposal and leaves Juliet. He picks the box and throws it in the garbage bin showing how necessary it is to properly dispose waste and keep the surroundings clean.
The second TVC features two astronauts, a woman and a man, who descend from a spaceship on the moon. The two crack a few jokes during which, the man unwraps a chocolate bar and mindlessly throws the wrapper, which floats owing to lack of gravity. Here, the woman gets irked and tells him to not throw garbage on the moon, before leaving him behind and shutting him out of the spaceship. The TVC ends with her asking the audience to keep their city clean.
Sources:
http://www.exchange4media.com/advertising/varun-dhawan-alia-bhatt-turn-modern-day-romeo-juliet-_87000.html
http://www.news18.com/news/movies/alia-bhatt-varun-dhawan-spread-message-of-cleanliness-1563953.html
http://www.koimoi.com/bollywood-news/varun-alia-back-strong-message-adar-poonawalla-clean-city-initiative/