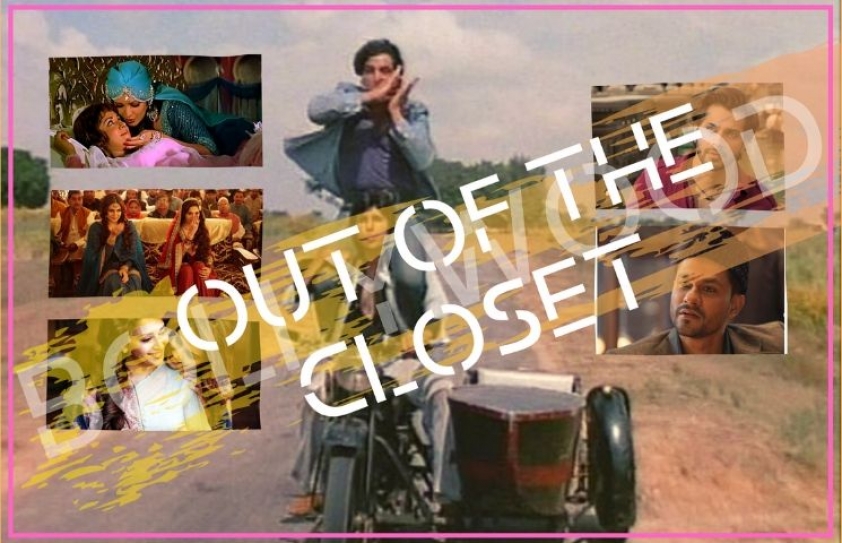 Bollywood’s leap out of the closet

“It is an old stereotype, that homosexuality has to do only with sex while heterosexuality is multifaceted and embraces love and romance.”
― Vito Russo,  The  Celluloid Closet: Homosexuality in the Movies (1981)

Any analysis – the reading of signs, signals and sub-text – in cinema, is fraught with conjectures. Yet it’s been an ageless exercise for an analyst, be it a critic or a lay viewer, to detect hidden meanings between the frames.

Most filmmakers tend to be cynical about analysis, often claiming that their intentions were over just the opposite. A rare few, however, are more open-minded and aren’t wont to bin analysis as redundant.

For instance, Ramesh Sippy creator of Sholay (1975), may have been amused or bugged when the estimable novelist Cyrus Mistry -- in his review of the blockbuster in the off-mainstream magazine Fulcrum -- had pointed out that the picturisation of the iconic song Yeh dosti hum nahin todenge, featuring  Amitabh Bachchan and Dharmendra as buddies Jai-Veeru, clearly had gay overtones.

Ramesh Sippy has never rebutted Mistry’s take. On reading the review, I’d thought – uh, what ‘s this?  How had I missed this? Surely, this interpretation of a gay frisson between the two macho actors, was off-the-mark. Yet it had to be conceded this was  Mistry’s subjective opinion and a valid one.

Now when I saw the Abhishek Varma-directed, Dharma Productions-produced Kalank lately, I couldn’t but help wondering about the relationship, with gay undercurrents, between Zafar and Abdul, enacted by Varun Dhawan and Kunal Khemmu respectively. A period drama, set circa 1947, the plot presented its romantic hero, Zafar an ironsmith, and Abdul, a hot-headed votary for the Partition of the sub-continent, as friends who have a fall-out.

Abdul’s one-sided attraction for Zafar, overtly surfaces, in the finale. To prevent a spoiler alert for those who haven’t seen Kalank yet and still wish to, suffice it to say, that there can be no explanation for the extreme, possesive measure taken by Abdul but for his character’s latent homosexual attraction for Zafar. 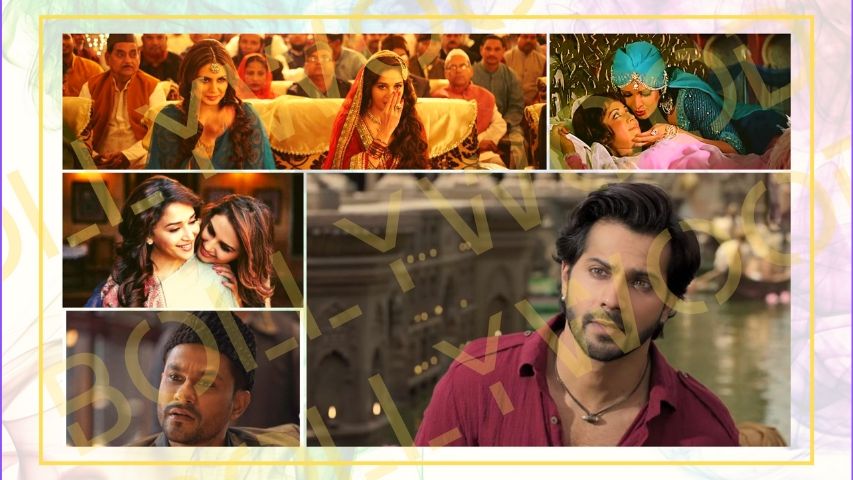 Indeed, this could have been a bold and outspoken sub-plot of Kalank but was presumbaly left sketchy by the script, which was already coming apart at the seams because of far too many characters and contrived situations. Result: the Zafar-Abdul story was left untold, and rankled as a serious deficiency in the dramaturgy.

Gay-themed films aren’t a rarity today. Yet there was a time when the theme was sprinkled or rather insinuated into narratives. For instance, Kamal Amrohi’s Raziya Sultan (1983) had incorporated a flirtatious vignette between Hema Malini playing the title role and Parveen Babi as her confidante. The song sequence, Khwab Ban Kar Koi Aayega, didn’t leave much to the imagination, and didn’t raise any controversy mercifully.

Soon after the film’s release when I had asked Amrohi about the lesbian foreplay in the period drama, he had laughed, “ Did it make you uncomfortable? Haven’t you ever seen such moments between women in real life?” I had no answer to that. His laughter had stated, in not so many words, that I had felt squeamish.

Not exactly an accurate retort that by Kamal Amrohi. If I have felt  squeamish, or let’s say bugged, it was by the representation ever since kingdom come of domestic helps in our cinema, as effeminate stereotypes with limp-wrists, twirling hips and sing-song voices – right down to the  Sooraj Barjatya family entertainers. The aim perhaps was to present household helps as repressed souls, behaving like shrilling-‘n’-trilling marionettes. Gratifyingly, of late this stock-in-trade character has vanished, along with the mandatory comedy tracks, which had precious little relevance to the main storyline.

Drag acts were also a must, and every A-line actor had to perform one, to tickle the audience’s funny bone. Amitabh Bachchan’s Mere angane mein (Laawaris, 1981) drew a fair share of criticism, erased inevitably by the fact that the film was a huge hit. Success is the mantra, the carping Cassandras are just a fly in the ointment.

The drag act, imported from Hollywood (evidenced at its best in Billy Wilder’s screwball comedy Some Like it Hot, 1959) became a staple ingredient in Bollywood. Be it Shammi Kapoor,  Shashi Kapoor, Rishi Kapoor, Aamir Khan, or even Dara Singh and Dharmendra, the hero had to go through the routine. And the audience loved the heroes turned out in frilly gowns, coats of lipstick and rouge, and fluttering eyelashes. The drag drama keeps recurring to this day and age, when the script requires some – for want of a better word – levity.

For gay villainy, Anupam Kher went over the top – in his costumes, look and body language – in Mast Kalandar (1991), a purported comic thriller which rightfully went down the cracks.

In a more realistic vein, an offbeat film titled Badnaam Basti, produced by the National Film Development Corporation, had touched upon a homosexual liaison between a driver and a younger bus cleaner in a township. Unfortunately, the film – some claim it’s India’s first film on same-gender sexuality -- directed by Prem Kapoor and based on a story by Kamleshwar, isn’t accessible any more.

Similarly, there has been no re-evalauation of   Adhura (1995) , in which the then struggling Irrfan Khan as a journalist and art gallerist Ashish Balram Nagpal as a business tycoon, had portrayed gay lovers.  The film has been stuck in the cans ever since the Censor Board found its content too ‘objectionable’ for public viewing. Neither Khan nor Nagpal have ever talked about the experimental endeavour which couldn’t find an outlet at major  film festivals or on streaming channels.

There are an infinite number of B-town films into which unintentional gay meanings have been read. Take Main Khilari aur Tu Anari (1994), in which the chemistry between its heroes Akshay Kumar and Saif Ali Khan, crackled, albeit unintentionally perhaps. This aspect became convenient for situational gags between Shah Rukh Khan and Saif Ali Khan in Kal Ho Na Ho 2003), and if their domestic help, Kantabai, was horrified, the audience was in splits.

At long last, the gay element doesn’t have to be suggestive and a farcical fatal attraction. Gratifyingly,  the Censor Board appears to have relaxed its outmoded attitude,  too, even if there’s a liplock between two women, Madhuri Dixit and Huma Qureshi as in Dedh Ishqiya (2014). By contrast, when Shabana Azmi and Nandita Das had dared to do the same in Fire (1996), the self-appointed culture police had protested vociferously.

Come to think of it, a critic need not search for meanings and clues between the frames today. It’s taken a long time coming, but same gender sexuality is all out there in film fare. Watch in peace.

This article was originally published as part of "Rainbow Reflections - An Anthology of LGBTQ Narratives in Indian Cinema" published by KASHISH Arts Foundation and supported by Bureau du Québec à Mumbai, to commemorate 10th anniversary of KASHISH Mumbai International Queer Film Festival. The magazine contains writings by eminent critics & filmmakers, and is a treasure to cherish.

You can order a copy of the magazine at: https://www.instamojo.com/KASHISH_MIQFF/rainbow-reflections-an-anthology-of-lgbtq-na/