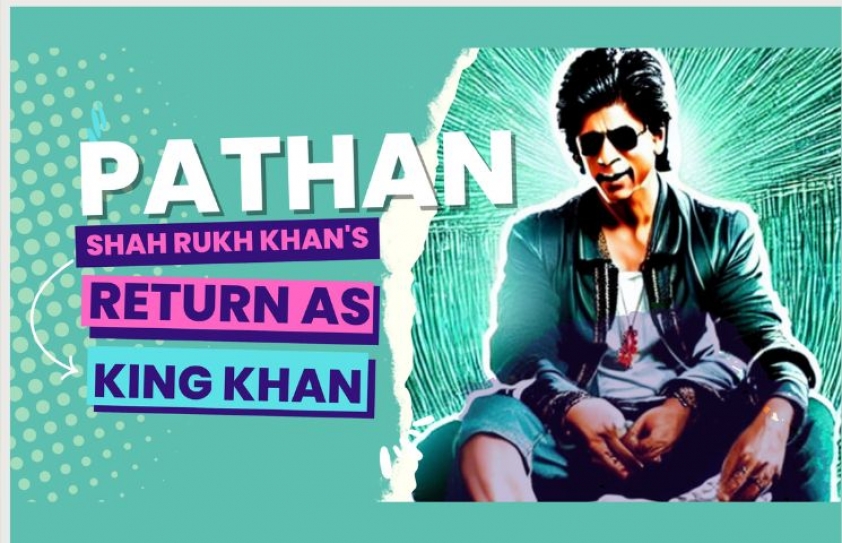 Monojit Lahiri investigates if in this era of the ‘larger-than-life’, SRK is perceived as a yesterday’s star in tomorrow’s world.

SRK’s life in the movies may have started with audiences going Kabhi Haan Kabhi Naa, but his Diwanas have continued to track his career with a chloroformed look. Be it invoking Darr in the heart of his rivals while joyously watching him whisk the to-be-Dulhaniya from the inappropriate aspirant to pronounce himself as the true Dilwale or whatever, his sensational and hugely marketable charm over time conferred on him the title of King Khan, the raja of romance who could sweep every woman off her feet with his deadly dimpled smile, while whispering kya kare, dil to pagal hai, dil diwana hai!

In year 2022, while his zillion fans worldwide keep the buzz going, this enthusiasm, tragically does not seem to have impacted the fate of his recent starrers. Be it Raees, Dear Zindagi, Dilwale, Jab Harry or 2018’s Zero, none remotely touched the heights of his earlier starrer, forcing him to pull back, introspect and take a 3-year sabbatical to get his life in order.

What happened? Was SRK’s 25-year-old honeymoon with his audiences flashing expiry date? Had his trademark mannerisms gone stale, outdated and irrelevant? Was his choice of films weird? Did the new-age directors, with their fresh and relatable themes and powerful actors, not performers, trigger a paradigm shift to movie watching? Is the era of the larger-than-life over with SRK perceived as a yesterday’s star in a tomorrow world, living through loyalists, nostalgia and momentum?

While his personal charisma through shows abroad, personal appearances at events, ads, etc., is still rocking, they hardly impact the BO of his movies. In the light of this back-story, will his ambitious new venture Pathan, for which he has allegedly charged YRF a mind-bending Rs.100 crores, and scheduled for a late 2021 release, work? Can the once invincible lover boy of Bollywood hope to re-claim his position, after ZERO cut him to size, to taste mortality? The throne is there, but has the former King Khan clearly been overthrown?

There are no easy answers, but some related issues come to mind. The first has to do with SRK’s looks. In his early films, the youth, manic energy, hi-decibel romancing, powered with magical melodrama, totally zonked his fans. That was in the mid ‘90’s. Post Jab tak hai Jaan, his looks and mannerisms appear to have hit the law of diminishing returns. The competition with new-age films and stars hasn’t made it easier. The desperate search for content (experimentation?) has also clearly not got the results desired and his once dependable ability to lift any film through sheer star-power seems to be on the wane. 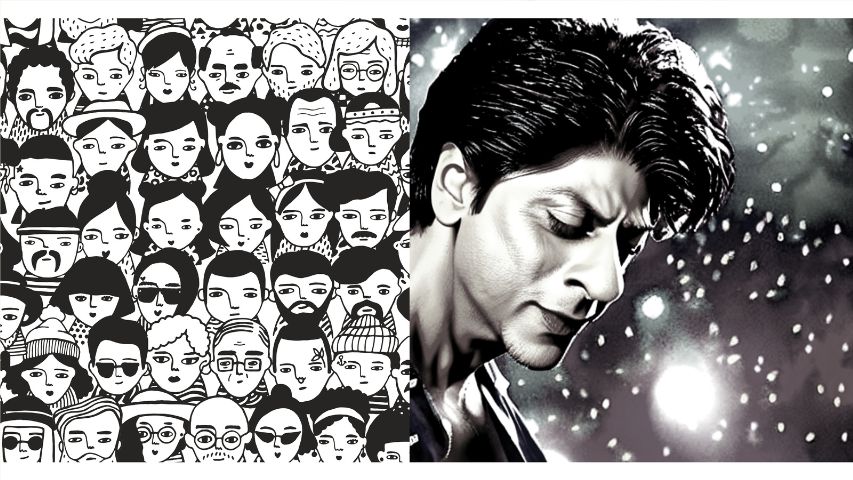 So, while Dilwale appeared as a hysterical attempt to capture the once magical chemistry of SRK-Kajol, it was all sound and fury signifying nothing! Other starrers too just didn’t hit the audience’s expectation levels of a super-star who had set his own standards in the romance department. Finally, his great romantic persona and the content that rocketed him earlier in 2021 is history. So are his favorite 2 comrade-in-arms directors, Karan Johar and Adi Chopra, who are exploring new areas to connect with an audience-base totally exposed to quality cinema pouring across OTT streaming 24x7. Today’s audiences have the digital bandwidth to see and compare - a dangerous predicament, which allows them to summarily dump all earlier revered keepers of the flame!

The challenge for SRK today is obviously one of transition. Except Amitabh Bachchan – serendipity fused with the ability to quickly figure out the do’s and the don’ts for survival and passionately work towards it – no major star in Bollywood has ever been able to fight his image after his best is over. Bachchan’s contemporaries are either one with their maker or fond sepia-tinted memories of their senior-citizen admirers. Can SRK follow the towering inferno’s example to switch lanes and successfully move to strong character roles with depth and dimension? Can SRK ever break free from his devastating, mesmerizing and cherished image embossed in popular imagination as king of romance? Can his audiences ever be able to reconcile to the OMG Raj-Rahul playing bade bhaiya, uncle or whatever?

While he did a decent job doing his version of KBC, Bachchan owned that slot, prosperity and chair, and even today remains the unanimous first choice, right? Further, in his so-called senior roles, whether it’s Mohabatten, Babul, Baghban or in recent times, Piku, Pink or his challenging Paa, 101 Not Out or Gulabo Sitabo, Amitabh Bachchan remains the only super star to have convincingly bridged the gap.

Can SRK hope to manage that? Superb at comedy, romance, even tragedy, will he get writers and directors to write scripts and roles that are age-appropriate and compatible to his potential as an actor, not glam, dazzling Raja of Romance? Allow him to implode instead of explode? Inspire him to put in the hard yards required to win in this new terrain?

Pathan will be the crucial comeback film to answer some of these questions. He certainly appears to have the ability to do it, but will the dreaded hydra-headed monster called audiences, accept it?

Image is a deadly double-edged sword and no one knows it better than the sharp and intelligent Pathan Khan! He is an established entrepreneur and businessman par excellence with fingers in several pies (all spelling huge profits). So, the security part is settled for one of Bollywood’s wealthiest stars. What about his screen career? As the first journalist ever to do a full-fledged interview with him (HT Sunday Supplement, 1989, post-Fauji, at my South Extension flat in New Delhi), I can almost hear his immortal lines: "Mein Shah Rukh Khan, naam to suna hoga, and the killer, Chill yaar, picture to abhi bhi baaki hai mere dost!!”