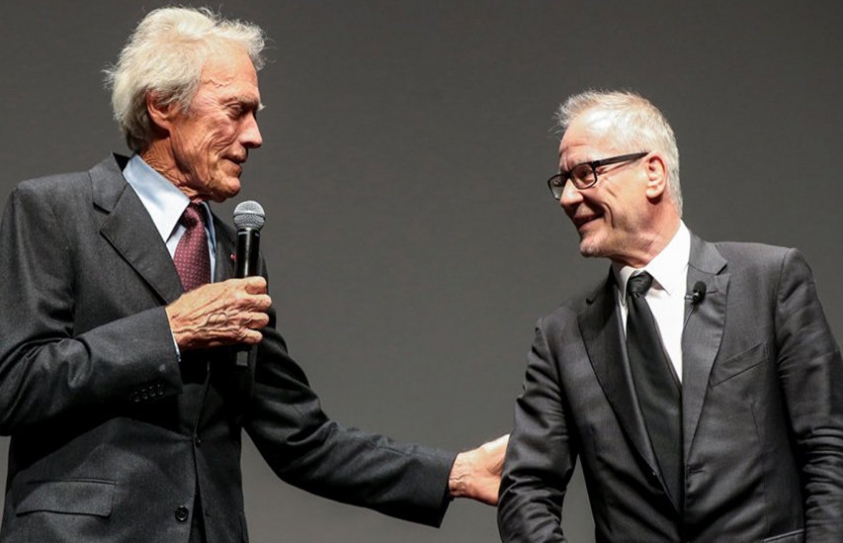 Clint Eastwood told a rapturous Cannes audience on Sunday that he will return to acting in front of the camera. Eastwood was giving a master class at the Cannes Film Festival and received a three-minute ovation from those able to get in to the packed auditorium, in a crowd that included Warner Bros. boss Kevin Tsujihara. The star notably did not address the political situation in the U.S., focusing on his long career in front of and behind the camera. He did say that his first “Dirty Harry” movie was considered politically incorrect, and was the start of an ongoing era of political correctness. “We’re killing ourselves by doing that, we’ve lost our sense of humor,” he said. Having mostly eschewed acting for directing in recent years, Eastwood’s last on-screen performance was in 2012’s “The Trouble With the Curve.” He said he missed performing “once in a while but not often,” but added he plans to return at some point, “I did a lot of it for a long time. I’ll visit it again someday.”