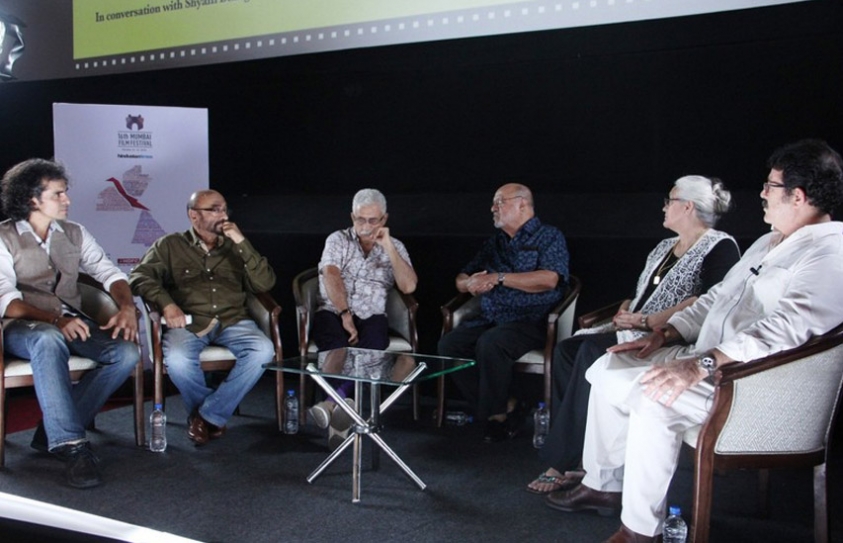 Mumbai, October 20, 2014: It has been a week since the 16th Mumbai Film Festival started and cine goers are yearning for more with every passing day. An exciting mix of movies, master classes, music and more personified cinema at its best ever at India’s biggest film carnival running at Chandan Cinema, PVR Andheri and Cinemax Versova from October 14-21, 2014.

Cine goers at Chandan have got habituated to grab a seat for some daily movie magic that began on Day 7 with a hat-trick of Arab cinema celebration as Mohamed Khan’s 1987 exciting Egyptian drama ‘The Wife of an Important Man’, Mohamed Khan’s 1989 black & white film ‘Dreams of Hind and Camilia’ and Merzak Allouache’s 1994 film ‘Bab el Oued City’ were screened. Edward Berger’s German adolescent drama ‘Jack’andMichel Hazanavicius’ French drama ‘The Search’ followed next.

Movie lovers were in for a surprise when they spotted the new age Bollywood rage Rajkumar Rao grace the evening. As the sun set, talented film maker Imtiaz Alia met Indian cinema stalwarts including Shyam Benegal, Nafisa Ali, Govind Nihalani andKunal Kapoor over FC Roundtable conversation about the film ‘Junoon’ which was later presented by Imtiaz Ali as part of FC Director Choice.

Before drawing the curtains actors Kal Penn & Rajpal Yadav launched the first look and behind-the-scenes footage from their upcoming film ‘Bhopal: A Prayer For Rain’. A social thriller based on the Bhopal gas tragedy of 1984 is produced by Sahara Movie Studios and Rising Star Entertainment.

Studded with world’s best movies, master sessions and lasting memories, Day 7 became this year’s most exciting Monday that closed on a starry note. But knowing the 16thMumbai Film Festival’s love for surprises, there is surely a miraculous last and final day in store.