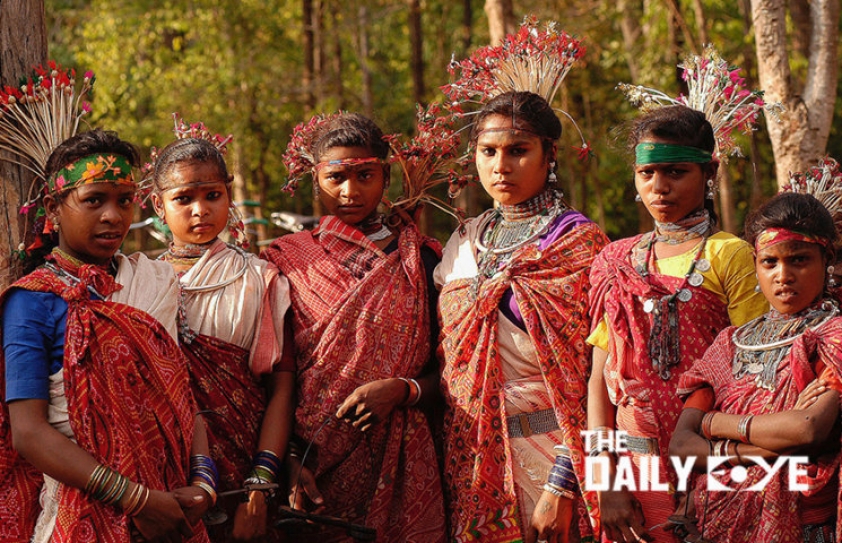 Contrary to Patriarchy, Adivasi Festivals are centered around Women

Tribals or Adivasis, as they are popularly known as a symbol of self-assertion, comprise of around 8.2 percent of the national population. The tribals are concentrated mostly in the central belt of India and parts of the North-East. If there's one thing we Indians excel at, it's the way we celebrate the numerous festivals in our country.

India's tribal festivals are surely the ones to look out for. They fling a coconut, dance like no one is watching. Women in the festivals of Adivasis, as we know it, drape themselves in white saree with a red border, come together and dance the Jhumoor. Dance is a way their bonding reflects. Contrary to the traditions of patriarchy that exist today, most of the festivals of the tea tribe people are centered around women folk and this reflects a lot about their history. 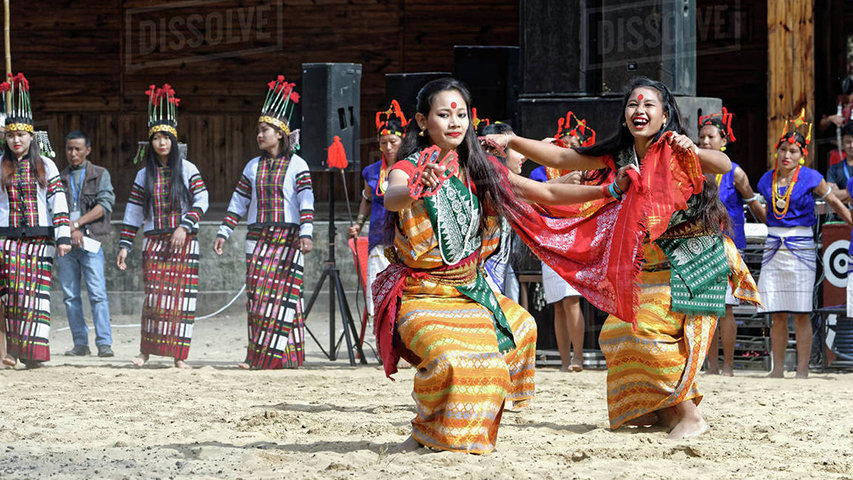 Tusu Puja and Korom are the two main festivals of the Adivasis in the tea estates of Assam.

Tusu Puja is one of the important festivals of the Tea Tribes of Assam. They worship the goddess Tusu in this festival. Like other folk festivals, this festival is also celebrated very beautifully by the dwellers of the tea gardens. During Tusu Parab, sculptures make statues of Tusu and people decorate it with mud and flower. Young girls carry the statue from house to house, singing. The young girls of the community dress traditionally and tie handkerchiefs on their hands and dance with the rhythm of the music and instruments. Tusu is popular among the tea tribes as a favourite goddess who symbolizes kindness, virtue, love and sacrifice.

According to Youth Ki Awaaz, another important festival is Korom. Korom is the festival where the Adivasis worship nature. Oraons celebrate this festival in the form of ‘Jaani Shikaar’. As per tradition, they leave a pig to run in the open and the women run after it. They hunt it and later make a feast of it. Men are prohibited to participate in this whole ritual. But at the end, they can participate in the feast.

Thus this whole festival revolves around women. Durga Puja, one of the most famous festivals of India that celebrates the victory of a woman over the evil found a contrary interpretation among the tribal folks. Folklore says that Durga was a man and he was killed by a woman and the woman took the place of Durga. Durga was an Adivasi and he is the same Adivasi who is popularly known as ‘Mahishasur’.

Jaani Shikaar is actually a protest voiced by the Oraon women by reflecting it through a metaphorical fight. Similarly, Santhals celebrate Dasai Nritya also known as Dasai Puja which is held during Durga Puja to voice the protest of Adivasi women through aggression.

The festival of Adivasis reflects the environment and war and these establish the foundation of their culture. That is why many of the tribal families follow matriarchy. Not surprisingly, the Khasis are often believed to follow matriarchy. But in reality though the property is inherited through the mother’s line, the final authority of the household vests with the mother’s brother.

Khasi women also run shops in the markets of Shillong and Nongpoh in Meghalaya. Many women in Mizoram too manage big shops and large business.