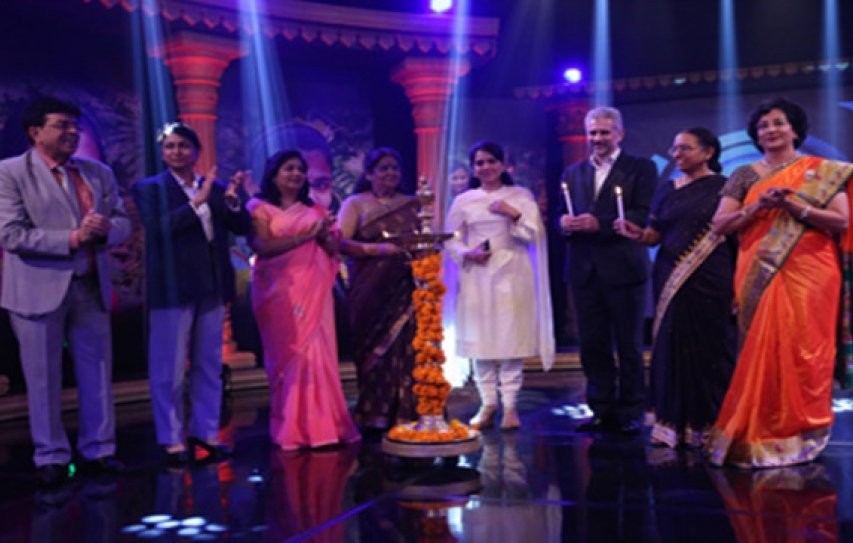 Nine girls coming from culturally diverse backgrounds and different parts of the state have one common message to share – ‘Girls are not any less’. These are Navjyoti’s, nine girls achievers for 2014, who have struggled hard to shape their lives and also bring about change in their own community. A joint venture of UNICEF and Doordarshan Mumbai Kendra, Navjyoti programme aims to give recognition to initiatives taken by the girls despite their adverse circumstances. Started in 2003, Navjyoti celebrated its eleventh year in a colorfully decked studio in Mumbai’s television center Doordarshan in this weekend.

Once again, the stories of ‘girl power’ unfolded and stunned the audience during this inspiring and emotional evening. Nine girls from remote Maharashtra were felicitated by Doordarshan and UNICEF in Navjyoti awards for resisting child marriages and also helping other girls fight the scourge. All these girls are being felicitated for being role models in their villages. They come from very underprivileged backgrounds, and struggle to study. Navjyoti awards which are partnered by Doordarshan Sahyadri and UNICEF are an encouragement for them. These nine Navjoti’s received the UNICEF and Doordarshan Awards this year: