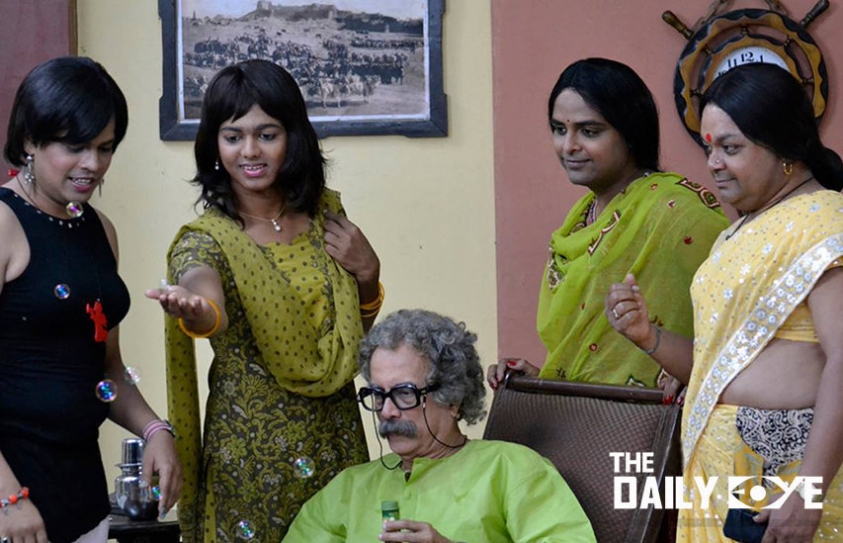 Embrace new media to fight stereotypes in Films and Television

“While we have been organizing the main annual KASHISH festival every year for past 8 years and several screenings in colleges and organizations every year, this event was very special for us, as for the first time we organized a regional language LGBTQ film festival and held it in the central suburbs to reach out to a diverse audience. The films in regional languages, especially Marathi, resonated with the audience. Even the hosting and panel discussion was in Marathi, which was an important way ahead to sensitize a new audience about LGBTQ issues”, said Sridhar Rangayan, festival director. 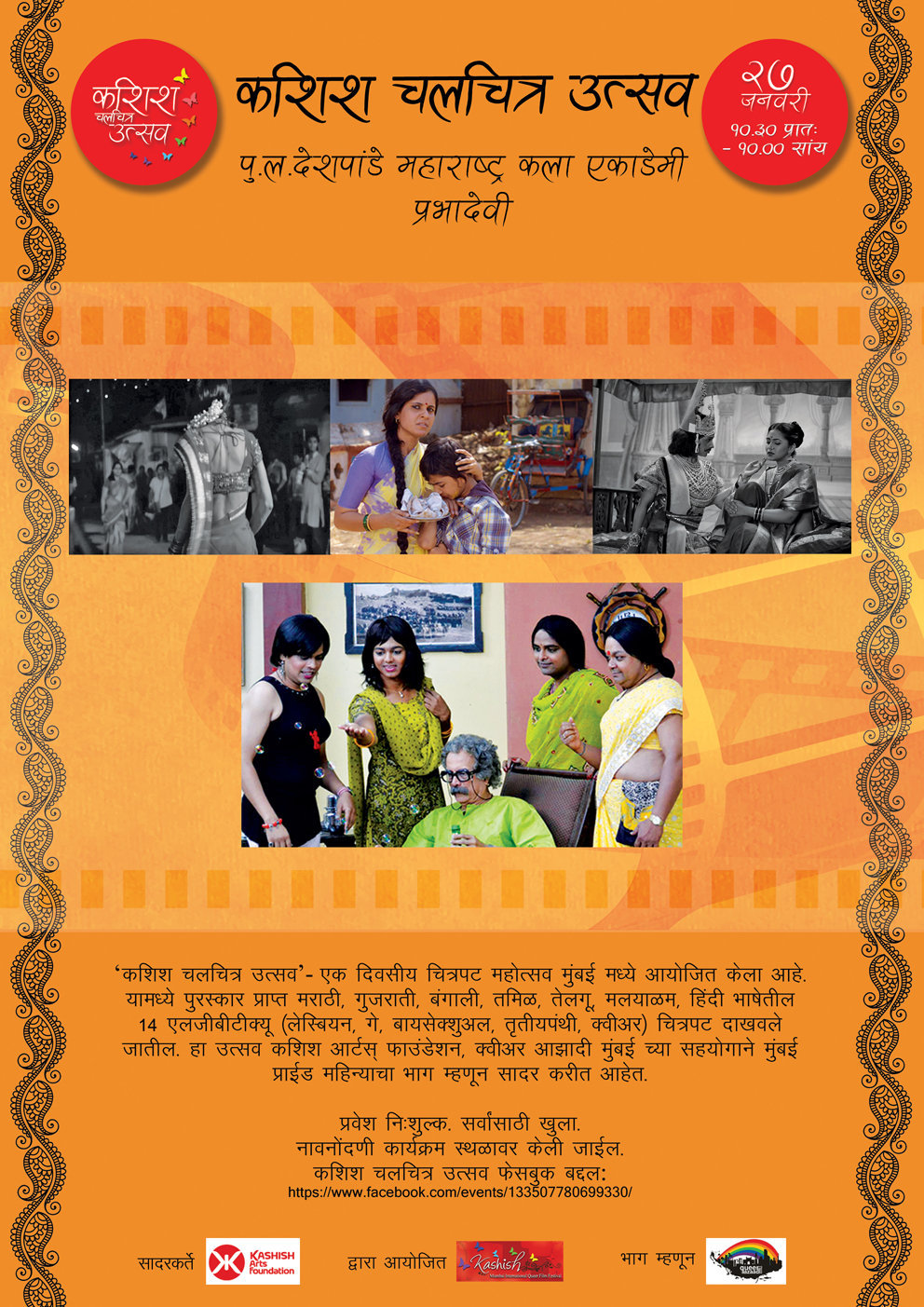 "LGBTQ characters are used in regional films and television serials mostly for humour or as a perverse character. They impact not just LGBTQ persons who are dealing with questions about their identity but also their families. Festivals like these that provide a platform for sensitively made films should be encouraged," said Abhay Kulkarni, an actor who has acted in more than 40 films and over 50 TV serials in Marathi, Hindi, English and Kannada, and also portrayed role of a gay man and transgender person in films like ‘Ektya Bhinti’ by Rohan Kanawade and ‘Zindagi Zindabad’ by Sumitra Bhave.

Shantanu Rode, whose 2014 film Jayjaykar starring Dilip Prabhavalkar, was screened at the day-long festival said that combating stereotypes are difficult in the age of TRPs. Rode, who faced odds while raising money for his film with producers backing out, and finally money put in by his friends from the film industry, said that new media could be the answer. "The internet provides an opportunity to make films that can combat stereotypes and portrays the LGBTQ community with the sensitivity it deserves," said Rode. 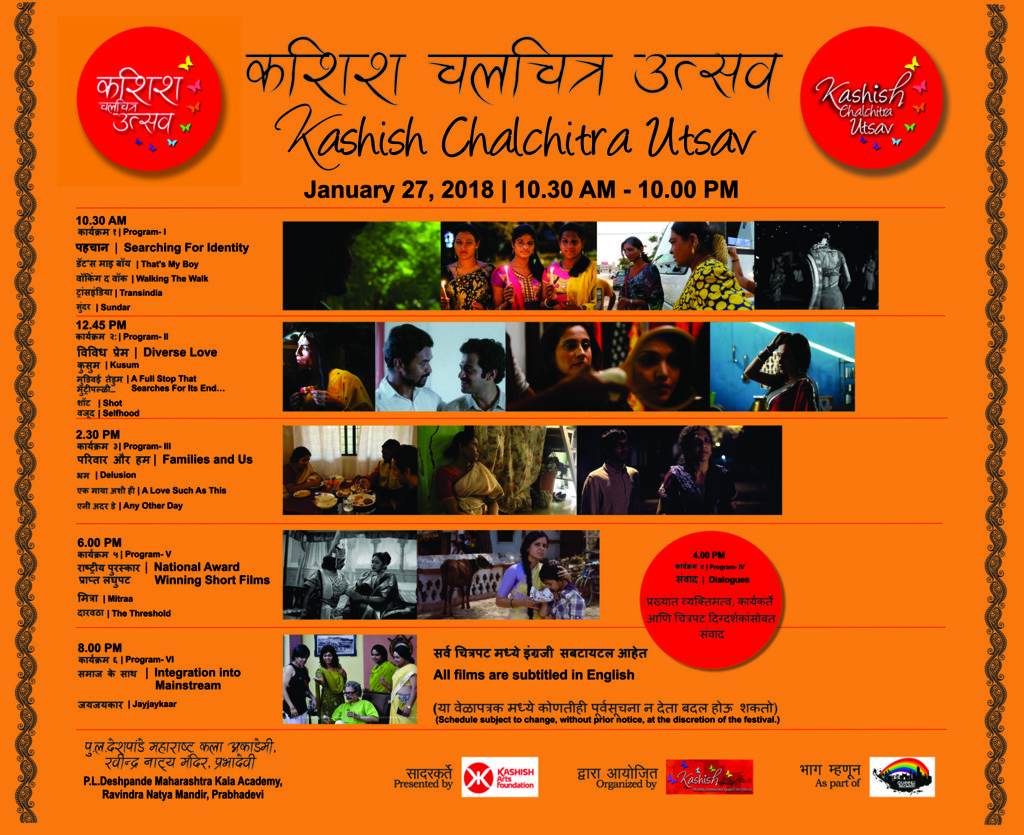 Chitra Palekar, renowned actor (Happy Journey) and director (Maati Maay) is also one of the co-founders of the support group for parents of LGBTQ persons Sweekar. Speaking about acceptance, she said, “It is not only important for LGBTQ persons to come out and accept themselves, but it is important for parents to come out. It is difficult for parents because they fear what society thinks about it, but if you love your child, you have to stand by them”, she said, “I was hoping all the LGBTQ children whose parents have accepted them would bring their parents to film festivals such as this KASHISH Chalchitra Utsav so that they get a better understanding of their lives”.

Namrata Kadam, who has acted in several films (Pyaar Vali Love Story, Hee Porgi Kunachi, Dr. Babasaheb Ambedkar) talked about playing a HIV/AIDS counselor in ‘Aa Muskuraa’, an advocacy film directed by Sridhar Rangayan, “Before doing this film I had many misconceptions about LGBTQ community, but the film made me understand so much more about issues of gay and transgender persons. It was also an experience shooting with a real life transgender person who acted in the film”, she added, “I am very happy to be here to support the pride event by the community, many of who are my close friends now.”

The festival screened 14 films which have won awards at KASHISH Mumbai International Queer Film Festival and focused on a better understanding of gay, lesbian and transgender lives in India. Some of the films that were screened were ‘Jayjaykar’ a feature film in Marathi starring Dilip Prabhavalkar, National Award winning short films ‘Mitraa’ by Ravi Jadhav and ‘Daaravtha’ by Nishant Roy Bombarde.

Other films that were screened were That's My Boy (Malayalam), Walking the Walk (Telugu), TransIndia (Gujarati), Sundar (Marathi), Kusum (Bengali), A Full Stop That Searches for Its End… (Tamil), Shot (Marathi), Wajood (Hindi), Bhram (Marathi), A Love Such as This (Marathi) and Any Other Day (Marathi, Hindi).

KASHISH Mumbai International Queer Film Festival is South Asia’s biggest LGBTQ film festival and the first mainstream LGBTQ film festival in India. It has been held in Mumbai for the past 8 years and the 9th edition will be held May 23-27, 2018 at Liberty Cinema, Mumbai.

More information about KASHISH at http://mumbaiqueerfest.com