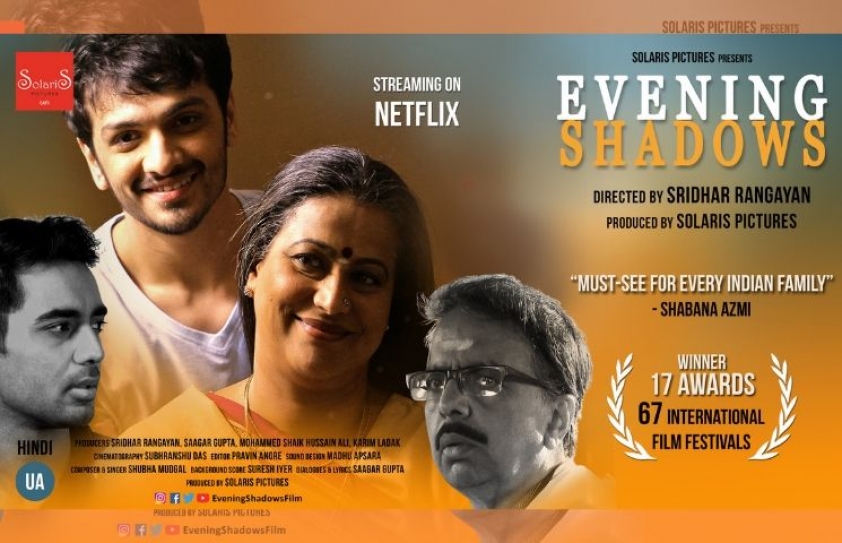 ‘Evening Shadows’ is on cloud nine!

In a news that is sure to warm the cockles of cinema lovers, the multiple award winning Hindi feature film Evening Shadows, is now streaming on Emirates Airlines, becoming the first ever LGBTQ themed independent film to hit the in-flight entertainment circuit.

“We are really excited by this breakthrough”, said director Sridhar Rangayan, “Being a truly family entertainment film, we are happy the film is reaching diverse audiences through in-flight entertainment on an airline, specially one as prestigious as Emirates Airlines”. 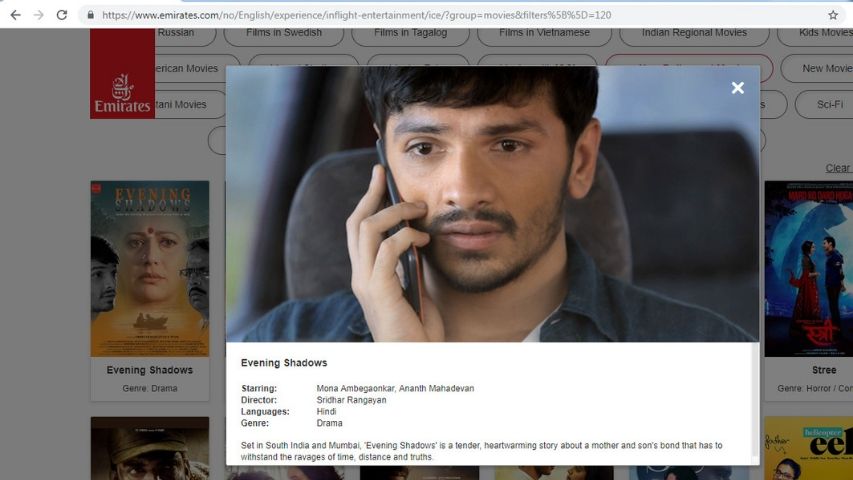 Evening Shadows which recently won the audience award for Best International Feature at the Romania LGBTQ film festival, taking its tally of awards to 17 audience & jury awards, which the producers say is again a breakthrough.

The film Evening Shadows is also part of the very prestigious exhibition of 100 years of LGBT cinema titled ‘Champs d’Amours’ presented at the Paris City Hall from June 24 to September 28, 2019. A video walk through of the same can be viewed at:  https://www.facebook.com/antony.hickling/videos/465228284256481/

“This is an extraordinary honour for an independent Indian LGBTQ film to be considered to be part of this exhibition, that celebrates the rich history of 100 years of LGBTQ cinema. They are screening a 3 min clip from the film as part of the exhibition!”, said Rangayan.

"I'm personally very happy to have been able to include the video from Evening Shadows in the exhibition as it represents contemporary issues in India dealing with coming out and acceptance", said Jean-Baptiste Erreca, one of the co-curators of the exhibition.

Evening Shadows stars Mona Ambegaonkar, Ananth Mahadevan, Devansh Doshi and Arpit Chaudhary in lead roles. The film has received a UA certification from CBFC enabling even younger audiences and families to watch the film. The film is streaming on Netflix worldwide.

The film features a melodious song by eminent singer Shubha Mudgal, with lyrics by Saagar Gupta. The song is available on audio platforms like Saavn, Gaana, etc.