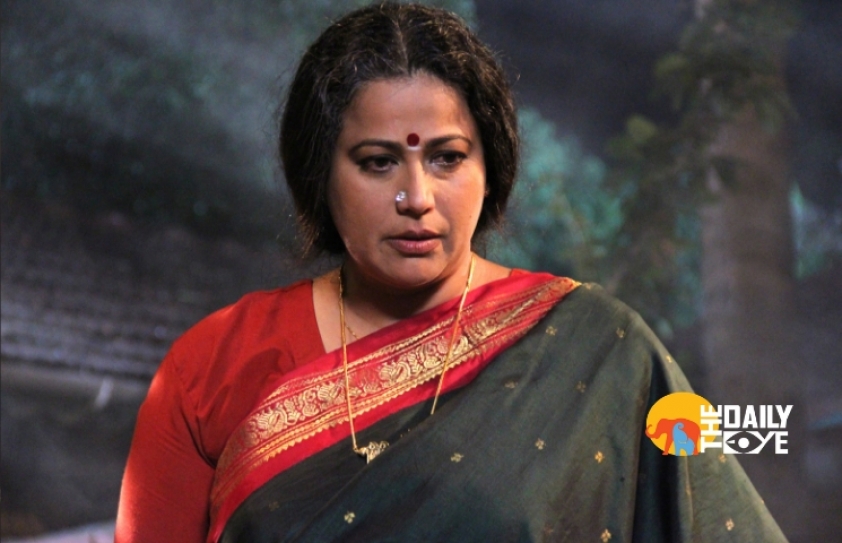 While the Hindi feature film Evening Shadows, which is wowing audiences across the world is a film about a gay son coming out to his mother in a small town in South India, the film has received a lot of appreciation for the portrayal of the mother as a woman who stand up against her patriarchal family.

“Many viewers across the world has termed Evening Shadows a fiercely feminist film”, said Sridhar Rangayan, director of the film, “I feel it is a film that is about equality and dignity – be it for gay men or for women within conservative societies. All of us have to find the strength within ourselves to stand up and be heard.”

“It is time women stop having their feelings trampled over. Evening Shadows is about women coming out of the closet and being themselves”, added Rangayan.

Ambegoankar, “On the occasion of Women’s Day, I dedicate my character, Vasudha, in the film Evening Shadows to all women labouring under the patriarchal system which is widely prevalent in India. I want to see them rise up and fight it with grace and vigour, like Vasudha. I hope they will take along all those marginalized by society, for any reason whatsoever, and emerge triumphant”.

Making a strong plea for women’s rights, Mona Ambegaonkar who plays the lead role of Vasudha in the film said, “This year, on Woman’s Day, I call upon all women to stake their claim to equal opportunity, safety, dignity and freedom. We have a voice and we must be heard. Let our voice ring forth for Liberalism, Inclusion and Acceptance.  We bring Life into this world, yes, but we also bring intellect, empathy, innovation and strength, wherever we go. Let us be the first ones to embrace all Life, in all its forms, rejoicing in its richness. Let us show the way to a compassionate and caring world, where no one is deprived of Love, Joy, Hope, Health and a Future full of possibilities.”

Speaking about mothers in particular, she said, “Women become mothers and pass on the baton of Life to their children. But they won’t be able to nurture a healthy next generation, if they are not empowered and enlightened. Like Vasudha in Evening Shadows, they must emancipate themselves so they can be the shoulders that the next generation can stand on, taller and stronger. Generous, strong and enlightened women will create a robust future generation through nurturing and guiding. She will be able to keep children away from narrow mindedness only if she expands her own mind. By learning to accept, she will teach acceptance. All change is within us and women must lead by example. We can do it. We have been doing it. Let’s pick up the momentum.”

Yamini Singh who plays the role of the aunt Sarita has been greatly appreciated because she hides her wounded past and tries to create a life full of happiness and joy. She said, "In a society where thoughts, beliefs and laws are conservative, Sarita wants to live on her own terms but fears she may have to succumb to norms of the society. Evening Shadows is a film where each of the characters has the courage to take a stand. For their choice. For their life”.

Veenah Naair who plays Lata, a woman married to a closeted gay man said, “Evening shadows is an incredible story that brings out the inner battles within orthodox families. I am so proud to be part of such a breathtaking venture. Beautiful writing by Saagar Gupta and wonderful direction by Sridhar underlines the struggle of many women caught in the patriarchal web”.

Saagar Gupta who has written the dialogues and lyrics said, “Evening Shadows explores womanhood in the form of a mother struggling to accept her gay son. The lyrics of the song tries to encapsulate this – “Behti Hai, Sehti Hai. Beech Do Kinaaron Ke Ek Nadi Sadiyon Se Roti Hai” offers an analogy of mother and river because like mothers, a river too is a life giver and never complains for anything. Like a river, mothers usually quietly bear everything for the wellbeing of their children”.

The song is composed and sung by eminent musician Shubha Mudgal with arrangement by Shantanu Herlekar. The song is streaming on Saavn and other audio platforms.

The film has received a UA certificate from the censor board and has won 16 international awards at its 55 film festival screenings.