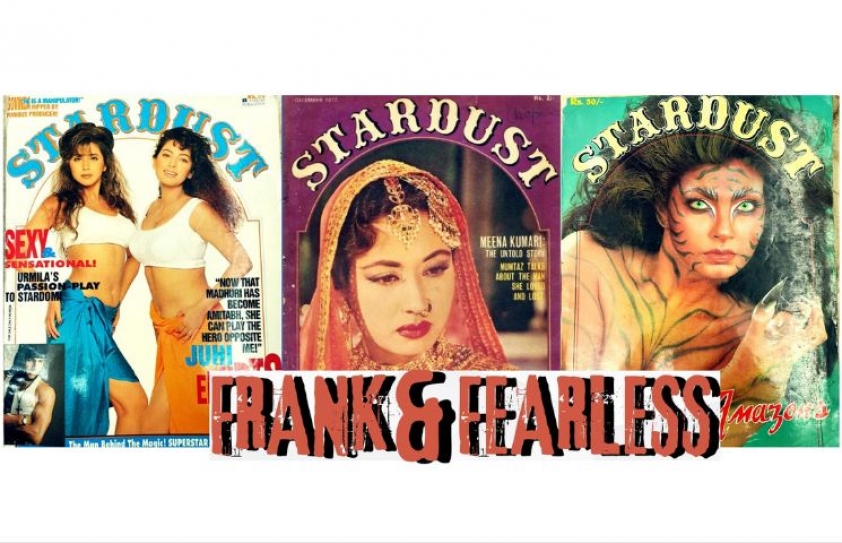 Today, due to the influx of technology and the requisition of social media applications it has become much easier to get an update of your favourite film personality. But, in the last millennium it was the popular magazines, which played Cupid or were the medium between film stars and their admirers since time immemorial. The magazines were in high demand and were even awaited by the stars. This would indicate their current status in showbiz.

Earlier, there would be crazy fan followings and sacks of fan mail. It is said that there was such a frenzy for Rajesh Khanna that he would receive letters written in blood by his fans.

Back in the 1960s and the ‘70s, the number of magazines was uncontainable. Only a few of them have been able to survive over the years. Filmfare has retained its No. 1 position because of its articles and its annual awards. And then there was Cine Blitz, Film World, Film Mirror, Super, Madhuri and Mayapuri (Hindi), Film Boy, Picture Post, Star & Style, Movie, G, the Screen Weekly and more. But it was Stardust, which fast climbed the ladders of success with its innovative covers and gossipy articles. 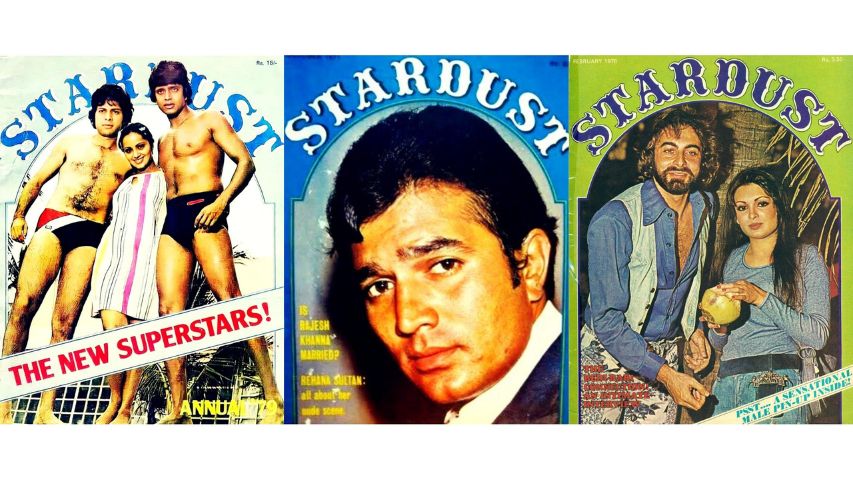 Stardust, a monthly magazine, was published in Bombay by Magna Publishing Co. Ltd. and was founded by Nari Hira in the year 1971 with superstar Rajesh Khanna on the cover of its inaugural issue. Banking primarily on gossip, it did face rough weather due to the sensational scoops, which exposed the private lives of major stars. Often, influence was used to stop scoops and even attempts were made to ban an issue.

Amitabh Bachchan refused to be interviewed by Stardust for almost seven years. Many defamation lawsuits were reportedly filed against the magazine over the years, most of which died a natural death because of the ambiguous defamation laws, then.

The first issue of Stardust ushered in a new era of journalism. It was snarkier and more intrusive and bolder than its rivals. Its column Neeta’s Natter, showed its claws luring Stardust both English and Hindi language readers. With Rajesh Khanna on the cover, half the battle was already won as it raised the question, “Is Rajesh Khanna Married?” Obtaining an exclusive interview with the original superstar himself could not have not been an easy task. Be it gossip or interviews, information on affairs of the stars or even mudslinging, Stardust did it all from its beginnings. Stardust also introduced the concept of using Hinglish in articles in magazines, as before that all articles were either in English or Hindi.

During its heyday, readers awaited their copies just like their local vada pavs. Initially, the lead stars did photo shoots wearing their personal costumes; even their make-up was done by their own make-up dadas as they were called then. Gradually, as the magazine picked up circulation, clothes and accessories would be sourced from the local designers and there would be shoots conducted outdoors. At times, multiple stars featured on the covers. 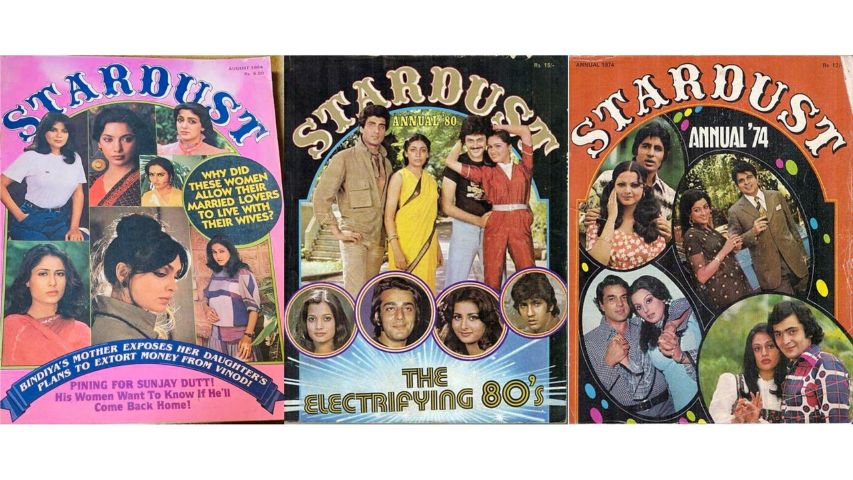 Came a time when the magazine reached the pinnacle of popularity, thanks to the columnist and author Shobhaa De (born Rajadhyaksha). Her care-a-damn attitude rubbed many the wrong way but she remained unaffected and unapologetic - to the extent that it became a topic of conversations inside and outside the film industry.

Nari Hira’s brainchild was also well-known for its chunky annuals. Those with sensuous, bold and unique covers and centerspreads with leading stars. They were expensive but were a sell-out as soon as they would hit the stalls just before Diwali during fall. The stars were seen in aluminium foil, polyethene, patent leather, painted bodies, and many more innovative ideas made it the leading magazine.

Today, there are red carpet events, airport looks and the Cannes Film Festival, which have become the events looked forward to, but back then it was these covers and fashion shoots, which used to be the unique selling point. Covers, like the Annual 1976 with Zeenat Aman and Rajesh Khanna wearing similar T-shirts saying,  “I love Rajesh” and “I love Zeenat”, were instant hits. 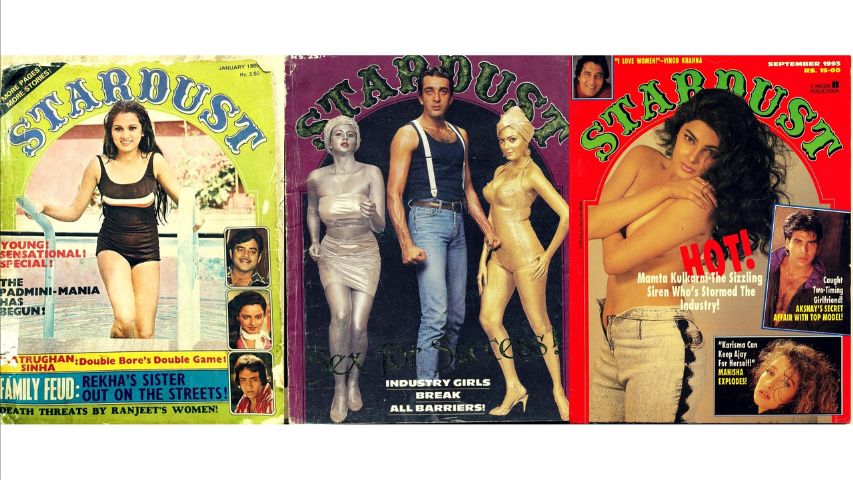 The Annual 1973 with Dharmendra, Mumtaz, Jaya Bachchan, Rajesh Khanna, Dev Anand and Hema Malini too was well received. The cover of December 1972 with Meena Kumari from her last film Pakeezah (1972) was an eye-catcher. A sensational cover with Parveen Babi and Kabir Bedi was released in February 1976 just when they had left for Italy. And in May 1976, a disarming cover of Rajesh Khanna, Dimple and Twinkle Khanna beside a swimming pool was claimed to be one of the superstar’s frankest interviews ever. Another cover, which was a sell-out was the Annual 1979 one, where Mithun Chakraborty and Vijayendra Ghatge appeared in their swimming trunks along with Ranjeeta Kaur.

The cover ‘Vinod Khanna the Sexy Sanyasi turns No: 1’ made headlines in February 1978. Padmini Kolhapure on the cover emerging from a swimming pool in January 1980 made her a star to watch out for, while the Annual cover of 1986, with Sanjay Dutt, Richa Sharma and Kimi Katkar, created fireworks. Talking about Kimi, she also graced the cover of the Annual 1988 looking like a jungle queen while Mamta Kulkarni’s topless cover in September 1993 almost got banned from the stands.

Stardust was ahead of its times considering its provocative covers, sensuous photo shoots and centre-spreads, which made them collector’s items. Post-pandemic, with most magazines barely visible, their vintage issues are much in demand in the grey market. They fetch fancy prices depending on the year of publication and their existing condition. There is a separate higher price for those thick Annuals issues; they are rarely available. Those were the glorious days of Stardust.

Now, it’s an entirely different story, what with PR agencies monitoring interviews and the proliferation of various webzines. Quite a few of these, even dredge out and rewrite stories from the old magazine. It seems like the bold and beautiful portrayals of stars in magazines are either gone or are on a ventilator. The shape of film journalism, to put it politely, doesn’t send the readers’ pulse racing anymore.