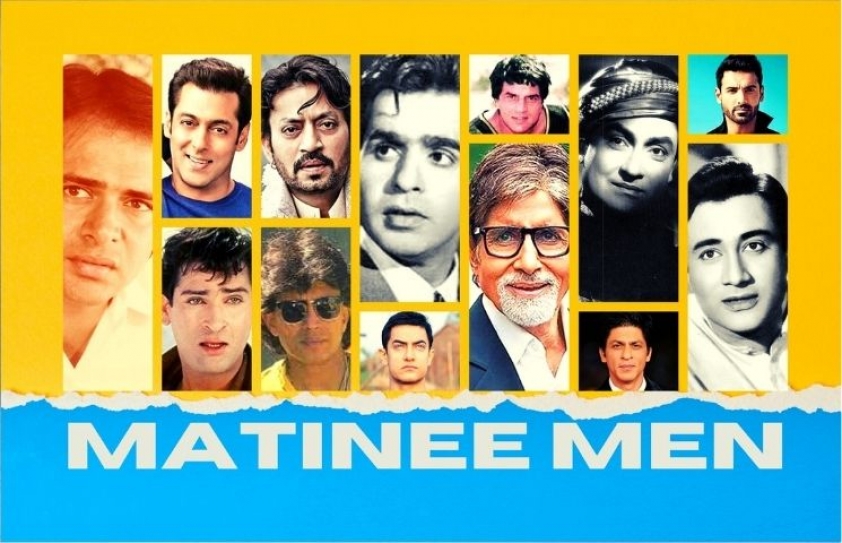 Roshmila Bhattacharya is a senior journalist who in a career spanning three decades has worked with all the leading media houses - The Times of India, The Indian Express, Zee and Hindustan Times. She has headed the entertainment section of Mumbai Mirror for the last seven years. Here I talk to her about her book published by Rupa. Rudra Narayan Sharma is the commissioning editor of this very interesting project.

In July 2019, she came out with her first book, the biography of Gulshan Grover - Bad Man. Her second book Matinee Men, was out in bookshops and online stores recently. While the first traced the journey of one of Hindi cinema’s most popular khalnayaks, the second attempts to go beneath the glam, glory and greasepaint, to find the men behind these demi-Gods we have been watching live out different characters in reel life.

The author has had several occasions to interact with and interview many of the Bollywood’s screen idols. In this book, she has zeroed in on thirteen actors - Ashok Kumar, Dilip Kumar, Dev Anand, Shammi Kapoor, Dharmendra, Amitabh Bachchan, Farooq Shaikh, Mithun Chakraborty, John Abraham and the Khans: Aamir, Shah Rukh, Salman and Irrfan. And through memories of moments spent with them, as well as conversations with their family and colleagues, she brings interesting trivia, like their unique talents that not many know about.

There are stories behind movie shoots, like how Dev Anand was mistaken for a real guide during the shooting of his American-Indian co-production Guide, in Udaipur by a group of American tourists. And instead of getting affronted, the evergreen star simply whizzed off with them in a motor boat, returning to the shoot after giving them a guided tour.

So now, let’s hand it over to Roshmila. She talks to me here, about her book and of course allows me to peep into her own personal life as well.

What triggered you to author Matinee Men?

In my three-decade career as a journalist, I’ve interviewed several actors and discovered hobbies not often spoken about, observed certain personality traits that set them apart, heard stories behind their movies, stuff that never made it to print or was lost in the middle of an interview. I mined these for this book, which is an attempt to offer a glimpse of the men behind these matinee idols, the person beyond the glam, glitz and greasepaint.

An example or two would be great to hear from you…

For instance, not many are aware that Ashok Kumar was a closet painter whose horses - one framed watercolour was gifted to me by his daughter Bharti - so impressed MF Husian that he told the actor that these were not the strokes of an amateur artist. Bhartiji also told me that during the  shooting of Bhai Bhai, when he got two days off, Dadamoni travelled from Chennai to Mahabalipuram, to meet a self taught artist G.D. Paulraj, stayed with him and learnt all that he could about technique.

I also learnt over time that John Abraham, Bollywood’s quintessential maar dhaad hero, had given the nod to the film Madras Café, back in 2006, when it was titled Jaffna. And when Shoojit Sircar was unable to find anyone to back his controversial political fiction drama, John offered to produce it, knowing the film was way ahead of its time. But, as he reasons, you have to be brave to effect change, and change comes only with conviction. My Bollywood Diaries is a novel concept and I am glad my literary agent, Kanishka Gupta, found merit in it and took it to Rupa that greenlit it. 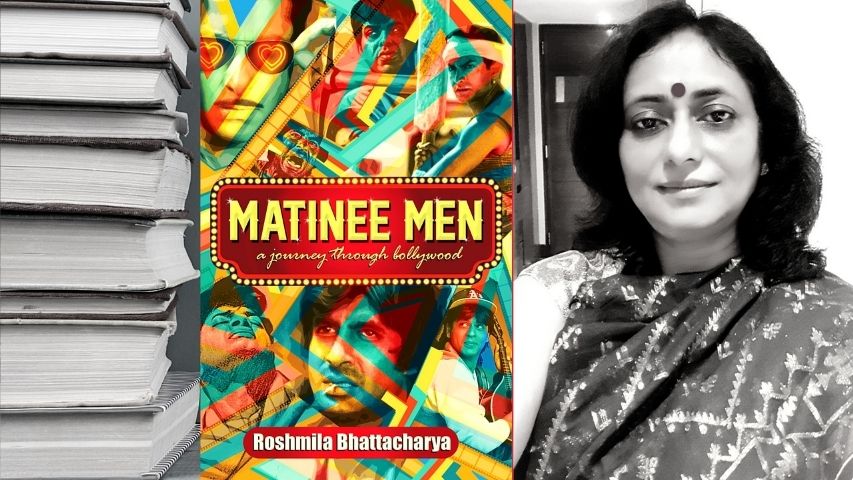 You must have noticed a lot of changes in your interactions with Bollywood stars over the many years of your work. Share some of your thoughts.

Well yes, there have been changes. Some had to do with how one’s career was poised at the moment. Others, with which phase of their life they were in or their mood on that particular day. So, no matter how many times I have met Salman Khan, I still find it hard to predict his mood or pre-empt his answers, which makes an interaction with him always engaging.

Shammi Kapoor I was introduced to long after he had retired from the movies. I met a genial giant who would discuss birthday plans while undergoing dialysis in the hospital. Mr Amitabh Bachchan, on the other hand, is one of the busiest actors even today, but he is always punctual to the dot and even answers questions on email way past midnight.

The biggest change is that earlier one got plenty of time with them. During my early years with Filmfare and Screen, I would spend hours and days on the set, chatting with actors between breaks. In the process I got to know them well and vice versa. Now, you are on a deadline, in an air-conditioned room or vanity van, sometimes with an army of publicists around to censor out the touchy and tricky questions. You mostly get rehearsed answers, unless you can disarm them with your ‘different’ queries or are someone they like and trust.

Most actors are very balanced, knowing their fortunes can change from one Friday to the next. But there are a few whose boots grow smaller with success. In such cases, the wait before the interview can be long and tedious but that can always be bridged with a good book or if you have fellow journalists to gossip with. A tip for budding journos: a book in hand, keeps boredom at bay.

How has entertainment journalism changed over the years - especially from print being the primary media to the shift to digital in the last ten years or so?

I know there’s a distinct demarcation being made today between print and digital, but for me, no matter what the platform, if you have a story to tell and can tell it lucidly, you will find readers anywhere. Today, even print is all about evolution and innovation. You have to constantly think of new ways to keep a reader hooked. I believe that if you have a headline that grabs attention right away, half the battle is won, whether it’s a newspaper or online.

Pictures are another tool that can be used imaginatively to build interest. And eventually, it’s all about ideas. Think  out of the box and you can catch the eye, follow the rules and you could stumble.

Tell me about yourself - your growing up years and what made you choose journalism as a career?

The introduction to my book is titled ‘Reaching for the Stars’ and that’s what brought me into this profession. My father was with the State Bank of India and his job took us to different parts of the country. I grew up in the hills – Darjeeling and Shillong - and even after I descended to the plains, my head was lost in the clouds. I wanted to be an air-hostess, then an astronaut.

While flying high, I found myself doing a post-graduate diploma in Social Communications, following which my mom wanted me to be a hot-shot film director or a radio producer while my dad figured advertising or public relations were more lucrative careers. I stumped them by opting for journalism.

Why? I guess, I was just rebelling, the way I had when I deliberately flunked the banking exams because I did not want to follow in my dad’s footsteps. Then, messed up my chances of getting into a Travel & Tourism course, like my mom wanted, by telling them I had my heart set on the Social Communication course and this one was just a standby. I remember mom raging, “What if you don’t get into the other course?” I had shrugged, “I can always be a typist.” To this day, I type with one finger. 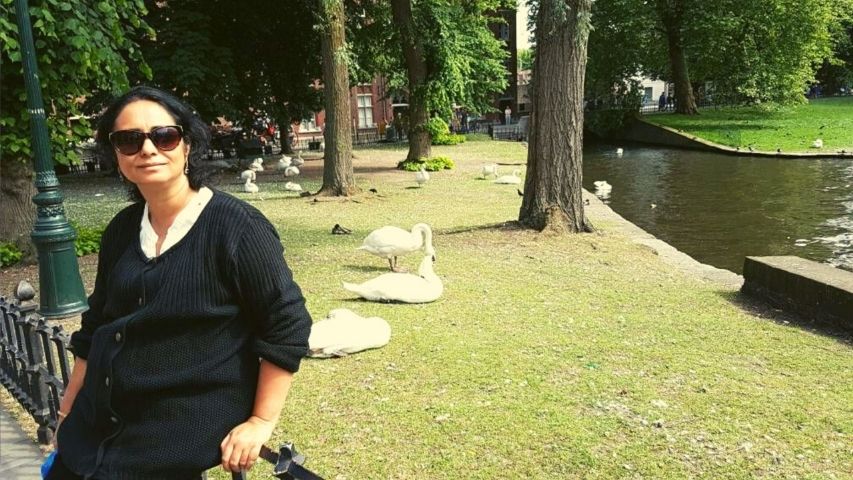 After completing my diploma, I landed a six-weeks internship with The Illustrated Weekly of India, which was being edited by Pritish Nandy at the time. An ‘Idiot Box’ column and a few art pieces got me an extension at my job in The Times of India after my internship ended. After three months of handling everything that was thrown at me, from the Saturday Times to festival supplements, I was recruited as a trainee reporter for Filmfare. My first interview was with newbie Madhuri Dixit. By the time the interview ended, I had become friends with her mother, who had fed me pieces of the apple she was cutting for her daughter. By the time it came out, the film Tezaab had released and Madhuri was an overnight star... And I was an entertainment journalist.

With the closing of Mumbai Mirror, what’s next on the cards for you?

It’s been a seven-year stint with Mirror, after a five-year stint with HT Café. For almost 12 years on the trot, I have been working six days a week, and since the lockdown 12 hours a day without a single holiday, except for the weekly offs. Right now, I need a couple of months to breathe. Then, I will start looking for a job that helps me to evolve and grow. Till then, I’ll get started on a couple of books. Ever since Bad Man, the biography of Gulshan Grover, released last year, I have discovered that writing books can be very satisfying despite months of slogging, and I want to devote some time to writing them.

Your own favourite Matinee Man and why?

You are asking a mother to choose her favourite child? That’s tricky because I love all 13 of them, and there are at least 13 more I love as well. I wish Dadamoni was still around so we could joke that he was younger since he was born a day before me - October 13 - never mind the years. I wish Irrfan, who called me Roshomilla, was still around so we could talk endlessly about everything - from Sahir Ludhainvi’s nazms to the Oscars, from our children’s education to the fish curry I never invited him home to sample. I wish Farooque Shaikh was still around so we could talk about biryani, kebabs and mangoes. But then, there’s Shah Rukh Khan with whom I can discuss any subject under the sun, Dharmendraji who will call me out of the blue and recite the most beautiful shers and Aamir Khan who with the precision of a professor, will take me on a journey through his movies. Every Matinee Man has entertained us down the decades, so, how can I single out one?

What about Matinee Women? Are there any thoughts about starting on that?

If my commissioning editor, Rudra Narayan Sharma, and my publishers, Rupa Publications, are willing, there will be Matinee Women, Matinee Shows, Matinee Masters… In an era of franchises, perhaps I can spin one too because, as they say in filmi parlance, the show must go on.

You can buy it on Amazon. Follow the link: https://amzn.to/3oYEyLO