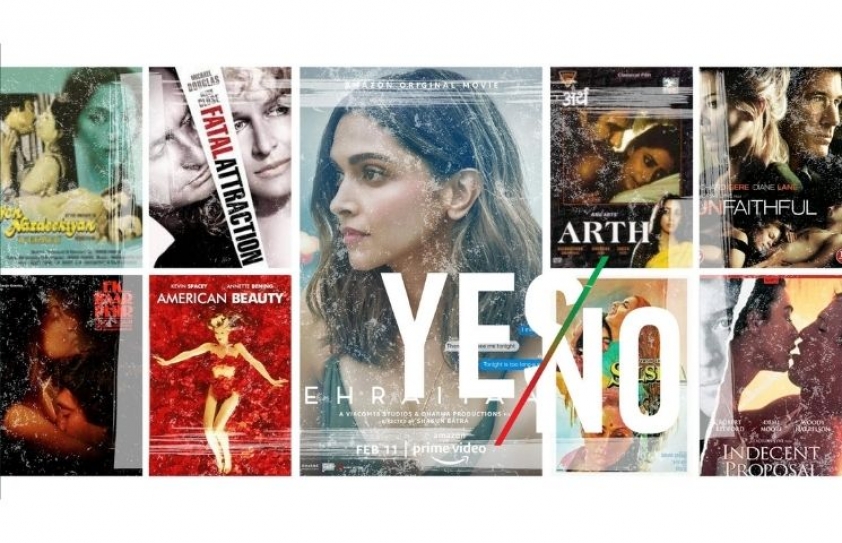 Monojit Lahiri investigates how deep is deep in extra-marital journeys, in reel and real life.

Irritated as I was by my friends gate-crashing and provoking a response about the hottest release of late - pun intended - it did set me thinking.

In all truth, ménage a trios as a subject is nothing new to moviegoers. Hollywood, over time, has offered delicious buffets, gobbled up enthusiastically by the ever-hungry junta. Be it Fatal Attraction, Indecent Proposal, Play Misty For Me, Unfaithful, Matchpoint, Closer, Walk The Line, American Beauty, Before the Devil Knows You’re Dead, Little Children, Damage, Chloe... the list is endless. For Bollywood too, the theme is neither new nor novel. For the most part, the other woman here has been depicted as the homewrecking bitch, wicked and manipulating seductress stealing the poor, dumb, weak bakra hero from the bed of the loyal, loving girlfriend or Biwi No.1!

To square off with the morality angle, this femme fatale invariably ends up damned and doomed by both circumstances and societal pressures to enjoy nothing more than do raat ki chandni before ghor andhera steps in... and she, out! Films on this subject include B.R. Chopra’s Gumrah, Yeh Rastay Hai Pyar Ke, which inspired Rustom, Grihapravesh, Ek Baar Phir, Yeh Nazdeekiyan, the high-profile (reel life clashing with real life?) Silsila, the most powerful and moving of the lot Arth, with weak xerox copies, Zeher, Woh Lamhe, Murder, Life in a Metro, Lunchbox, Haseen Dilruba, Pyar Tu Ne Kya Kiya, Shabd... and there’s bound to be more from where it came. 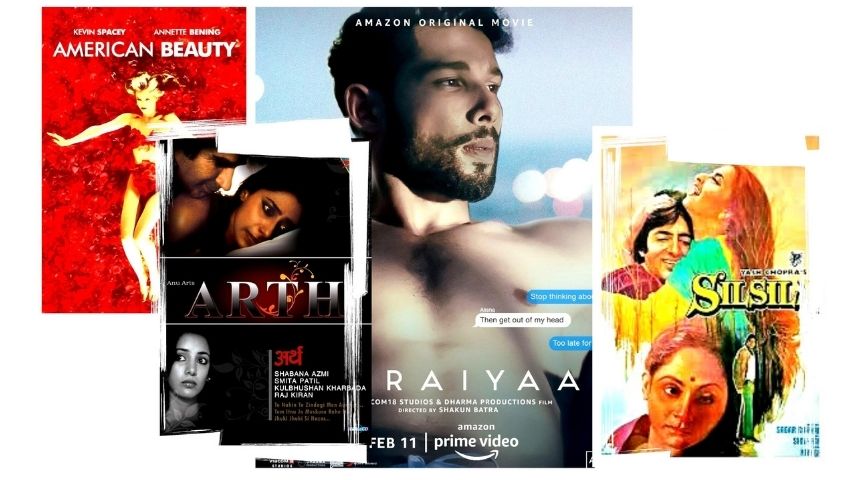 Lacerated from freeze–frame moments of his tempestuous personal life, the blowout, no-holds-barred, soul-strip author of the narrative cathartically presenting the ethics of betrayal [Arth], Mahesh Bhatt refuses to believe that B-town has found understanding maturity and perspective relating to this contentious theme. “The sensitivity and guts to confront searing, unconventional and uncomfortable truths with uninhibited daring is beyond the reach of most filmmakers. It demands a nakedness of the soul impervious to embarrassment or outrage or ROI in its search for truth. Arth, I think worked, because it was one from the heart with reality check as its calling card.“ The temptation to make the other woman a titillating exhibit of lust and license, all body and no soul playing out her role in bitter-sweet limbo (Bhatt continues) persists due to a number of reasons. One is to play safe but the other is more crucial. Despite the spectacular strides in technological and scientific fields and new-age lifestyle changes, the 5000 year old civilisation cloud hangs heavy on our collective psyche accompanied by the mandatory parampara, adarsh, sanskar, etc. with all cylinders firing!

Shifting lanes and expanding the bandwidth of this theme, it might be interesting to try and figure out some reasons why people have extramarital liaisons. Marriage Counsellors believe early marriage and marrying for the wrong reasons, family/societal pressure, head the list followed by not willing, confused or unable to deal with change. Early parenthood, totally clueless, unprepared and unwanted, physical incompatibility, emotional criss-cross and a complete mismatch regarding basic vision of life, values, priorities and zero common interests or touch points further seals their fate. It is obvious that from these deadly negatives, need for some oxygen (read excitement) is the desperate need of the hour. So... Agreed, these reasons may seem simplistic but unlike hi-funda jargons from hi-priced, fancy Celeb Counsellors, which, as people allege, mostly is sensational hooey, these fundas appear to be both grounded and relatable.

Moving on to mined territory: Are extramarital affairs, as believed by some, ironically the tonic the doc ordered for loveless, directionless, boring relationships? The wake-up call, aphrodisiac, the jago sonewalo number for couples who have forgotten or continue to ignore/neglect the love and passion that once ruled their lives? The mind, heart, soul-connect powered by the hormonal tango that once rocked their relationship? The seductive sin-fluencing chaabi that pushes them to thrill in the living dangerously zone to keep the engine running once again, of heart, mind and body?

A reputed author and therapist Esther Perel has gone down on record to state that “an affair brings together three key elements: a secretive relationship, an emotional connection and sexual alchemy. Alchemy is the key word here because the erotic fusion is such that the kiss you only imagine giving can be as powerful and enchanting as hours of actual love-making. Often, it’s our imagination that is responsible for love, not the other person. Also, it’s important to remember that sexual emotions are the strongest human emotion there can be and they can make you vulnerable to a degree that is hard to fathom.”

Adds a renowned life-coach, “Men and women are wired differently. In case of a woman’s brain, sex and love are wired together. For men, love means love. Sex means sex.” Explains another Behavioral Scientist, “Every relationship has a honeymoon period. This phase is all about feeling alive, loved, wanted, desired. When that phase ends, it starts to get boring. The same holds true for extra-marital affair as well.”

There are also counsellors who believe that these affairs make you see good in your married partner. “Comparing your spouse to your lover can come into play, sometimes leading to a situation where they are reminded of traits they once adored in their married partner.” However, not all affairs, some insist, are about killing boredom or yearning to be desired.  “Sometimes you can meet a person outside and feel an instant connect. It’s not sexual but a magnetic draw, even karmic, soul-elevating, suggesting you have unfinished business. You want to be with that person all the time... a feeling easy to identify but impossible to explain.”

Returning to Gehraiyan, while it’s clearly not karmic, what is it that makes Alisha and Zain’s relationship catch fire? What makes their intimacy different... more nuanced, layered, detailed, textured and not just titillating and gasp-pant-driven? Whatever it is, Shakun Batra has an angle on stories like this. He doesn’t go for the obvious arc. He isn’t interested in the same things that characters are interested in. He wants us to know what happened to them after they do what they think is important. He is obsessed equally with truth and consequences... that is where Gehraiyan, unlike most others of the genre, perhaps runs silent, runs deep.