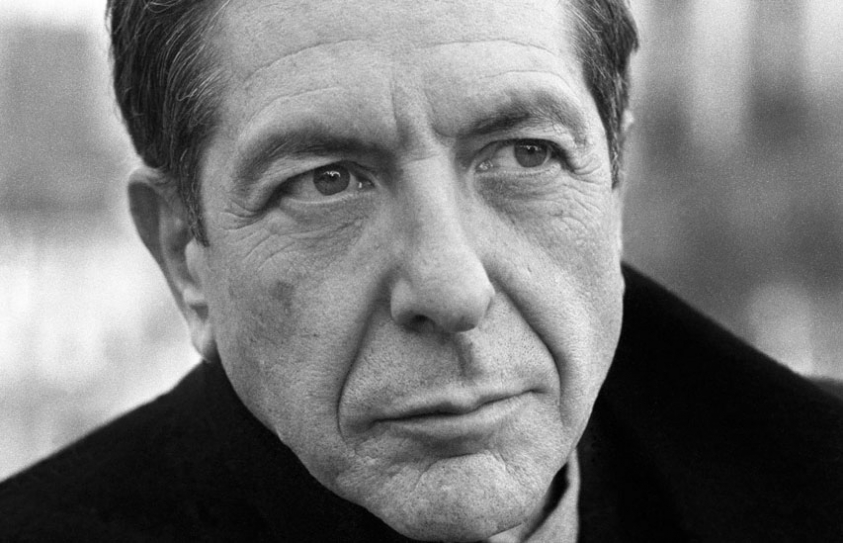 We’ve heard very few details about Leonard Cohen’s death this week, and that is by design. The Cohen family requested privacy for his funeral and received it. While most outlets reported that he passed away on Thursday night, he actually died on Wednesday and was buried on Thursday. This collective graciousness on the part of the press comes, I’d say, at a time when little grace abounds. Grace is a word that I particularly associate with Cohen. He was a graceful man, always impeccably coiffed and dressed (his father was a tailor), his handsome, hangdog face never anything but perfectly direct.

For several days before his death, New Yorker editor David Remnick sat down with Cohen for the first interview he’d given in several years. The poet and folk singer/songwriter legend had terminal cancer, we learn, and was confined to a medical chair. Nonetheless, says Remnick, introducing the edited audio interview above, Cohen was “in an ebullient mood for a man… who knew exactly where he was going, and he was headed there in a hurry. And at the same time, he was incredibly gracious. The most gracious host this side of my mother.” Cut to Cohen offering him a few slices of cheese, and Reminick declining.