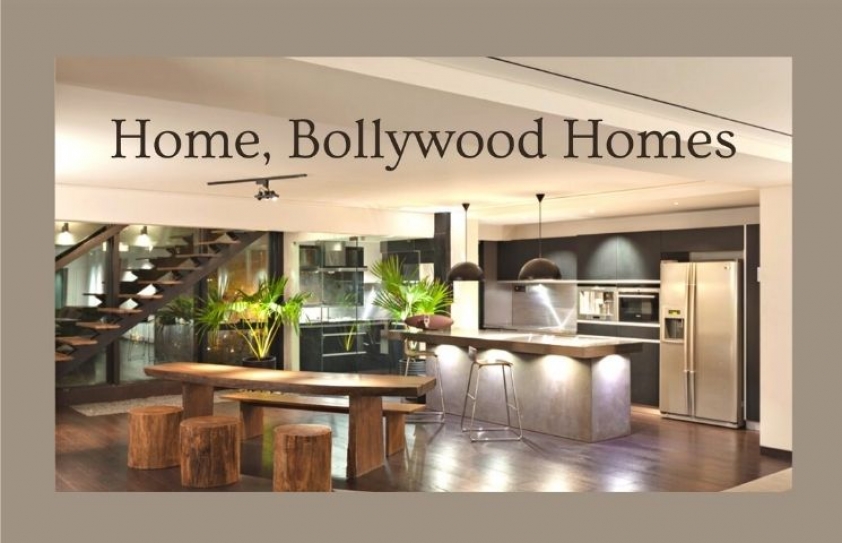 Khalid Mohamed writes on some of the impressive star homes in B-town.

There’s something  about Bollywood star homes. Now they are  quite a match to the sprawling estates, manors, villas and exclusive penthouse lofts and apartments of their Hollywood peers. Yet in the cramped real estate of Mumbai, the abodes of the leading lights of showtown are  naturally as swishy and spacious as they can get.

A majority of the homes are designed by uber expensive interior experts. For instance Twinkle Khanna was at the forefront in the field. But ever since she has prioritised writing columns and books, she appears to be going slow on that front. Hence from within the industry Gauri Khan and Suzzanne Khan have become the two prime go-to home creators. Gauri Khan, for instance, is responsible for giving a makeover to Ranbir Kapoor’s home and the children’s nursery for Karan Johar’s ocean-view apartment. 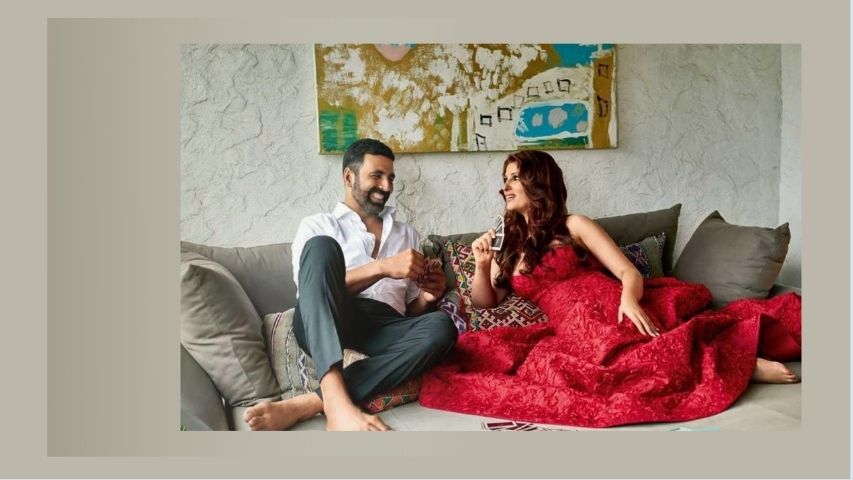 Curiously Riteish Deshmukh, a qualified engineer himself, who has often expressed his wish to return to designing sky rises and towers, has chosen to stick to acting, and who knows, join active politics some day in the footsteps of his family. Occasionally for friends, he does make an exception and had designed a major section of Karan Johar’s earlier home. One of his favourite architectural places is the modernist Tate Gallery in London.

Now, there are two categories of star homes. One, which looks lived-in and are commensurate with the personalities of their residents. The home of Anil and Sunita Kapoor is the best of this kind, replete with artworks by master painters, silver artefacts and freshly cut sprays of flowers.

And two,  there are star homes which strike you as vain attempts to look fancy and ostentatious. Especially the superstars have their life-sized portraits covering practically every inch of wall space, which is not only a sign of vanity (call it narcissism if you like), while considerable space is devoted to the display of award trophies, be they major or minor.

Today with the lockdown caused by the Corona virus pandemic, I can imagine how B-town heroes and heroines are spending their time. Many of them have taken off for a respite to Goa. At their homes they have built-in home gyms, swimming pools and mammoth TV screen sets, so there’s no reason to fume and fret because of the social distancing. But of course, since most stars are workaholics by instinct and have precious little else on their mind, the enforced stay-in couldn’t exactly be easy on their nerves.  Not uncommon since it’s a common trait among all creative professions.

In the public mind certain star homes - like the Jalsa bungalow of the Amitabh Bachchan family, the Mannat complex of Shah Rukh Khan and the Galaxy Apartment flats of Salim and Salman Khan - have always held a special allure. These are the spots where fans from all over the world still congregate on Sundays and holidays in the hope of grabbing a glimpse of their screen idols.

Down the years, journos - print as well as electronic - must have visited the residences of every star, big or small. Here’s zooming in on the five which make you feel most-at-home. Homes, by the way, are not only made by their size and costly fittings and furnishings, but also by the easygoing ambience, the courteous training of the attendants and gatekeepers and above all, the art of making a guest/visitor feel welcome. 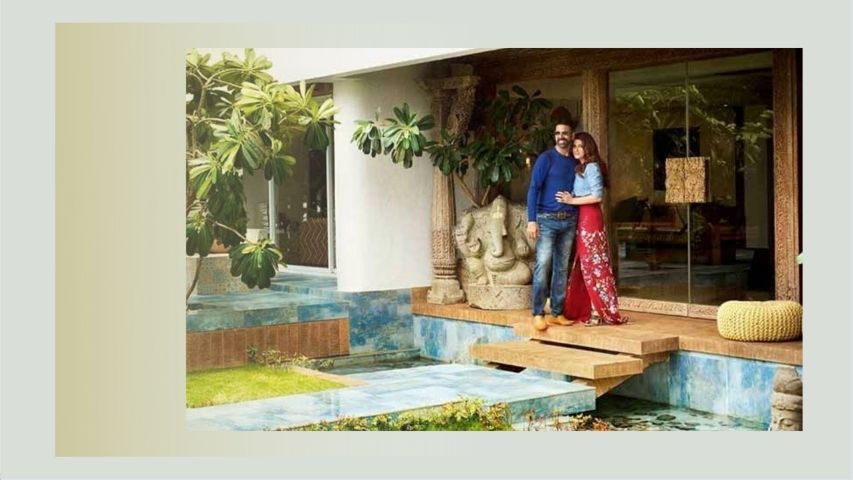 Their luxuruous, Arabian Sea-face, home occupying the ground and first floors in Prime Beach Apartments, Juhu, carries the unmistakable stamp of Twinkle, complete with a manicured lawn, a calming pond, a mango tree, scented candles and mementoes collected during their visits overseas. Named justifiably as one of the best Bollywood star homes, the space is vast, and makes sure their two children have their privacy and the attendants are impeccably turned out. Ever since his career started flourishing, Akshay has been an astute investor in prime estate property. Incidentally, Hrithik Roshan has rented an apartment in the same apartment complex. 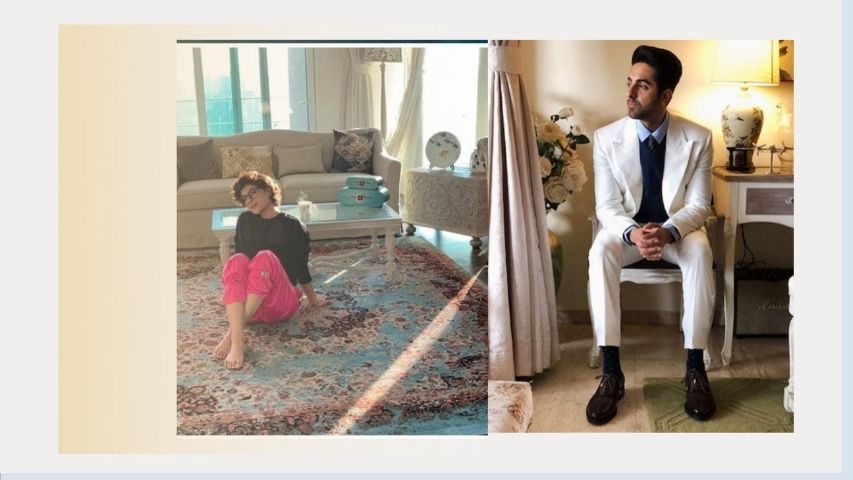 He worked hard for years, as a TV personality, singer and then actor to move into a commodious home measuring 4,000 square feet spread over seven bedrooms in Windsor Grande, Andheri, close to the filmmaking hub of the city.

Reportedly, he’s paying close to Rs 5.25 lakhs a month for the tastefully done up apartment in a minimalist style. Ayushmann’s wife, Tahira, had hosted their two children’s birthday parties there some months ago. In an Instagram post, Tahira had exulted, “My favourite coffee joint is my home!” And she has credited her childhood friend Ms Bhatia for “putting her heart and soul into every corner, exuding the love and warmth she has as a person.” 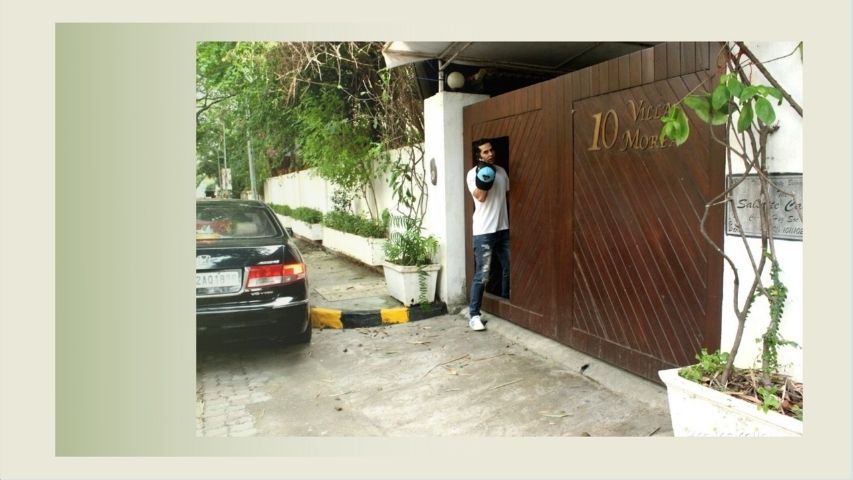 Surprises never cease. Take the home of ramp model, actor (rarely seen on the screen nowadays though) and entrepreneur Dino Morea. The singleton resides in 10 Villa Morea, a rejigged old Potuguese home in Bandra. The verandah is shadowed by  tiles and gables leading to a porch outdoor area with al fresco seating. Trees are to be found in abundance. Bought after years of tracking down the original owners who have settled overseas, the heritage property has been spruced up by Dino’s friend and fashion designer Nandita Mahtani. While preserving the bungalow’s old-world charm including wooden beams, most of the walls are painted white. The metal chairs and vintage chandeliers contribute to a  bygone era’s relaxed atmosphere. 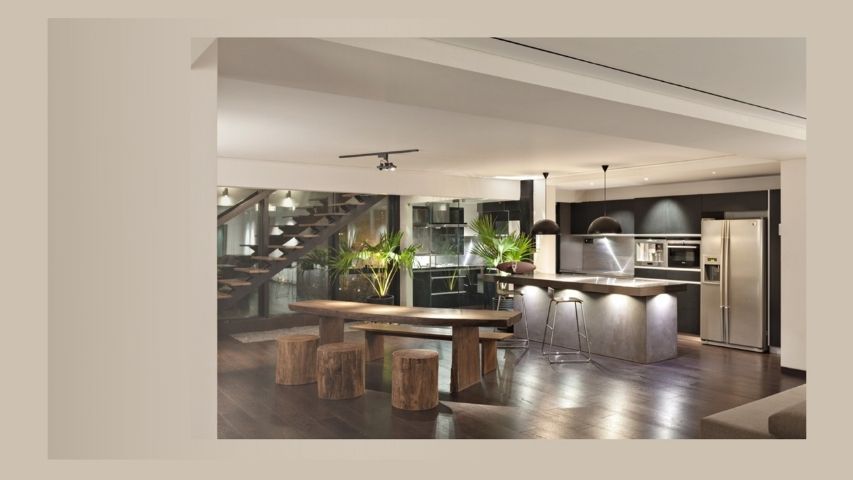 John Abraham spent his growing-up years in the congested neighbourhood at the foot of Grant Road bridge. Today, his wife Priya and he are owners of a 4,000-square-foot penthouse, overlooking the oceanfront at Bandra. Called Villa in the Sky, the home’s accent is on space and designer wood furniture. The villa has been masterminded by John’s brother Alan. Being quite a recluse, John doesn’t keep an open house, as such, and rarely hosts crowded parties at a space which  he evidently considers a labour of his blood, sweat and stamina. 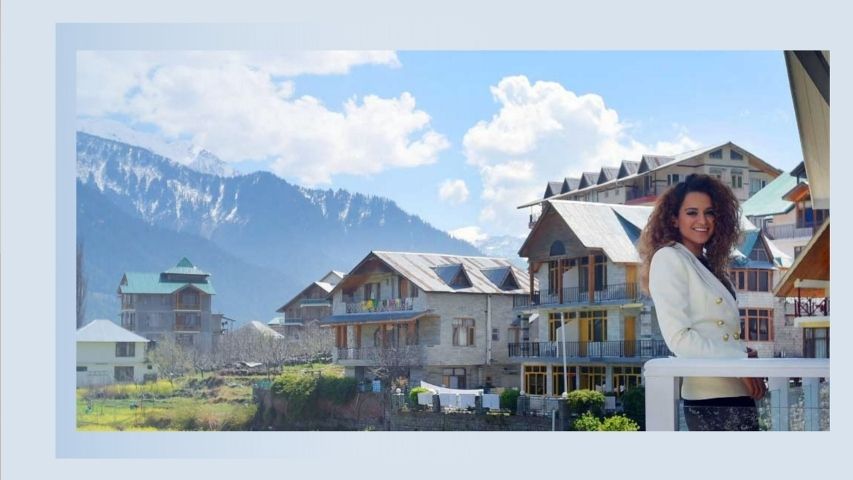 While in Mumbai, she stays in a suburban high-rise and maintains an office at Bandra, which was the scene of a controversial demolition by the city’s municipal authorities in September. But it’s the mansion she has built for herself and her family in her hometown Manali (in the state of Himachal Pradesh), which is the realisation of a long-nurtured dream. Designed by Shabnam Gupta in the hilltown of Manali at 2,000 metres above sea-level, some of the attention-grabbers are hand-painted wooden panels, furniture in plaid upholstery, a scattering of family photos and a display of antique shawls. Manali Heights, as it’s called, boasts of eight bedrooms, each one opening out to a mountain view. Care has been taken to work in a glass rooftop conservatory allowing sunlight to pour in during the harsh winter months.