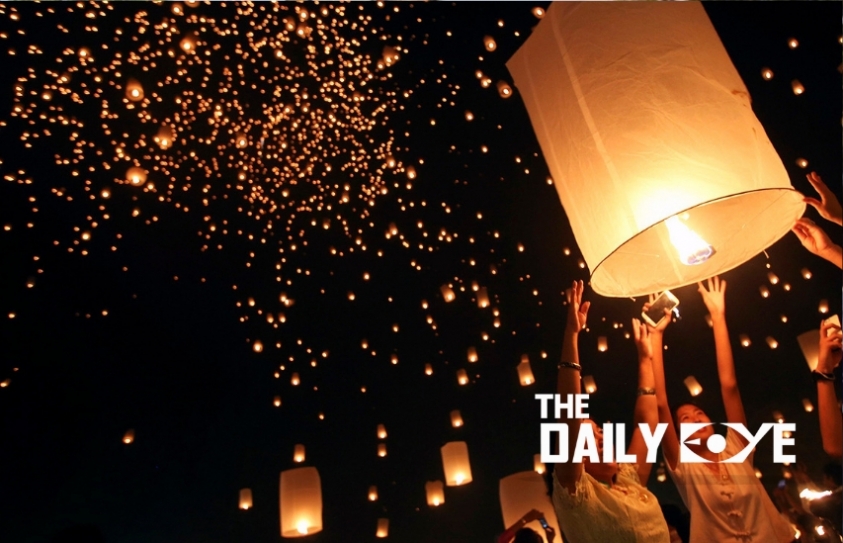 The Light Festival or the Lantern Festival in Thailand is celebrated on the evening of the full moon of the 12th month every year. According to the Thai lunar calendar, the city of Chiang Mai celebrates The Thailand Lantern Festivals of Loy Krathong and Yi Peng simultaneously over several days during the week of the full moon in November.  Actual dates in November fluctuate each year depending on the cycle of the moon.  The festivities are said to be over the course of a week but essentially the entire festival takes place over three days. 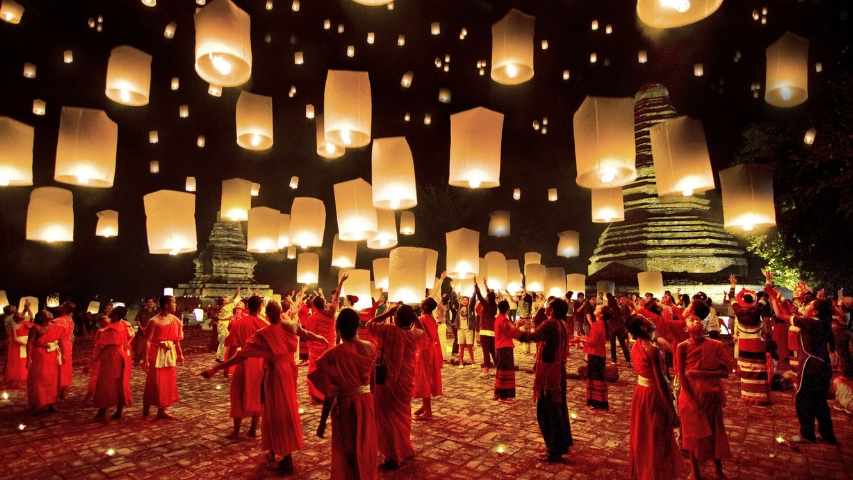 The festival is celebrated nationwide by releasing lotus shaped baskets, decorated with candles and flowers onto the rivers. During the 3 days of the festival, the city of Chiang Mai is covered in lights which are a pleasing sight. Interestingly, the city still uses candles to light the majority of the lanterns used in the celebration.  The inauguration of the festival is held by university students who will light candles along the rivers surrounding the old town. The entire Ping River area and bridges around the old city are lit up with hundreds and hundreds of small candles. Much of the surrounding old wall in the original city is broken down, however the university students use these ruins to set up dedication sites, where visitors can leave a candle as a devotion to someone not able to be there or whatever they wish. Hence, every single action plays a major role at the Light Festival.

On the night of the festival, Thai people make a wish as they launch their krathongs (a small container, traditionally made from a piece of banana-tree trunk, containing a candle, incense and flowers) on the rivers. Some people place hair and fingernails inside the krathong. By doing so, they want to float away their past mistakes and negative thoughts. It is a purification ceremony to enlighten the mind. Krathongs or “decorative floats” are sold around the city throughout the day for around $5 USD.  Each one is made uniquely of a banana tree base and covered with banana leaves, decorations, incense sticks, and a candle.  One can find the way down along the banks of the Ping River. When at the river, a moment of silence and reflection matters. The modern history of Loy Krathong is that the lights that are floated down the rivers are meant to symbolize the drifting away of bad luck and misfortune.  However, for many Thai people it is also an opportunity to honour the goddess of water.

The festival is filled with food, bazaars, parades, pageants, and of course lights! One could have a stress-less day after being a part of the celebration. The power of the sight of the Lantern being lit soothes the heart, mind and soul and makes the person calm. There are also a number of activities to enjoy. They have Handmade Krathong Contests, Yi Peng Kids contests, Boat Races, and small Air Balloon Contests. The Thapae Gate, an entrance to the old city, is also a hot spot for many activities.

Chiang Mai, Yi Peng Festival this year was mainly held in two places: Lanna Dhutanka Buddhist Center behind Mae Jo University and the Cowboy Army Riding Club in Mae Rim District. In 2019, Yi Peng Festival will possibly be observed in November but the time is not confirmed yet.

The Thailand Lantern Festivals of Loy Krathong and Yi Peng is an experience that should be on everyone’s Bucket List.