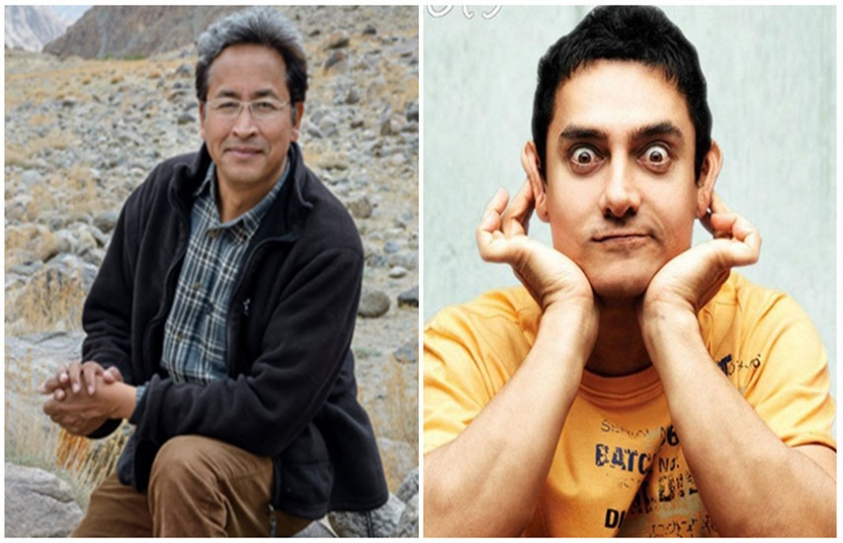 Viewers would remember having been left awe-struck by Aamir Khan’s many science experiments in the 2009 blockbuster 3 Idiots — now Sonam Wangchuk, the inspiration behind Aamir Khan’s ‘Phunsukh Wangdu’ character in the film, has gained further global recognition bagging the prestigious Rolex Awards for Enterprise 2016.
The awards were presented on Tuesday in Los Angeles to those “who have reshaped the world with their innovative thinking and dynamism”. Sonam’s “Ice Stupas” project is among the five winners this year at the awards.
Sonam Wangchuk, a 50-year-old Ladakhi engineer, has been attempting to solve the problem of lack of water for agriculture in the desert landscapes of the western Himalayas by building “Ice Stupas”.