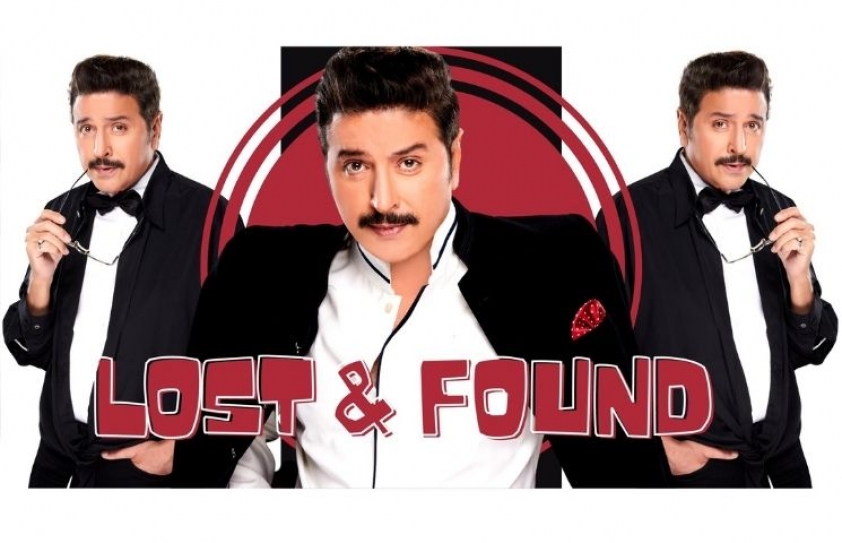 Film historian Dhruv Somani, rediscovers the prolific actor-producer Rajan Sippy of the 1980s, to engage him in a conversation on why he upped and left Bollywood to become a restaurant and entertainment entrepreneur in Dubai.

He was an actor-cum producer who gained popularity in the 1980s - an era when Jackie Shroff, Sunny Deol, Sanjay Dutt and Anil Kapoor were ruling the marquee. He steadily made his presence felt by appearing in big and small films. Producers would make a beeline to him since the top stars, overloaded with work were into three shifts a day. The young actor lucked out and signed several films.

Settled in Dubai, today Rajan is well known there ever since he created a dinner theatre, or ‘live’ events introducing fresh talent to packed audiences. Ever curious to know more about him, I tracked him down for a phone conversation. Excerpts:

Rajan, initially did you have any connections in the film Industry?

Yes, of course.  Everyone from my father to my uncles produced films. My father ran Asha Studios in Chembur, adjacent to the famed R.K. Studios. My chacha (uncle), N.N. Sippy was the most successful icon of our family whom we all looked up to. 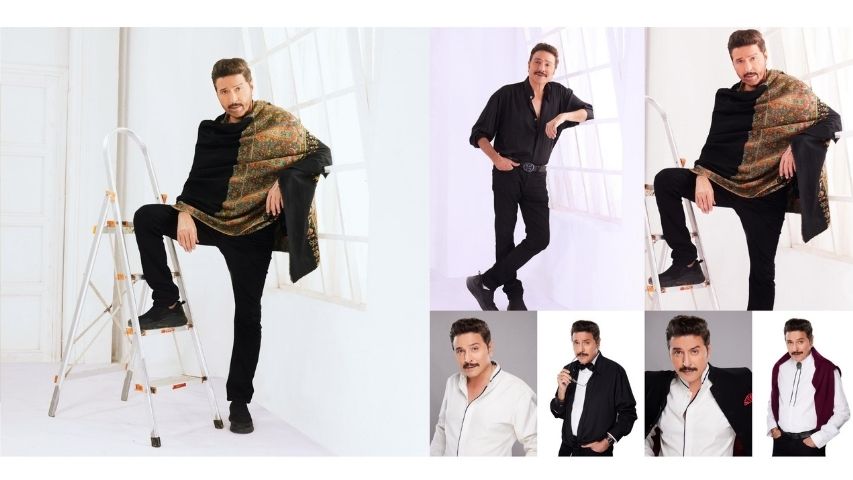 Which film did you debut in? According to Google it was Pyaase Honth with Rakesh Roshan and Ranjeeta.

Oh! Honestly, I don’t remember this film. To the best of my knowledge the credit titles of my later films like Awara Baap and Saamri, which both released in 1985, said ‘introducing Rajan Sippy’. Truthfully, my first release was a Sindhi romantic comedy titled Hal Ta Bhajee Haloon (Let’s Run Away). For Pyaase Honth (originally titled Tadap) I just did a screen test on the insistence of writer-director Charandas Shokh. He had always felt obligated to my father for recommending his suspense script to my uncle N.N. Sippy, which turned out to be Gumnaam. So technically, Pyaase Honth was just my look test.

Tell us about your experience of working in Awara Baap (1985) with superstar Rajesh Khanna along with Meenakshi Sesadri? Who was the heroine cast opposite you?

I carry a lot of cherished memories about Awara Baap. It was the first time when people saw a father-son dance sequence since Kakaji played my father and Meenakshi played my mother. The song Teri Umar was sung by Kishore Kumar and his son Amit Kumar. I was cast opposite a very nervous Madhuri Dixit with whom I had to go to Kashmir in the peak winters to shoot a romantic song. It was the first time Madhuri and I went on a shikara ride on the beautiful Dal Lake. Quite a few scenes were shot in Gulmarg, Sonmarg and Srinagar. 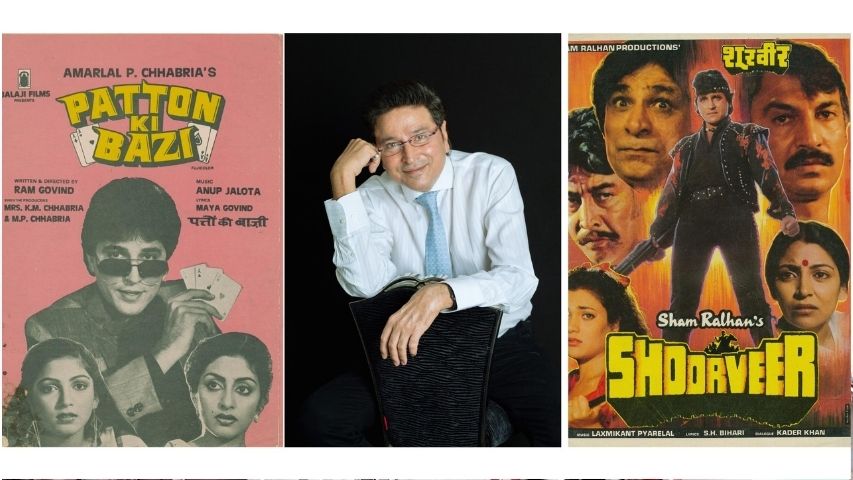 Can you rewind to your promising roles in Patton Ki Baazi and Kaanch Ki Deewar, both in 1986, and two years later in the title role of Shoorveer?

Raj Kapoor’s Shree 420 inspired Patton Ki Baazi, rags to riches story about how a village simpleton becomes a con man. I worked with two heroines Khushboo and Swapana. Khushboo with whom I had more scenes thought of me as an ordinary looking man in cotton trousers and creased shirts with oil in my hair but was pleasantly surprised when after pack-up she saw me all suited-and-booted, believe it or not in a raw silk suit. I witnessed a similar reaction with seetees (whistles) from the crowd at Bombay’s Super Cinema.

I remember doing a very tough mirror scene since I played a double role. The city guy vents his anger and frustration at my reflection as a simpleton in the mirror. The director Ram Govind had to really convince the producer Amarlal Chhabria to spend money on this scene. He agreed on the condition of only one take - he couldn’t afford more raw stock for retakes. Hence, I managed to do it in a single take, truly unforgettable.

Kaanch Ki Deewar had two iconic stars Sanjeev Kumar and Smita Patil. Seeing them perform was so enlightening. I did two songs with Smitaji. In Shoorveer I played the title role opposite Mandakini (who had become the darling of the nation after Ram Teri Ganga Maili). A song also featured a horse and a monkey, and in one stanza we shot in my housing society. So, there I was a hero in my own neighborhood.

You did two films with the horror kings, The Ramsay Brothers. The first one being Bollywood’s first 3D horror film Saamri 3D along with Arti Gupta, Asha Sachdev, Gulshan Grover, Prem Chopra and Jagdeep. The second was Dak Bangla along with Marc Zuber, Swapana, Aaloka, Mazhar Khan and Ranjeet. Can you tell us about the Ramsays?

I was an ardent Ramsay fan. After the success of Chota Chetan 3D, Ramsay and 3D seemed like a killer combination, which I couldn’t resist. I share good vibes with Tulsi, Shamu and Gangu who made me feel like family. By the way, my heroine Arti continues to be a great friend. We had a ball shooting in Madras. (Laughs) Even today, my nephews imitate me by dancing to Ladki Kaise Pataee Jaati Hai, my song from the film.

Dak Bangla was another memorable experience as I bonded equally well with Keshu, Kiran and their families. It was cool to act with Swapana, my co-star since we had already worked before. I could never have imagined that over the years these films would attain a cult status. 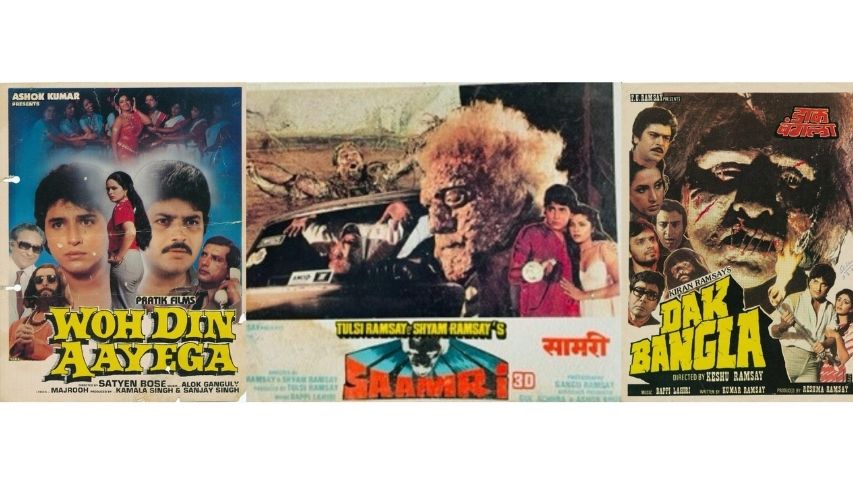 Oh, never thought of that, must be a coincidence. Anyways ‘A’ was always considered lucky. In Akhari Muqabala, Aakhari Kadam (title was changed to Woh Din Aayega) and Aurat Aur Patthar, I worked opposite one of my favorite heroine Divya Rana - she also moved to Dubai and we remain family friends.

Akhari Muqabala headlined Shashi Kapoor and Dharamendra. I played a painter (an undercover cop), while Divya helps me in my mission as she runs a local tea stall. Woh Din Aayega was a romantic comedy. And in Aurat Aur Patthar she was the Aurat while I was the Patthar (laughs), she was a college student and I was a ruffian. She had to silently tolerate my physical and mental torture.

I did another film Anjaam with Hema Malini, Shashi Kapoor and Parijat (seen in Yash Chopra’s Vijay). Directed by the renowned Hariharan from South India, we shot in Mysore. I was fortunate to do the film Sitapur Ki Geeta with Hemaji too. I played her younger brother who goes against her since she portrayed a dacoit and I a police officer – it was on the lines of Ganga Jamuna.

You produced the multi-starrer Shehzaade (1989) and then announced Maharaja, which became the talk of the town but was stalled. Can you share some moments from those days?

The family business genes had caught up with me. Shehzaade had a huge star cast where I did not cast myself. Raj Sippy directed my maiden production. We shot in parts of Kashmir, Bangalore and Mumbai. Maharaja, my next project was slated to be a mammoth one starring Anil Kapoor and Sridevi to be directed by Anil Sharma (Gaddar fame). Anil Kapoor was my childhood buddy as we grew up in the same neighborhood and celebrated our birthdays together - we are born on the same day, same year. Our parents too were family friends. Anil and I worked together in Amba. My bonding with him and Boney Kapoor continues to date. 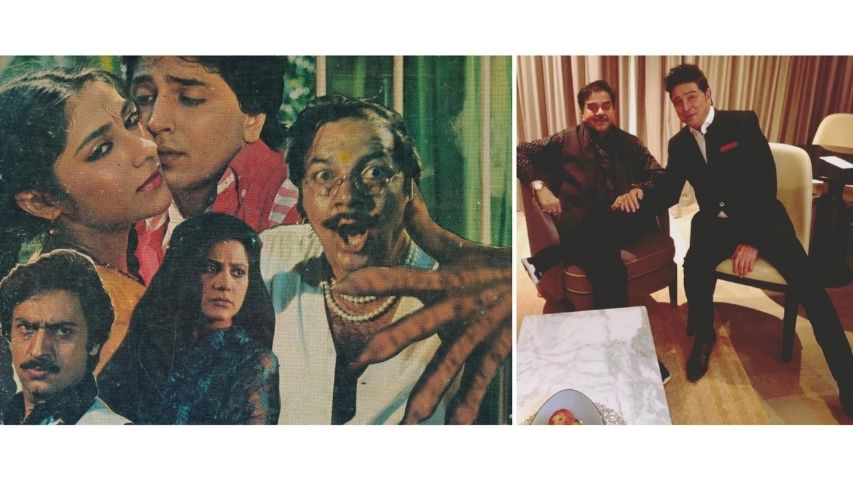 Just when you started to become popular you went away to the Middle East. Why? What happened there all these years?

(Laughs) My childhood buddies were instrumental for this shift. Anil Kapoor, Madhuri Dixit and Laxmikant Pyarelal were doing their first ‘live’ concert in the UK and the US. In lieu of my Maharaja dates, Boney offered me this show for the Middle East. By default, I entered an entirely different zone in the UAE. Bahrain and Oman were pioneers of ‘live’ shows after the super success of Anil Kapoor’s show My Name is Lakhan.

Soon other shows followed with various stars like Dharmendra and Sunny Deol, but it was the Dilip Kumar and Raaj Kumar concert along with Govinda, Divya Bharati, Kader Khan and Annu Malik, which became my big ticket to success. After this there was no looking back. Shows like Khan v/s Khan with Salman Khan and Aamir Khan along with Raveena Tandon, Manisha Koirala, Pooja Bhatt and Juhi Chawla followed. And so I was recognized as the impresario of the Middle East.

Next, I created my own dinner theatre where I mastered the craft of musical live events introducing new talents. Personal grooming and premiering ‘live’ shows night after night made my theatre a landmark of entertainment in Dubai.

Are you in touch with your friends and colleagues from the film fraternity over these years?

Yes, very much, I have been in touch with most of them since they visit Dubai often. I executed the production of my buddy Jackie Shroff’s film Boom starring Amitabh Bachchan, Katrina Kaif and Zeenat Aman. Old friend Pahlaj Nahalani’s Talaash with Akshay Kumar and Kareena Kapoor was also one of my ventures as an executive producer in Fujairah.

My stars of Shehzaade, Dharmendra and Shatrughan Sinha, continue to remain great friends. Shatruji and Poonam Bhabhi are very much a part of my family. I also launched his book ‘Khamosh’ penned by Bharati Pradhan in Dubai. 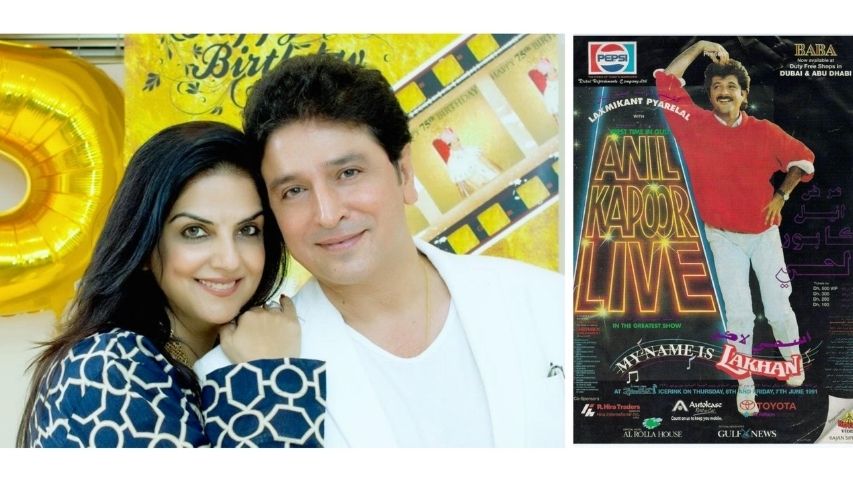 You enjoyed a clean image except once, when you were entangled in a controversy sparked by an annual issue of a magazine with a photograph with Kaajal Kiron, which had created quite a stir.

(Laughs) How can I forget that incident? It nearly broke my nine-year engagement. My fiancée’s family, which was conservative, was very upset. So we had to elope and get married in the middle of the night to ensure that both sides of the family would agree to get us officially married the next day. Thanks to this incident, I am happily married to my best friend with three lovely children.

Rajan, you still look camera-friendly. With the rise of the OTT platforms, there are limitless opportunities nowadays. Would you like to make a comeback?

My appearance and shape is currently presentable. The credit truly goes to my eldest child who is a health freak and my inspiration to eat healthy and workout healthy. Her sugar free diets are my mantra to stay fit.

I am well settled and established here in Dubai but I do have dreams to re-enter the film industry to complete my journey as an actor. I’m eager to collaborate with the gifted talents of the entertainment industry be it for films, OTT series, television shows and even advertising commercials since I have never done them before. The set- up today is more planned and professional. I don’t think I’ll find it difficult to fit in. I do wish to be rediscovered. After all, once an actor always an actor!