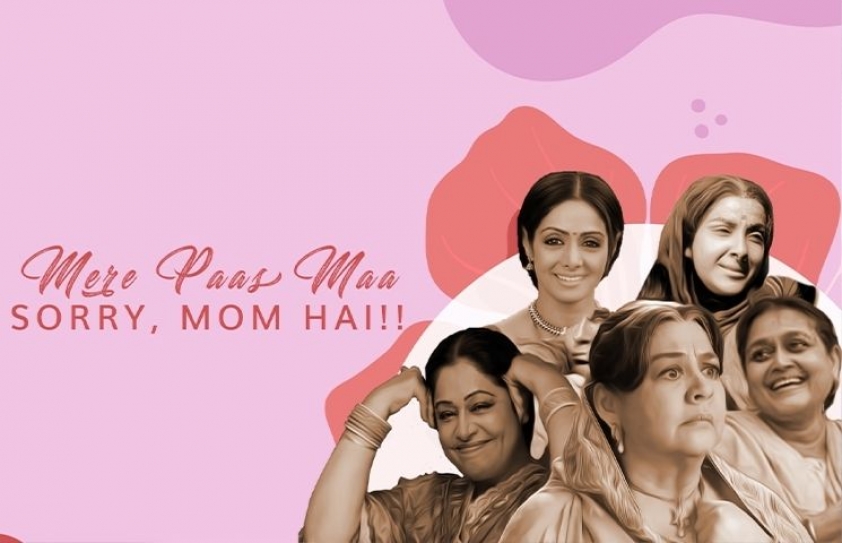 Right from the golden age (late 1940s, early ‘50s till the late ‘80s), the screen mothers were a critical and intrinsic component of most Bollywood movies. Family-fare, romance, comedy, even in the violence-prone products of Salim-Javed (courtesy the ‘Angry Young Man’) the mother-son relationship took center-stage. In fact, it was in one of their super-hit films, Deewar that the defining line - ‘Mere Paas Maa Hai’ featured, freezing the words and the moment forever.

However, contrary to popular belief, Nirupa Roy’s high profile and solid, consistent innings with Maa-dom was preceded by perhaps the most famous mother in movie history, Mother India. The 1957 classic showcased the enormous, untapped range of the 27-year old Nargis who pulled out all the stops to play a de-glam mother of two sons - gutsy, spirited, fearless, constantly battling against overwhelming odds to emerge victorious even at the cost of personal loss. The role got her applause, accolades and numerous awards in India and abroad. Her role and the film, however, was a bold departure from the general pattern that colored this persona - the coughing, virtuous, suffering, sacrificial, caring creature, forever kneeling over a dilapidated sewing machine, rustling up her laadla’s favorite goodies or gently cajoling him to get home a nice bahu! Lalita Pawar, Sulochana, Achala Sachdev and Leela Chitnis, were some of the actresses who epitomized this role to perfection. It would be fair to say that for around four decades, Hindi films were, largely, Maa-centric.

So whatever happened to the moong-ki-daal, aloo paratha and gajar-ka-halwa rustled up in record time for ‘mere laal’ by the beta-fixated Devis? Film critic Rauf Ahmed believes that this creature came with an expiry date and her time was up. He explains, “Post liberalization, tradition and innocence took a fatal hit and made a quick exit. A raw, blatant consumerist culture came center-stage. Overnight, revered attributes like restraint, moderation and sacrifice were flung to the trash bin, replaced by the power of acquisition. It was a nation and society in transition, in deadly fast-forward, and fittingly Maa-turned-Mom!” 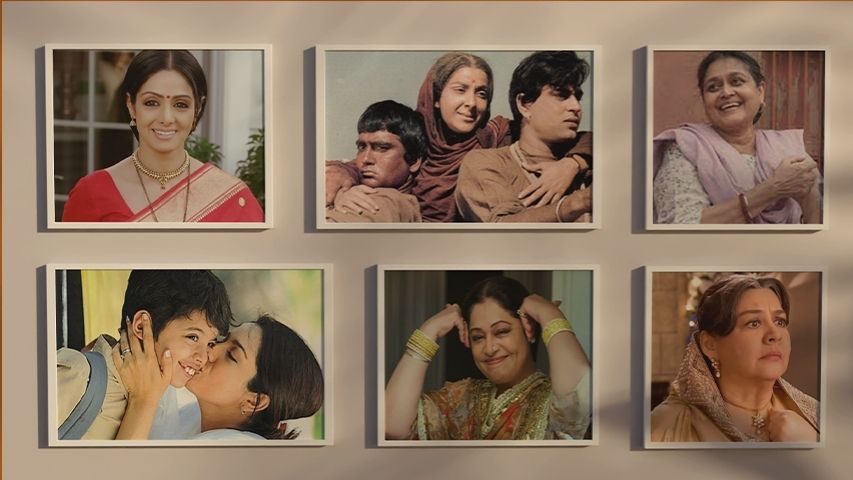 Filmmakers agree. Even high-profile directors like Mahesh Bhatt, Rakesh Roshan and the Yash Raj gang seemed to have pulled the trigger on the old-fashioned Maa. The general reaction and response was that in these new-age times, this creature would appear corny, fake and hopelessly out of place. Besides, adds another Bolly tracker, “Forget moms, even grand moms of today are so hip n’ cool and completely in sync with the world they live in! Sure these Daadis and Naanis love their grandkids, but they also (Vicky Donor) have a life of their own.” Veteran Bolly-watcher Promod Singhal adds his own bit to this debate. “It’s simple. If you track some of the biggest hits of recent years, you will notice that not one has a mother in the central role, or of any significance. Thrillers, romance, drama, comedies - where does dear Mother India have a hope in hell to get a look-see, forget starring role!”

Sad but true! And not everyone is happy about screen-moms being handed the VRS (Voluntary Retirement Service). Screenwriter, actor and theatre person Amole Gupte (Taare Zameen Par) offered Tisca Chopra a solid flesh and blood part, which, even today, is remembered and talked about. Eminent filmmaker, Gulzar, gets it spot-on however with his perspective: “Technology is a reality and because of that, modes of self-expression have changed. Hurried, stolen looks and meetings have been replaced by mails and SMS. Similarly, with the march of time, the contours of the mother-son relationship, too, have changed. She is no longer somebody to be blindly worshipped and revered, but loved, understood and respected. The challenge for today’s filmmakers is to attempt to strike the right balance - present the new-age Maa in a contemporary, credible and relatable way, and make Mom a buddy and confidante without eliminating the core attributes that define the basic tenets of a mother-son relationship.” If Kiron Kher’s hysterically hammy and ludicrous take in Dostana was any indication, or the ghisa-pitta Rekha-Hema turn in the recent bomb, Sadiyan, then Gulzar Bhai’s suggestions will be tough to crack. Thank God for sweet, charming, realistic portrayals like Supriya Pathak’s in Wake up Sid and the fantastically path-breaking performance of Sridevi in English Vinglish.

So will ‘Maa’ return? Have the mother-son vibes lost its popular draw? Are gajar-ka-halwa and aloo paratha out of fashion; replaced by burgers, pizza and coke? You tell us, guys!