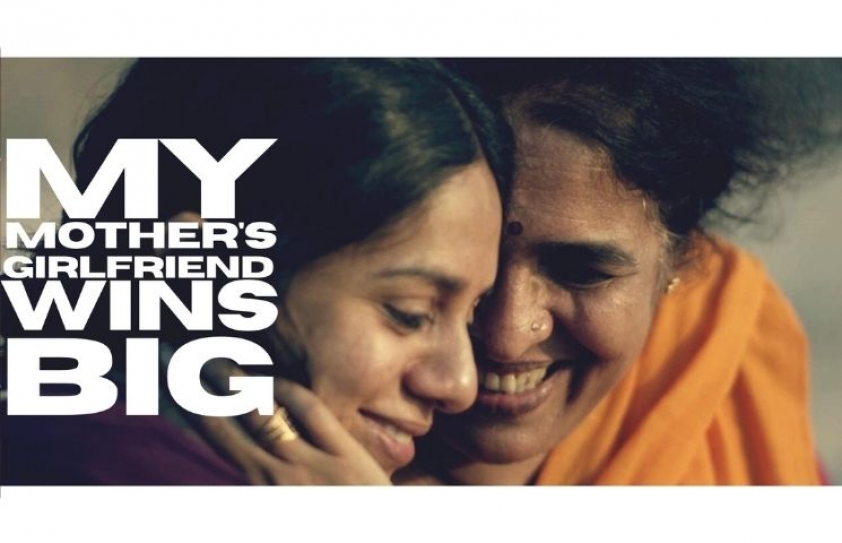 ‘It’s a crowd pleaser that is politically very compelling’ says the Jury.

Sridhar Rangayan, festival director of KASHISH Mumbai International Queer Film Festival said, "This film is really special since it explores a relationship between two elderly women from a middle-class background, and by juxtaposing it with their respective religions, makes the film absolutely unique. Arun Fulara and the team have imbued the film with such beauty and tenderness, it is sure to go far in reducing stigma around such relationships. Saagar Gupta and I are delighted by this news of the film winning an award at one of the best short film festivals in India. It underlines KASHISH's commitment to producing films with diverse LGBTQ+ narratives that touch hearts and awaken minds to different realities that exist amongst us, but that often remain buried and invisible”.

Speaking on the occasion, Fulara said, ‘I am absolutely thrilled to win at a festival that has such a great lineage and pedigree of films and filmmakers they’ve championed over the years. The KASHISH QDrishti Film Grant was a huge vote of confidence and gave us the belief and strength to start working on the film even as the pandemic raged around us. More than the money, the continuous support and feedback provided by Neeraj and the team at KASHISH including Sridhar and Saagar has been a huge source of strength to the team and me. This film has reinforced my belief that if you set out to do something good with clean intentions, then the right people will come along to make your dream a reality.’

Regarding the film, he said: ‘We are really glad that audiences across the world are connecting with our film. I believe in the power of cinema to influence people and society and want to use that to good ends. Through this film we hope to not just reflect reality but also present a hopeful picture of how things can be. I hope to screen the film at as many places as possible as it can serve as a catalyst for dialogue amongst people. Even if we are able to nudge a few people towards opening their minds and accepting love in all its myriad forms and manifestations as equally valid, we would have achieved our goals.’ 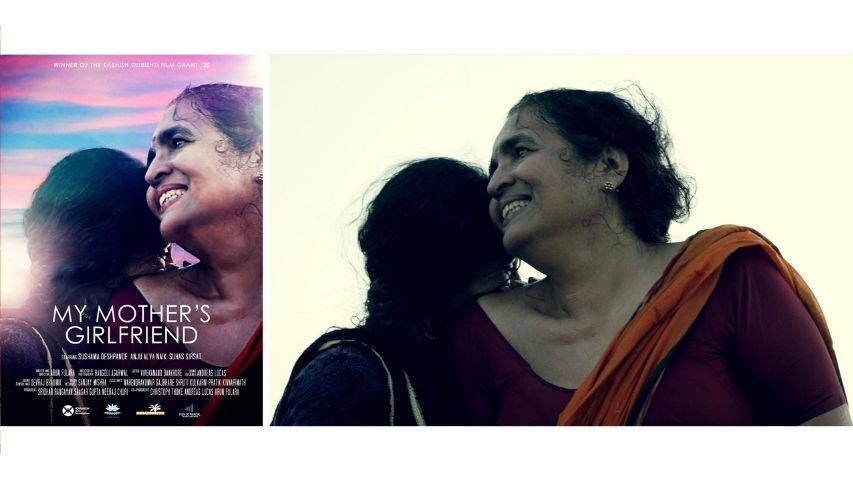 Producer Neeraj Churi of Lotus Visual Productions said: “We started sponsoring the KASHISH QDrishti grant 7 years ago to encourage filmmakers in India to make LGBTQ+ themed films. The award for Arun's film ‘Mazhya Aaichi Girlfriend’ goes to show that queer stories can resonate well with broader audiences due to the universality of human emotions. The worldwide praise to this film reaffirms our commitment towards producing and promoting more Indian LGBTQ+ themed films that bring out the hopes, desires, aspirations, and struggles of the LGBTQ+ community to wider masses across the world. The success of this film also goes to show the power of Marathi and other regional Indian cinema in bringing about unique and powerful stories to the audiences. We hope the film industry encourages and rewards daring and talented filmmakers like Arun”.

The award was handed over by Mr. Saji Cheriyan and Mr. K.N. Balagopal, the Ministers for Culture and Finance respectively in Kerala State Government at the closing ceremony of the festival held on Tuesday, December 14 in Trivandrum. The jury for the short film award consisted of acclaimed filmmaker Leena Yadav (Parched), the writer, filmmaker and creator of the popular ‘Inedible India’ comic page on Facebook Rajesh Rajamani, and the young award-winning filmmaker Tomy Christo.

In their citation for the award the jury said: “Mazhya Aaichi Girlfriend is a beautiful film that is easy to fall in love with. Its powerful commentary on love, sexuality, gender, age, class and religion is seamlessly woven into the narrative. A crowd pleaser that is politically very compelling!”

Veteran film and theater actor/writer Sushama Deshpande (Ajji, Vhay Mi Savitribai) plays the title role of the mother in the film, while actor Suhas Sirsat (Deool, Killa, Sacred Games, Ratris Khel Chale) plays her son. Anju Alva Naik (Arishadvarga, Candy) a seasoned theater and film actor from Bengaluru plays the role of the girlfriend in the short film. Audiences worldwide have appreciated the performances in the film, especially the realistic and bold performances by the two leading ladies Deshpande and Naik. A reviewer said, “Deshpande’s endearing performance brings out the mischief, love, and emotions of her character beautifully as we are drawn into her world”.