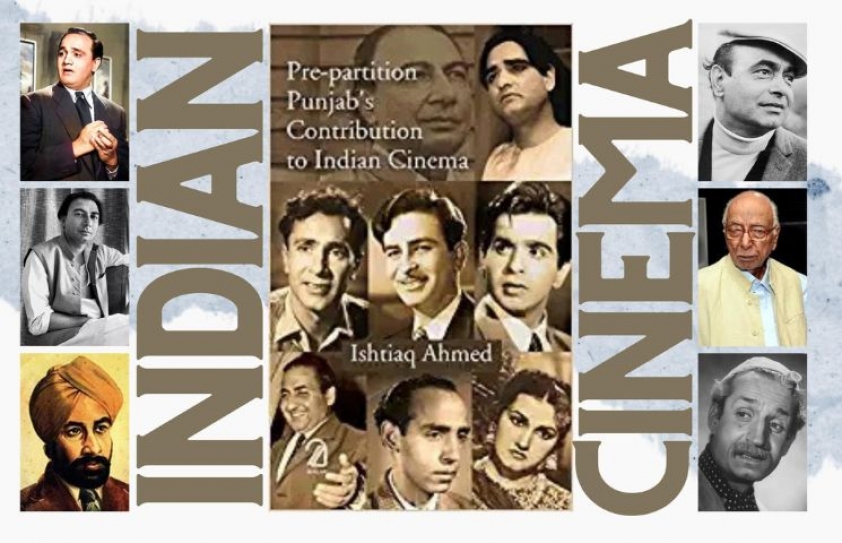 Professor Ishtiaq Ahmed delves deep into the Partition phase. And here comes in focus the leading artists and creative folk who had to shift base from Lahore, writes Humra Quraishi.

August is ‘happy birthday time’ for several Bollywood stalwarts. Gulzar saab would be celebrating his 88th birthday on 18th August (he was born in 1934), Vinod Pande his 82nd on the 15th August, Vyjayanthimala Bali her 86th on 13th August. And if she was alive, Meena Kumari would have  turned 89 on 1st August.

Whilst on Bollywood, I’m tempted to focus on this recently launched book connected to men and women who reigned the film scene in Mumbai. Perhaps, they were destined to be part and parcel of India’s film industry, after going through major upheavals during the Partition of India. All of those details are so well put together in this book titled ‘Pre-Partition Punjab’s Contribution to Indian Cinema’. Published by Aakar Books and authored by the well-known academic Ishtiaq Ahmed.

Professor Ishtiaq Ahmed delves deep into the Partition phase. To be precise, to all the who’s who affected with the upheaval, with the inevitable shifts, and the aftermath. And here comes in focus the leading artists and creative folk who had to shift base from Lahore. To quote him, from this book: “Beautiful Punjabi men and women headed towards Bombay and Calcutta, because in the formative years the Lahore film industry had limited capital, and essentially produced Punjabi language films, which had limited outreach. Villains, character actors, comedians, bit actors, story writers, scriptwriters, song writers, music directors, directors, producers, filmmakers, studio owners from the Punjab - all those who sought employment opportunities and nurtured ambitions to make a name for themselves at the all India level - headed towards Bombay and Calcutta. The advantage they enjoyed over other nations from South Asia was their Urdu-Hindi (Hindustani) language skill. The competition they faced was from Urdu and Hindi speakers of Northern India, Bihar, and the princely state of Hyderabad in southern India.” 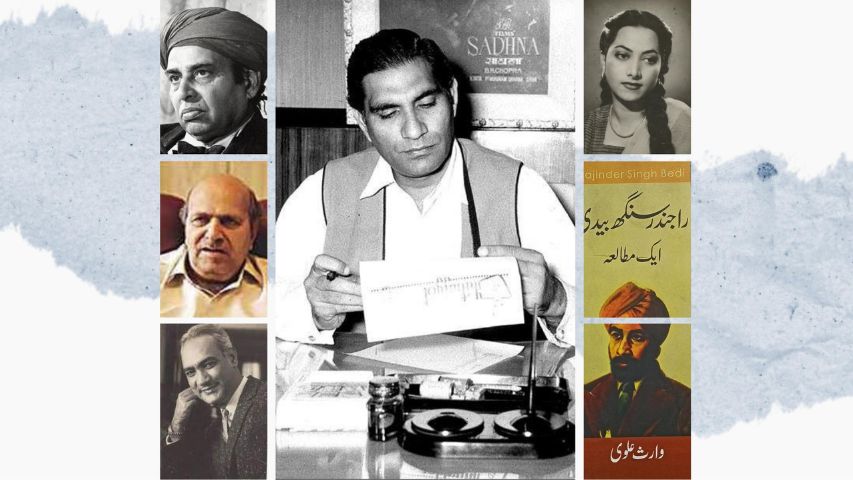 In this book Ishtiaq Ahmed has brought forth several other details, which many of us wouldn’t have been aware of. To quote him, “The rioting of 1947 set in motion irreversible, irrevocable migration. B.R. Chopra and I.S. Johar were planning films in a big way for Lahore but had to run for their lives. Ramanand Sagar left in July, as did Gulshan Rai. Comedian actor Om Prakash (of Fateh Din fame, an all time favorite skit by Radio Lahore), comedian bad-man Jeevan and many others also left Lahore for Bombay. O.P, Nayar recorded the immortal song ‘preetam aan milo/dukhia jiya bullai, aan milo’ at His Master’s Voice studio in Lahore. He left Lahore in 1948 when it became clear that people with the wrong religion were not going to return to their home on either side of the Punjab. Writer Rajinder Singh Bedi escaped, sitting on top of a railway carriage carrying loads of Hindus and Sikhs out of Lahore. Songwriter Naqsh Lyallpuri began his literary career in Lahore as a journalist but had to leave Lahore in 1947. Punjabi singers Surinder Kaur and Prakash Kaur, and Pushpa Hans also left Lahore. Music director Sardul Singh Kwatra was bewitched by a Muslim woman he loved, but had to leave for India at the time of  Partition.”

And Ishtiaq Ahmed does not miss out detailing the migration, which took place in the other direction too! Yes, he  brings into  focus  all those literary and film connected personalities who headed towards Lahore: “Nazir and his wife Swaran Lata, Noor Jahan and her husband Shaukat Hussain Rizvi, character artist Alauddin and many others  headed for Lahore. Manto came in January 1948, music directors Ghulam Haider and Khurshid Anwar followed some years later, and director M Sajid in 1969 or 1970. Meena Shorey, Khurshid and Mumtaz Shanti also migrated to Lahore.”

What can be also termed noteworthy is that many of these well known clans stood divided at the turn of Partition; some shifting out, others staying back.” While Nazir shifted to Lahore, his nephew K Asif stayed on in Bombay. Kardar stayed on but his brother Nusrat Kardar and son Rauf Kardar returned to Lahore. While Suraiya, her mother and grandmother settled in Bombay many of her other relatives shifted to Lahore.”

In this book, Ishtiaq Ahmed  has brought to the fore a long list of those who made Bollywood! Or Bollywood made them! And what stands out is the author’s personal interactions with many of the leading film stars he has written about in his book.

Though settled in Stockholm, he has kept in touch with several of Bollywood’s well respected folk whom he has written about in this book. After all, such detailed books can only be written if the author carries that deep-passionate-genuine connection with the subject. Quite obviously, Ishtiaq Ahmed has written this book with an emotional connection with the filmstars. As he comments right at the start, in the very preface to this book, “The idea of publishing a book on Punjab’s contribution to Indian cinema has tempted me for a  long time. An incorrigible film buff, my career as an academic, however, demanded that I devote first and foremost attention to the harsh and stark reality of politics, power, democracy, dictatorship, the state, government and citizens. Such concerns apparently were far removed from cinema. But not quite.”