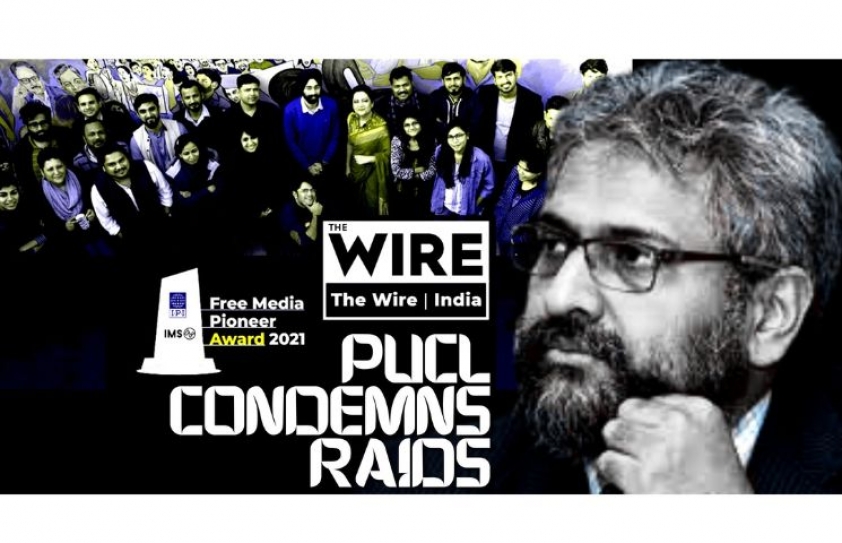 The PUCL strongly condemns the raids on the residences and office of senior editors of the news portal, The Wire, in New Delhi and Mumbai, reports The Daily Eye Newsdesk

And, manhandling of the lawyer, Mr. Shadan Farasat and other staff members of The Wire. The raids followed a First Information Report (FIR) registered in New Delhi on the basis of a complaint filed by the Bharatiya Janata Party (BJP) National Information and Technology department in-charge, Amit Malviya. The allegations pertained to cheating, forgery, defamation and criminal conspiracy.

It is significant to point out that on 23rd October, 2022 itself, The Wire formally retracted the story (which is the basis of the complaint by Amit Malviya) after an internal review revealed discrepancies. The retraction was carried as a prominent article in the Wire with the title, “The Wire Retracts Its Meta Stories”.

The Wire very clearly, openly and unambiguously explained the reason for the retraction saying, “Given the discrepancies that have come to our attention via our review so far, The Wire will also conduct a thorough review of previous reporting done by the technical team involved in our Meta coverage”.

What is shocking is that despite the unambiguous retraction and the public candour accompanying the retraction, the Delhi police have used the complaint filed by Mr. Malviya as an opportunity to register a more sinister FIR involving cheating, forgery and criminal conspiracy as a cover to target The Wire and its staff.

On the basis of these trumped up charges, the Delhi  Police Crime Branch arbitrarily conducted search and seizure operations at the homes of The Wire’s founding editors, Siddharth Varadarajan, M K Venu and Sidharth Bhatia as well as the deputy editor, Jahnavi Sen and product-cum-business head, Mithun Kidambi, relying on notice under Section 91 of the Criminal Procedure Code, 1973. The raid at the house of the latter was conducted past midnight at around 2 a.m. on 1st November, 2022.

Even if, for argument’s sake, the police wanted to pursue the complaint by conducting an enquiry, all they needed to do was call the Editors of The Wire along with the necessary evidence of their articles. The fact that the Delhi police decided to dramatically raid the residence of Siddharth Varadarajan, MK Venu and others shows that their intention was not to pursue an enquiry but to conduct a witch hunt by making a spectacle of the search.

What makes the police’s actions suspect is that they conducted the search and seizure despite knowing fully about the public retraction of the stories, which formed the basis of the criminal complaint. The intention was clearly to browbeat the Editors and to scare other media persons of their fates if they dared to challenge the ruling interests. 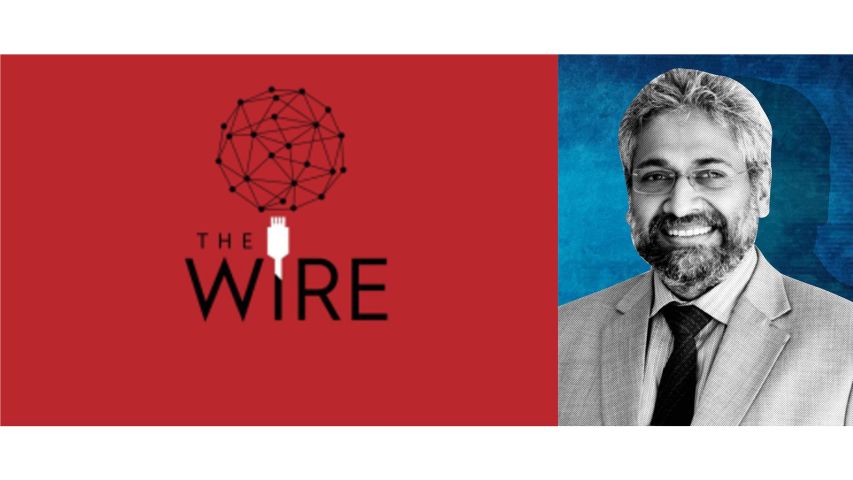 According to a report published by `Newslaundry’, sixteen devices were seized from the office of The Wire. Two phones, a tablet and a laptop from Varadarajan, a phone and a laptop each from Venu, Bhatia, Sen and Kidambi, and two hard disks from the accounts department’s computers were among the devices seized. A reporter’s phone and the computer he worked on at the Wire’s office were also taken away in Delhi. In addition to these devices, the Delhi police also asked the four editors and Kidambi to remove passcodes from their phones and laptops, and to provide passwords to their official and personal email accounts. Three staffers were asked for passwords to their official email accounts while another was told to give passwords to both official and personal email accounts.

It should also be noted that the Crime Branch did not follow the requisite procedure as it took away devices from the news portal’s New Delhi office and from the homes of those raided without providing any hash value, i.e., the numeric value that uniquely identifies data lodged in an electronic device at any given point in time.  There are legitimate concerns that absence of a hash value leaves the door open to planting material on the digital devices.

The blanket access so taken by the Crime Branch of the information on the devices seized also raises serious privacy concerns and is violative of Article 20(3) and Article 21 of the Indian Constitution. Concerns have been raised time and again on the arbitrary exercise of the powers of search and seizure by the law enforcement authorities of digital devices, especially since the existing legal provisions are highly insufficient and fail to provide any procedural safeguards for the same.

The Supreme Court has recently issued notice in petitions filed before it by academics and journalist bodies for guidelines on seizure of digital devices and the matters are currently pending. Forcing an accused to reveal the password of his or her electronic devices runs afoul of the right against self-incrimination. A Special CBI Court in Delhi has come to this conclusion based on an interpretation of the scope of  the Supreme Court judgment in `Selvi v. State of Karnataka’.

The PUCL strongly condemns this targeting of The Wire and the arbitrary raids as well as the  search and seizure operations carried out by the Crime Branch as nothing but another brazen attempt to intimidate and silence independent media from performing its professional role. It should be pointed out that the current ruling dispensation has been targeting The Wire, and especially its founder-editors, Siddharth Varadarajan and MK Venu, because it has been at the forefront of investigative journalism, which has repeatedly spoken the truth to power and sought to keep the executive accountable.

It is this important work done by The Wire, which is the real reason for the raids.

We in the PUCL stand with The Wire and condemn what is a blatant attempt to snuff out independent media voices. The PUCL demands that the Delhi police cease this persecution in the guise of a prosecution, drop all charges and return the seized electronic devices seized during the raids back to the people from whom they were seized. Letter signed by: Dr. V. Suresh, General Secretary, PUCL