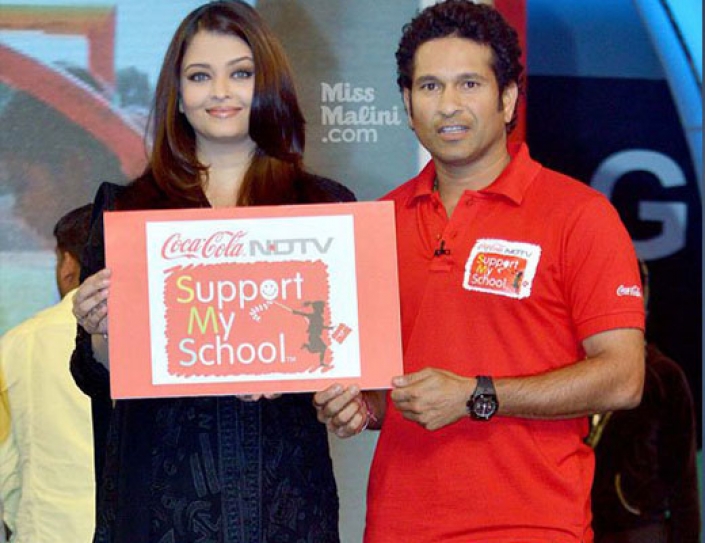 The Coca Cola – NDTV ‘Support My School’ campaign raised pledges worth Rs 13.6 crore towards the revitalisation of 272 schools across India via a telethon led by cricket legend Sachin Tendulkar and Bollywood actress Aishwarya Rai Bachchan.  The telethon, which marked culmination of a six-month long fundraising drive, received pledges from several organisations and individuals alike, with significant contributions from donors such as Tetra Pak, Hindustan Coca-Cola Beverages Pvt Ltd, SRF Foundation and UN Habitat, towards raising the amount. The Coca-Cola Foundation committed Rs 2.5 crore for the purpose. For the first time ever, the 12-hour telethon which began 9 am and finished at 9 pm was also being streamed live on Sachin Tendulkar’s Facebook page and also on video sharing website YouTube. The second edition of the ‘Support My School’ telethon, held at Yash Raj Studios in Mumbai was kicked off by Coca-Cola India & South West Asia president and CEO Atul Singh, NDTV India CEO Vikram Chandra, campaign ambassador Sachin Tendulkar and Aishwarya.