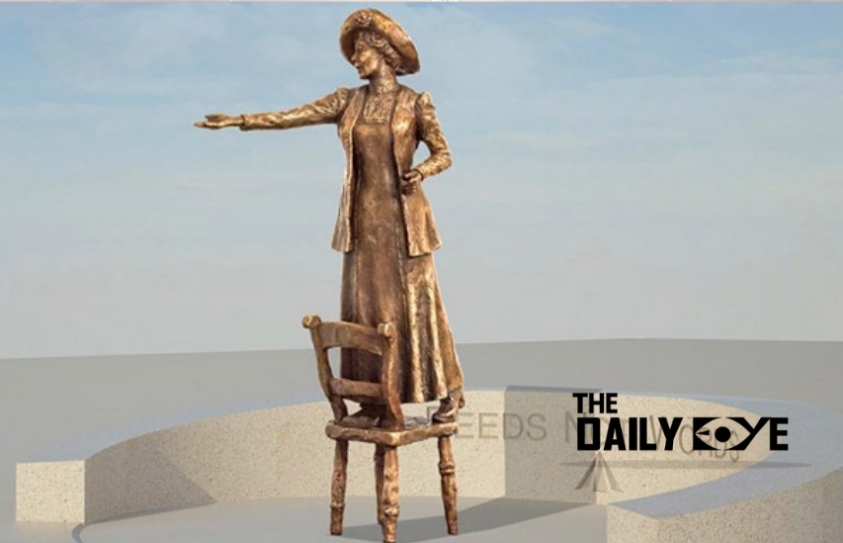 A statue of suffragette Emmeline Pankhurst has been unveiled at St Peter's Square, Manchester in front of thousands of people. It is said to be the first statue of a woman in Manchester since Queen Victoria was unveiled in Piccadilly Gardens in 1901. Emmeline Pankhurst was a British political activist and leader of the British suffragette movement who helped women win the right to vote. Hence, the statue named ‘Our Emmeline’ was unveiled 100 years after the first women voted in a UK General Election.

Emmeline was the overwhelming winner in a public vote three years ago to choose which woman should be immortalised in bronze, beating the Victorian novelist Elizabeth Gaskell, the anti-racism campaigner Louise da-Cocodia and “Red” Ellen Wilkinson, the Labour cabinet minister and leader of the Jarrow March. 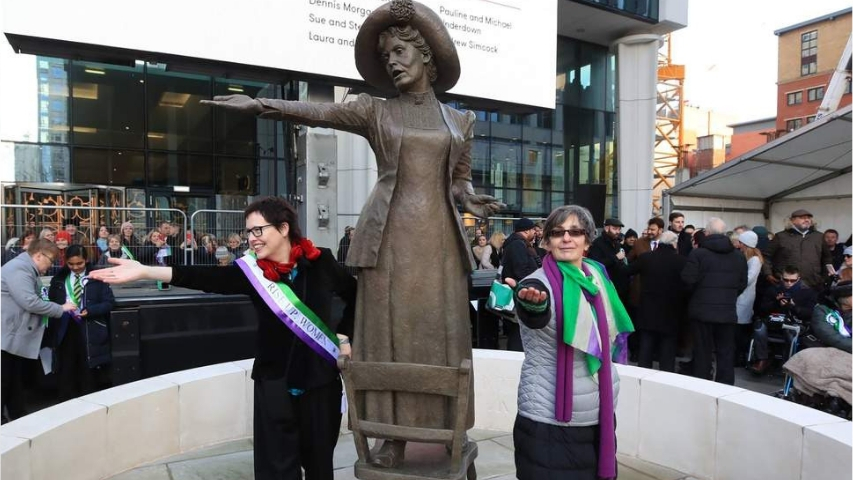 The 8ft bronze statue was sculpted by Hazel Reeves who called ‘Our Emmeline’ portrays the activist standing on a chair as if to address a crowd, with her hand outstretched. Ms Reeves, producing the tribute to the Moss Side-born activist, said it had been a ‘long, long time coming.’ The statue was funded as part of the Government Equalities Office's centenary fund.

She told a crowd of thousands gathered on 14th December that the new addition to St Peter's Square is dedicated to ‘the modern day Emmelines and future generations of Emmelines.’ Reeves said that her image shows Pankhurst ‘urging women to rise up.’ Helen Pankhurst, the suffragette’s great-granddaughter, was among those who unveiled the “Our Emmeline” statue on the big day. Along with her was a 12-year-old Fatima Shahid, a pupil at Manchester Enterprise Academy, who told the 6,000-strong crowd that she hoped this was “just the first” of many Mancunian women who would be honoured in sculpture form. That clearly explains that more women statues are to be expected in the coming years.

About 1,000 schoolchildren were among the many who marched to St Peter’s Square for the unveiling, chanting “deeds not words” as the bronze sculpture was revealed. They also danced to Sisters Are Doin’ It for Themselves by Aretha Franklin and Annie Lennox and waved homemade banners. One had felt-tipped “I would rather be a rebel than a slave”, one of Pankhurst’s most famous sayings, and surrounded it with red hearts.

Metrolink, which runs Manchester’s busy tram system, agreed to pause the trams through the square during the event, to ensure the warning horn did not ruin the moment. Didsbury councillor Andrew Simcock, who began the campaign for the statue, said ahead of its unveiling that the event would ‘be a coming together of people to celebrate Emmeline and her legacy and to also celebrate the essence of Manchester, as a place of progression, inclusivity and ground-breaking ideas.’

Minister for Equalities, Baroness Susan Williams told the crowd “As a councillor in Trafford for 13 years I'm really proud of Manchester's role in the history of women's suffrage, and, though it's taken one hundred years, I can't think of a better choice than to honour Emmeline Pankhurst in this way.”

“The legacy of Emmeline meant that I could become a councillor and council leader,” she added.

Pankhurst isn't the only women's rights activist being celebrated in Greater Manchester today. A statue dedicated to suffragette Annie Kenney - a working-class woman who helped spearhead the campaign for universal suffrage - is also being revealed in Oldham.