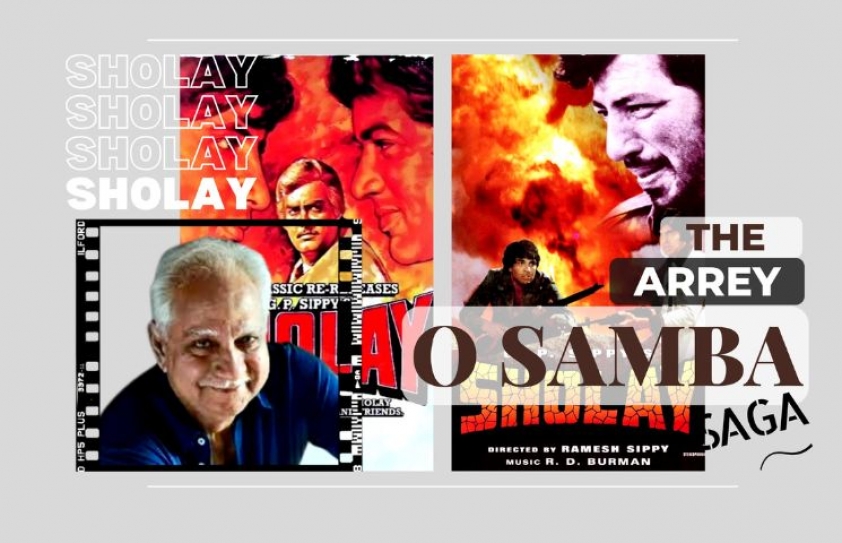 Monojit Lahiri does a flashback to the iconic Arre O Samba Saga and revisits the biggest hit of Indian cinema Sholay!

When a four-line narration (of a Senior Army Officer’s family getting wiped out and the officer remembering two junior officers, who were court-martialed for indiscipline, rascals but brave and enlists them in his mission for revenge) by script-writers Salim-Javed to young director Ramesh Sippy and his hot-shot producer dad GP Sippy in the early seventies, no one could ever in their wildest dreams imagine it would explode into a SHOLAY!

Reams have been written about its “soaring imagination and the way the story has been told, the vitality of its barren, scorching landscape, the demonic passion that powered directorial conviction, allowing a tale to be developed fully and embellished with the required rhythm and texture, the amazing chemistry between cast and crew, stars and their respective roles, fable-like tale detailed into an unbelievable script, the skillful juxtaposition, in seamless fashion, of the traditional and modern, and finally, the grand sweeping vision, the epic scale that gained weight, size and ambition with each new day,” in the words of author-journo-TV anchor Anupama Chopra. Amazingly, this classic has been loved by generations, zillions of whom were not even born when it first released!

Naseeruddin Shah’s dismissive statements about this film in his excellent bio may come as a shock to many, but not to those who know where this art house hero and commercial films zero is coming from. His unkind remarks reminded me of the mockery, taunts and ridicule (arre o samba, hall mein kitne aadmi the?! Interval mein yeh kaisa sannata bhai??) greeted the first screening of Sholay at Minerva theatre in Mumbai’s Lamington Road. As a film-journo based in Kolkata contributing to several Mumbai’s leading film magazines, I happened to be there for that momentous first show and there was hardly one kind word from any one of the media. 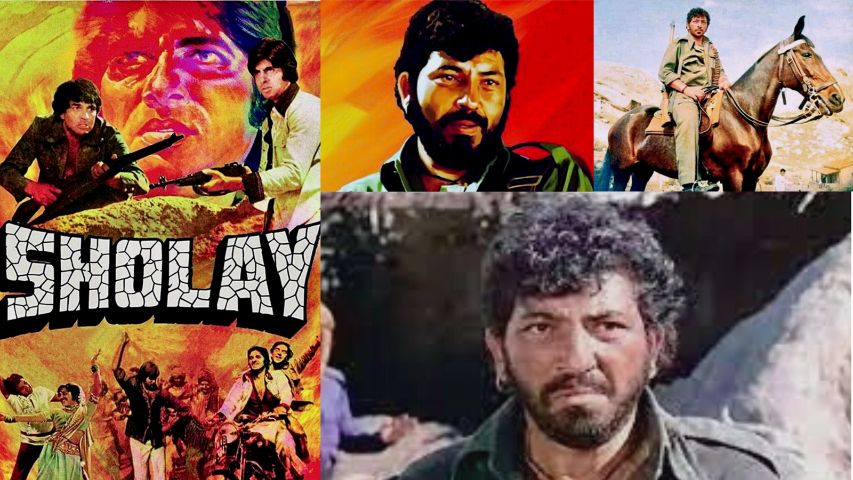 They just couldn’t figure out what was going on! Why did the new big star - post Zanjeer and Deewar - have to die? Why was the gifted Jaya given such a small role? What was this rehash of Sergio Leone’s curry Westerns, Mera Gaon Mera Desh and several other ‘inspirations’ trying to say, and who the hell was this weird, eccentric, uncouth villain Gabbar Singh speaking “a mix of khadiboli with a flavour of Avadhi, and belonging to somewhere between Mexico and Uttar Pradesh?!”

It was generally deemed too violent and imitative and the general impression was that it could never ever hope to recover its huge costs. It was doomed to be a spectacular failure. Dubbed CHHOLE by some malicious people, the first few weeks were greeted with deafening silence, convincing the cast that it was doomed.

Ramesh Sippy insisted that from day one, the public actually liked it, but the media’s blitz of negative reports scared them off and many refused to see it, convinced that it was worthless. Also, the filmmaker believed that when anything new arrives on the scene, it tends to confuse and bewilder people, initially because it is challenging the traditional norms, beliefs and conditioned mind-sets, causing discomfort. The plot, storyline, language, locale, villain were all new beasts to contend with for a constituency, which traditionally associated dacoit films with the Chambal Valley ravines or deserts of Rajasthan, head-gear and tikka on the forehead, dhoti-clad with fire in the eyes of a desperate soul who turned bad because he was wronged by the system or evil zamindar.

Further, city-slicker-mercenaries were also a new animal embracing this genre. I remember Javed Akhtar once telling me, during an interview in the early 90’s, that the idea of the special lilt and language in terms of dialect, look n’ feel of Gabbar Singh came about after a conversation with the director, who once returned from seeing a curry western “very taken up by both the inarticulate language and body language of Eli Wallach. Uncouth, unkempt with a garbled, uniquely expressive dialect, Ramesh-ji seemed genuinely excited about the way the actor communicated. That could have been a possible trigger into our Gabbar characterisation.”

While different people today have different reasons to love Sholay, super performances, stunning locale, amazing soundtrack and of course, matchless dialogues, social commentator Santosh Desai points out that contrary to the flavour of the 1970’s, “there was no predictable grand theme running underneath the narrative, no archetypal conflict or deeper psychological needs and little by way of re-assertion of revered cultural truths. Ironically, it is in the things it chooses not to do and steps lightly over, that the key to the timelessness and universality of its appeal lies. It is ultimately a powerful story about people who are familiar but whose way of life or dilemmas do not strike a note of collective resonance - family values, societal order, mother-son frisson - rendering it beyond the pale of a typical stagey Hindi film.”

In conclusion, for over 4 decades, Ramesh Sippy could well have heard only one sentence from an Industry dying to replicate the iconic, classic, timeless Sholay, ‘Arrey, oh Sippy, tera secret mujhe de de munna!!’