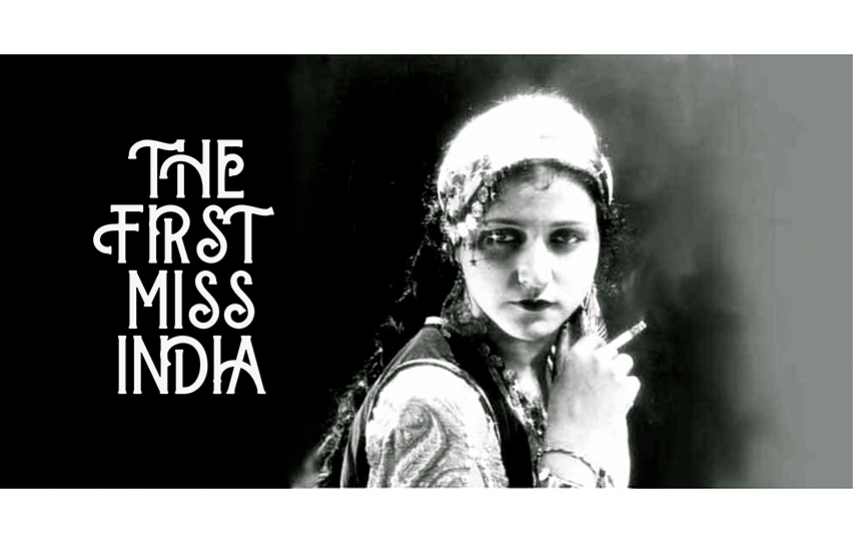 It’s surprising that no biopic or web series has been attempted so far on the believe-it-or-not life travails and the uncrushable spirit of Esther Victoria Abraham (1913-2006), aka Pramila. She starred in as many as over 30 stunt films and social dramas, right from Return of the Toofan Mail (1935), which was never completed though, and was last glimpsed in the role of a feisty grandmother at the age of 89 in Amol Palekar’s Marathi film Thaang.

Pramila had scored many firsts in Bombay’s glamour business. At the age of 31, and pregnant, she was crowned the country’s first Miss India in 1947 - the year of India’s independence - at a ceremony conducted at Liberty cinema. She went on to become the first woman film producer; fifteen films were made by her, under her banner Silver Productions. Her daughter, Naqi Jahan, was also adjudged Miss India in 1967. They remain the only mother-daughter duo to have been crowned at the high-profile event.

To go back in time, Pramila’s dramatic life story had taken an ugly U-turn when she was jailed by Morarji Desai, Chief Minister of Bombay State from 1952-’56, on the charges of spying for Pakistan. The charges proved to be unfounded, since it was established that she would travel across the border for publicity campaigns of films, which were permitted to be screened in Pakistan then. Quite inevitably, perhaps, paranoia was running high in the Indo-Pakistani relations following the partition.

As an aside, at this point, it may be mentioned that during the early 1960s, intelligence agencies had intercepted some signals of a radio transmitter from Dilip Kumar’s house in Bombay with a contact in Pakistan. When the transmitter was located, the legendary actor had clarified that he was fond of Pakistani music. Since the Pakistani radio had been banned, he had to resort to the transmitter. An investigation committee concluded that the actor was innocent. 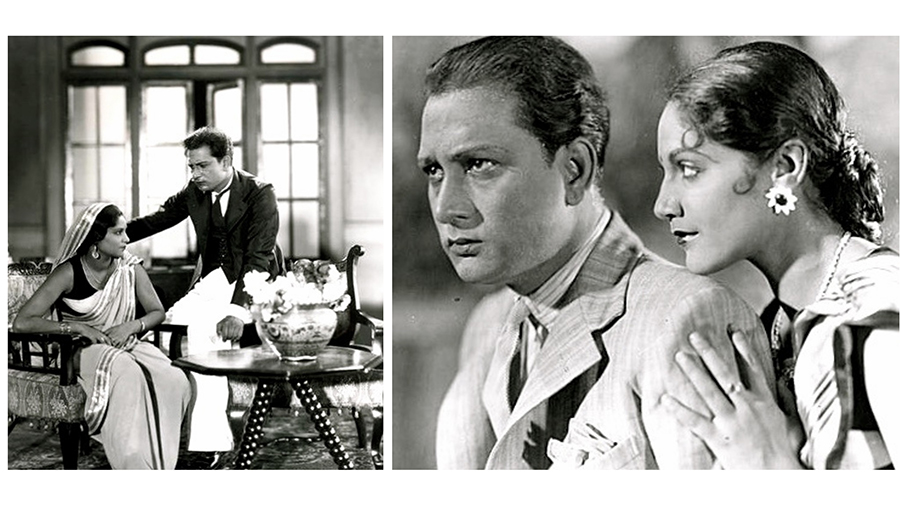 However, in the case of Pramila the damage had been done. Her property and assets, in the process, were requisitioned. Abandoning all the trappings of stardom, Pratima would travel in buses and trams to fight court battles. It is believed that she had to juggle her film finances to fob off auctions on two occasions and a civil injunction on another. To an extent, Pramila’s story has a parallel with that of Mary Ann Evans of Australian origin, who was canonised as Fearless Nadia for her death-defying stunts in a series of films, 1935 onwards with Hunterawalli. Stunts are where the similarity ends though.

A narrative, if one is ever attempted, on Pramila’s life, is way more complicated and eventful. Born Esther Victoria Abraham to a migrant Iraqi Jewish family in Calcutta, her father was a businessman. One of his companies would lay railway lines and construct signal stations contracted by the British government. After her mother passed away, Esther was doted upon by her paternal grandmother, after whom she had been named. As her father’s business fortunes declined, she was enrolled at the affordable St James School, where she became a hockey champion. And since she excelled at drawing, she received a degree in the arts, administered  by Cambridge University.

However, Esther was inexorably drawn towards a career in either films or theatre. Initially, during the fledgling years of talkie cinema, she performed dances during the 15-minute breaks when the reels would be changed by the projectionist. Eventually, she was spotted by a director who cast her in The Return of the Toofan Mail, which was never completed. 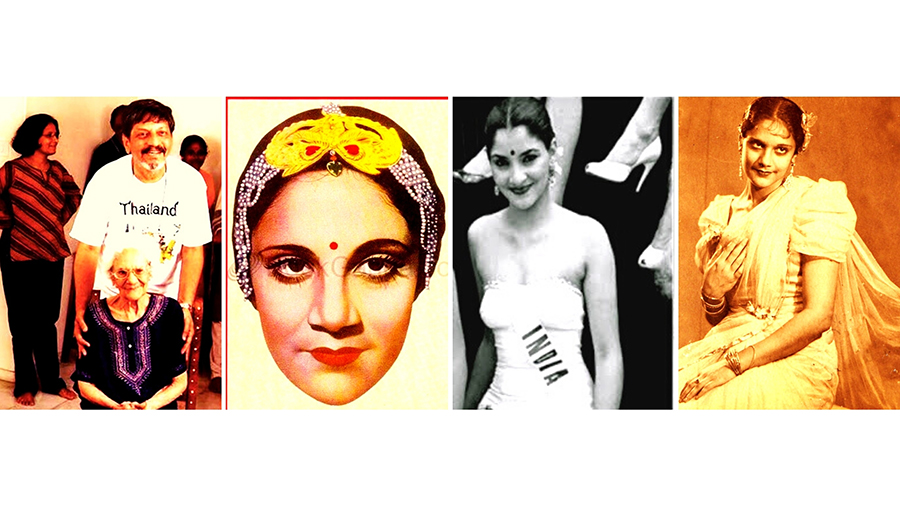 Yet she had been noticed by film producers in Bombay. Next, she played a westernised vamp in Bhikaran (1935), which became quite a rage with the audience. The influential actor-producer-writer-director Baburao Pendharkar gave her the screen name of Pramila and she was on roll, becoming a much-adored star, albeit stereotyped as a ‘bad girl’ with Ulti Ganga, claimed to be the first version of Mother India, and Jungle King, Jhankar, Our Darling Daughter, Maha Maya, Basant, Bekasoor and more.

Her private life, meanwhile, went through a convoluted  twist in the plot. Suddenly, in 1939, it was announced that she had performed a nikaah with the already-married Shia Muslim Syed Hasan Ali Zaidi, whose screen name was Kumar (still remembered as the rebellious sculptor of Mughal-E-Azam (1960).

She changed her name to Shabnam Begum Ali in the nikhahnama, but did not give up her Jewish faith. The couple were together for 22 years in the course of which they lived lavishly - regulars at the ballroom of the Taj Mahal Hotel, given to fast cars and betting recklessly at the Mahalaxmi race course. From all accounts, she received tempting offers from Hollywood, which could not fructify because of the outbreak of World War 11.

The couple had four children: Akbar, Asghar, Naqi and Haider who were encouraged to follow the tenets of both Muslims and Jews. Quite ironically in retrospect, when she was pregnant with her fifth child, Eshter had received the Miss India trophy from Morarji Desai at a ceremony conducted at the Liberty Cinema. All seemed to be going well with the marriage, till Kumar decided to move to Pakistan to seek a more flourishing acting career there. Pramila refused to leave India without a second thought, and continued to act at the Bombay studios right till the completion of Murad (1964). 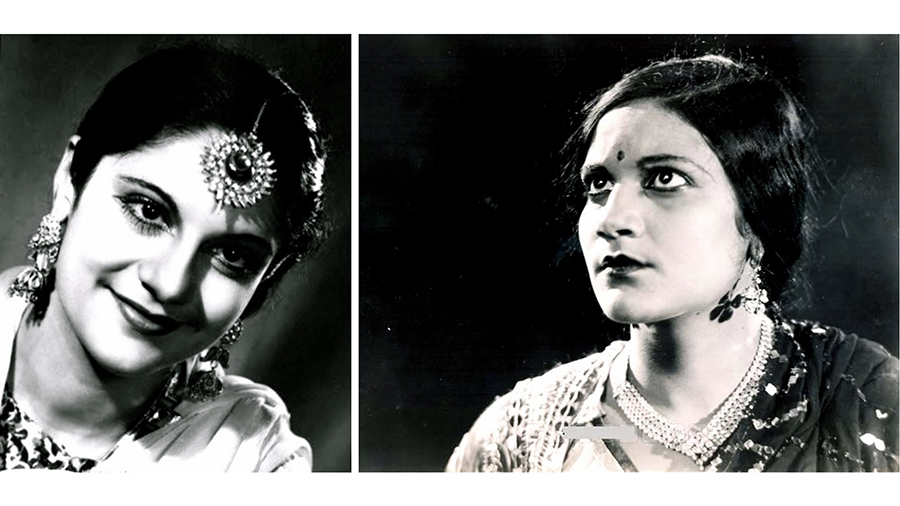 With her advancing years, roles dried up. Fortunately she had managed to acquire a home in Shivaji Park for her extended family. Consistently unfazed, she next attempted to launch her daughter Naqi Jahan in show business. The statuesque Naqi became a much-in-demand model and acted in three films Aakhri Khat (1966) - one of the early films of Rajesh Khanna directed by Chetan Anand, Samaj ko Badal Dalo (1970) and Ek Khilari Baawan Pattey (1972).

Disenchanted with the glamour world, the daughter married Viram Kamdar, the owner of the Kamdar Furniture Stores at Churchgate and changed her name to Nandini. Of the five children of Pramila, Haidar remained supportive to his mother in order to run the kitchen fires. He became a stand-up comedian for a while, appeared in TV series and went on to write the screenplay of the Hritihik Roshan-Aishwarya Rai blockbuster Jodhaa Akbar (2008), in which he also essayed the role of a Sufi saint.

In an interview, Haidar has stated, “My mother was gifted by God with internal power and strength. On the home front, she kept the family together through the toughest times”. Five months short of her 90th birthday, she passed away in 2006 and was buried in Jewish cemetery.

To be sure, the curious story of Esther Victoria Abraham/Pramila has been sufficiently chronicled, especially on niche websites. Yet how many of us, across generations, have accorded her the status of a truly independent achiever? After all, she stands out to date for her unwavering belief in secularism, for her dedication as a housemaker - who was also a film star and producer and above all, a feminist to the core. If she doesn’t deserve a biopic or web series, who does?