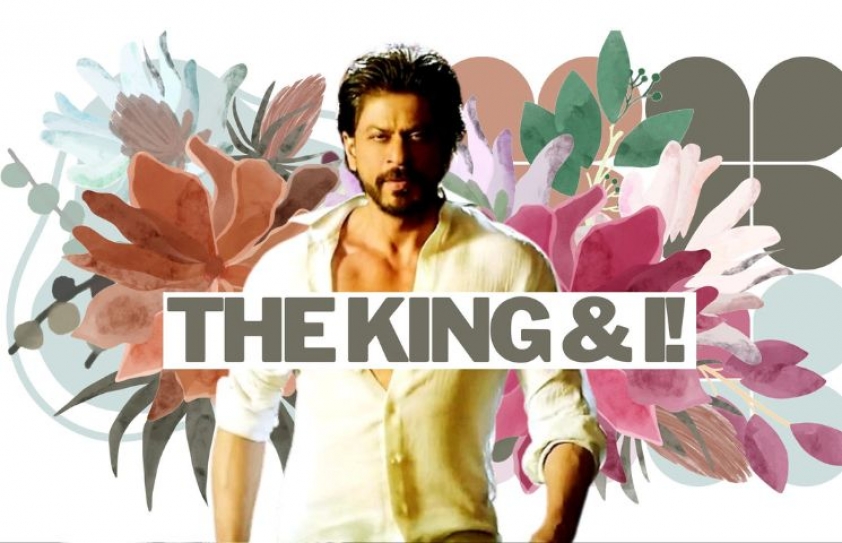 Inspired by the buzz of his film Pathan, which is crazily gripping media, Monojit Lahiri goes back to 1989, New Delhi when he first met SRK - and recalls another day.

It was actually my daughter Rohini who set the ball rolling, by constantly blitzing his name like a mad mantra. As a freelance film journo into the stuff for over two decades and having interacted with the coolest cats in Bollywood, ShahRukh Khan in 1989 meant zilch to me.

My daughter, however, insisted he was a dreamboat in a brand new TV serial named Fauji. The youth-quake that he seemed to be causing did indicate excitement, but the ‘box’ was not my scene and uniformed capers played out by rank amateurs was hardly my idea of visual whoopee. But my daughter wasn't going to give up so soon! Reluctantly, I was forced to sit through one episode and at the end I had to admit that the kid was the best thing in that episode.

Sexy and attractive in a gawkish and clumsy sort of way, Shah Rukh emanated oodles of charm that connected directly, hot n' heavy with the other sex. My normally sane wife, too, had a funny look after the episode was over. Totally aware of the impact SRK had made on me, Rohini wasted no time in going for the kill. She whipped out his phone number (how on earth did she get it?) and pleaded with me to call him up immediately! C'mon, I was a film journo, right? I had a name and track-record, right, so where was the problem calling up this exciting new star now? Trapped, I called.

It wasn't the Bachchan baritone, the charming Shashi, the flamboyant Shatru or the cultured Naseer who was greeting me from the other side of Dr. Bell's instrument. Shah Rukh sounded exactly like he was supposed to in 1989. Part-surprised and part-dubious at this call from a journo inviting him for a cup of tea and an interview to be published in Delhi's largest circulated English language daily. He was polite, slightly tentative but agreed immediately. 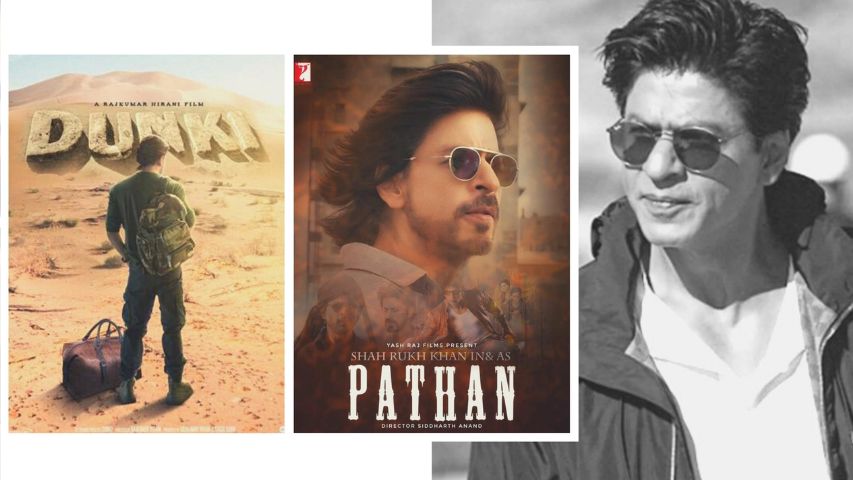 He was taller than I expected, slimmer than what he is today but wiry and had a very interesting face. Not handsome by any stretch of imagination, he was however undisputedly arresting and attractive in an unconventional way.

High on energy and restless, he spoke fast (twenty to the dozen) and regaled us with hilarious stories of how elderly socialites of the diamond-dripping, perfume-soaked kind drooled over him at boring parties, which he was sometimes forced to attend, while he shrank back from their aggressive advances in quiet terror! He also spoke about how he got his star-part in Fauji on the rebound, fun at the shoot, the bewilderment at the mass-hysteria about his performance (“but I am not complaining!”), his respect for his mentor, theatre director Barry John, his being unsure about his future.

Shah Rukh appeared keen on a movie career but of the ‘entertainment’ variety, nothing arty. On the whole, he came across as a new young, raw and confused person suddenly swept by a manic wave of public euphoria and not quite sure how to deal with it. He gave me the distinct feeling of one ambushed by fame. We bid each other goodbye. I wished him luck and promised to get back to him once the story was published.

When the interview did appear a couple of weeks later, I think his first-ever in a mass circulated daily, I was out of town. On returning I was informed that there had been several calls from the Khan household. I returned the call and found myself in conversation with a wonderfully warm and gracious lady who introduced herself as Shah Rukh's mother.

She thanked me profusely for the article and immediately invited me to tea at her place. That Chai-ki dawat marked the beginning of a long and wonderful association with Mrs Khan. A loving and devoted mother, she dreamed of Shah Rukh making it real big one day. She was full of stories of his childhood, school days (St Columbus) theatre, sports (hockey and Football), and was convinced that with luck on his side, he would go places. (What a pity she didn't live to see her son reign supreme).  She never tired of expressing how hugely popular her son was after Fauji. Shah Rukh, for his turn, appeared a little embarrassed at times, but as a loving and caring son chose to be silent. Later, during our one-on-one's he was far from silent! By then, he was a big TV star with offers from Mumbai, Ketan Mehta, Aziz Mirza, Mani Kaul. While he accepted them and gave his best to those projects, he secretly wished the big-banners would cast him in author-backed roles soon. "I wonder when that will happen," he would often wistfully say. I invariably ended up assuring him that good times will arrive very soon. I wonder if he ever believed me. 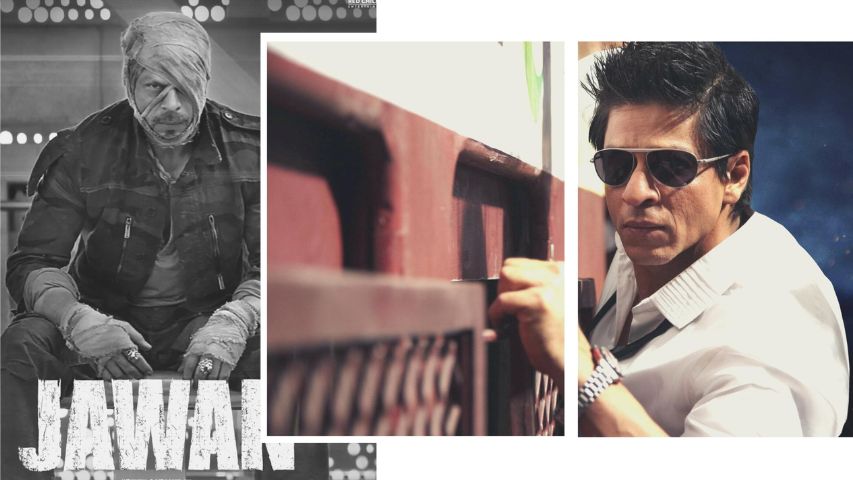 One day I got a call from Shah Rukh. He needed to see me immediately. Sure, but what happened? "Aaap bahut khush honge but please don't write about it as yet". The, Sippy's were going to launch him in a big glossy vehicle with Juhi Chawla to play his heroine. Wasn't that fantastic? The details were being worked out, but shhh… not a word, please! The film in question turned out to be Raju Ban Gaya Gentleman. Shortly after, he left for Mumbai forever and we lost touch.

A few years later, on a trip to Mumbai, I phoned him. He was warm and invited me to his shoot at night. Since I was leaving I couldn't attend. Within a short time (Baazigar, Darr) he was to zoom to star status, moving from strength to strength with magical speed.

He hasn't looked back, but for me memories of two very special incidents standout, the sweet and thoughtful young man who dutifully dropped me and my family back home after an "eid" party hosted by them at their family restaurant Khatir at Safdarjung, insisting, "Ye to hamara farz hai, varna ammi dategi!" The other, taking the trouble to enquire about my new address, since we had shifted residence, locating it with great difficulty, to invite us to his wedding all those years ago.

Today it hardly matters that we almost never meet. However, as a Bollywood-tracker and film critic, I’ve closely watched his career rocket from Fauji to all those mega-hits and continue to be filled with endless awe and admiration! Like the great Big B, he was a rank outsider with no bloodline or experience of/in masala land. From there, blending hard work with self-belief and guts galore (which newcomer would ever touch a negative role like he did in Darr starring big star/hunk Sunny Deol and flavor of the day heroine Juhi Chawla in the lead and demolish them, in style?) he just kept zooming up, till he found his true calling in DDLJ, after which he was and remains the Baadshah of Romance!

Today, he has turned on the heat to not only play star attraction but also produce films and take total 360 degrees control, with energy levels and marketing chutzpah that is mind bending! Rocking it at the top for over two decades in such a crazily competitive and uncertain line of work, seducing new fans by the truckloads every second across continents, attracting rock-star like hysteria whenever, wherever and through whichever platform (chat-shows, reality shows, award functions, events, concerts, launches, private events) he graces, SRK has spawned a kind of power-base unheard of in the annals of Indian showbiz history!

Witty, articulate, media-savvy, audience-friendly, but never losing his human touch, SRK remains one of a kind. Right now he may be going through a bit of a low, but knowing him, he will surely return very soon with a bang! Baazigar or Baadshah, Rahul, Raj, Don, G.One or Zero, Shah Rukh, for me, will always remain a very special guy. Chak De buddy!  Kabhi alvida Na Kehna…