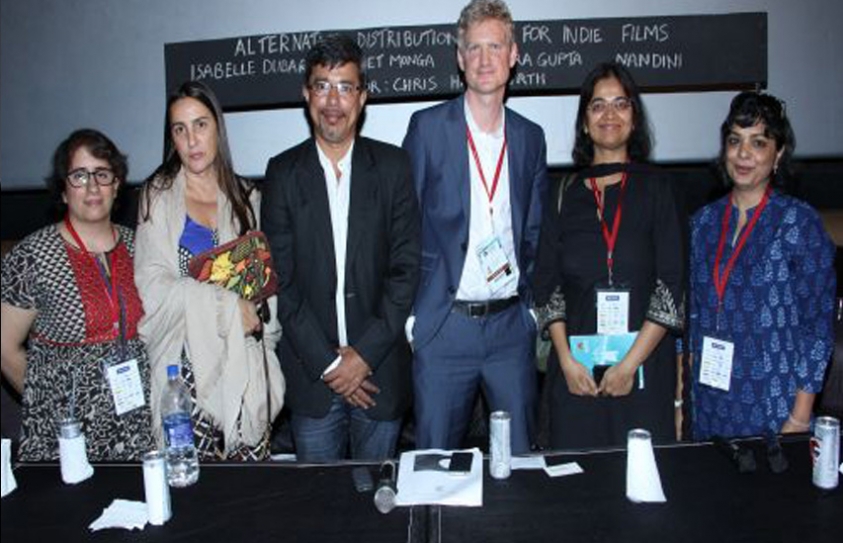 The movie marathon continues on Day 3 of MAMI

For two consecutive days, entertainment has been aplenty at the 15th edition of the Mumbai film festival presented by Reliance Entertainment and organized by the Mumbai Academy of Moving Image (MAMI). Day 3 was no different.

At noon, Metro Big Cinemas was abuzz as Oscar Academy member and Head of Stereoscopic Department, Walt Disney Animation Studios, Robert Neuman discussed the vagaries of 3D technology. In ‘Getting Perspective : The Art and Science of 3D Motion Pictures’ he shed light on adapting big-screen 3D effects for video, before-screen vs behind-screen 3D convergence and where stereoscopic 3D film production may be heading in the future.

Iterating that the audience should enjoy the final product Neuman said, “In 3D there is always a balance between depth and comfort. Our philosophy at Disney as far as 3D is concerned is making the viewing comfortable for the audience.”

The event was drawn to a close with thanks to the main sponsors: Reliance Entertainment and special thanks to the Government of Maharashtra, Venue Partner Vivanta by Taj President, Liberty Cinemas, Cinemax , Metro Big Cinemas. Reliance Media Works and Real Image.